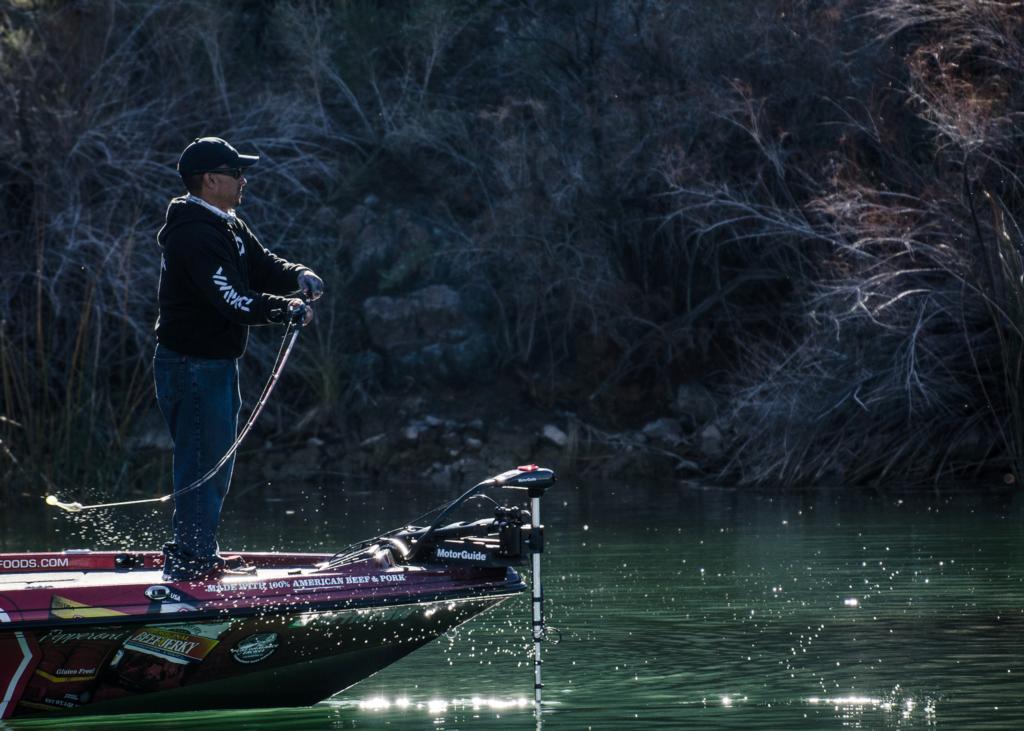 By the end of the Rayovac FLW Series Western Division event presented by Mercury on Lake Havasu it was clear that to do well you needed to match the hatch so to speak. Imitating shad was the primary method used to elicit strikes from prespawn smallmouth and largemouth. Targeting areas the fish eventually planned on spawning in with vibrating swim jigs, swimbaits and soft plastics did the job. Here’s a look at the top baits from Lake Havasu. 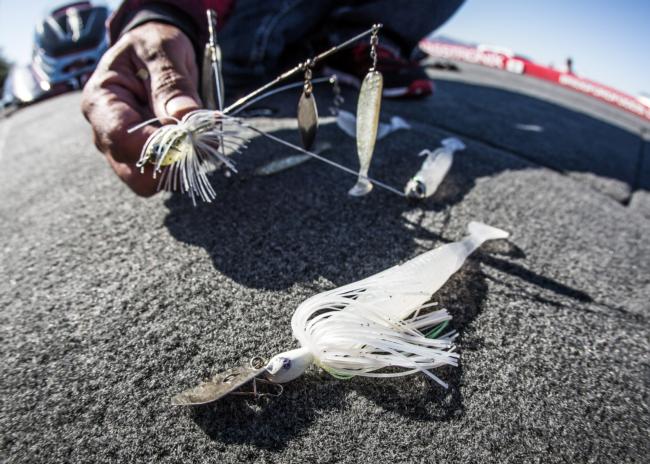 1. Joe Uribe Jr. located quality largemouth in practice and throughout the tournament using two main baits. The first was a Basstronix umbrella rig paired with Reaction Innovations Skinny Dippers. The second was a white Z-Man ChatterBait tipped with a matching Skinny Dipper with the tail dyed chartreuse. 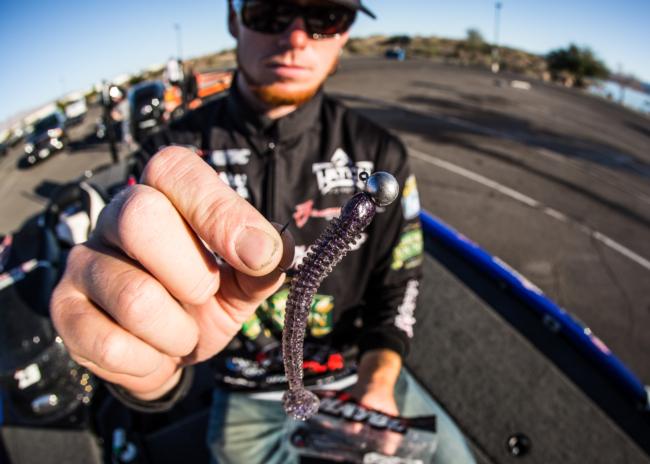 2. Josh Bertrand kept a variety of baits on his deck during each day of competition. The one he reached for most often was a Berkley Havoc Beat Shad rigged on a ¼-ounce ball-head jig. 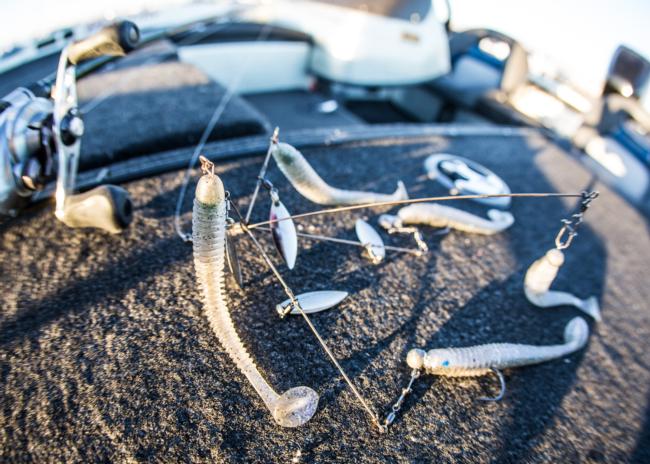 3. Scott Hellesen utilized a homemade umbrella rig featuring four blades and five wires. He made two versions – one with two hooks and the other with three. If he was in Arizona waters he’d use the two hook version and if in California he used the three hook model. 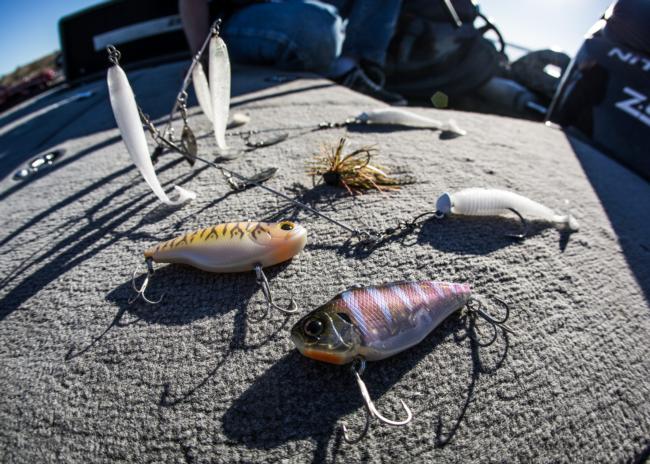 4. Local ace Shaun Bailey used several baits to target both species – though he weighed a majority of smallmouth. One option he gave the bass of Havasu was the Bailey Rig (a five wire, five bladed umbrella rig) matched with Predator and Keitech swimbaits. If they didn’t take that then an Evergreen C-4 Jig or Buzzer Beater did the trick.

5. Another local who took his first top-10 finish in a Rayovac was J J Gibbs. He flipped a brown and green pumpkin Gibbs Jig matched with a Zoom Speed Craw in the tules and used a pearl and olive colored Z-Man ChatterBait on the edge. 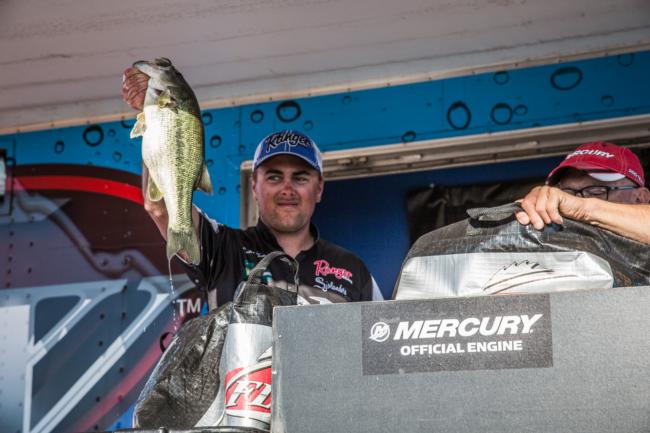 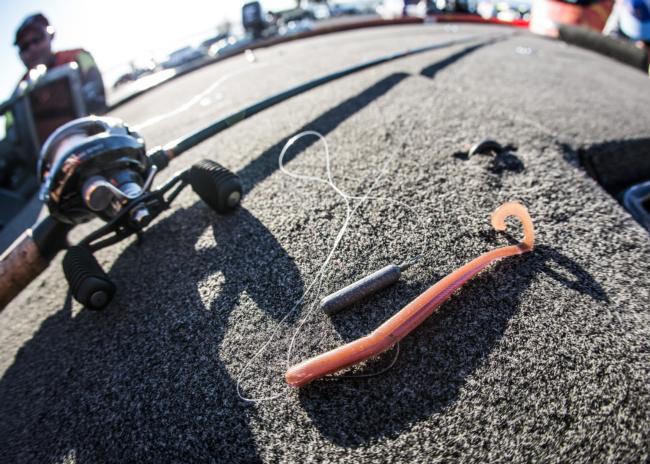 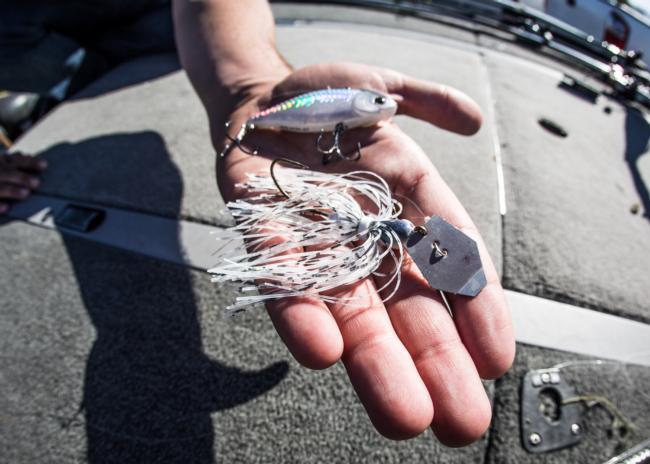 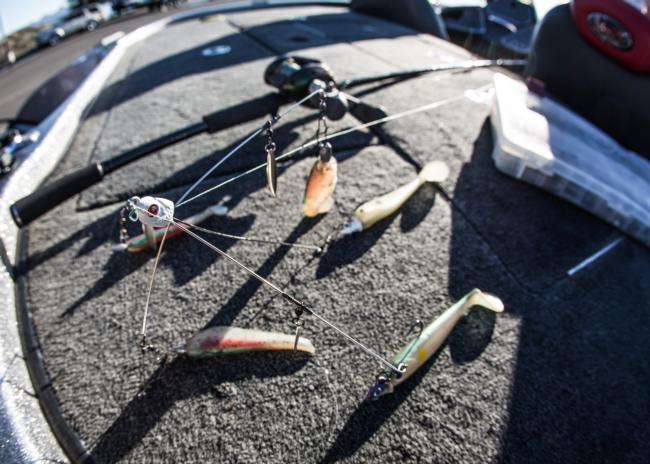 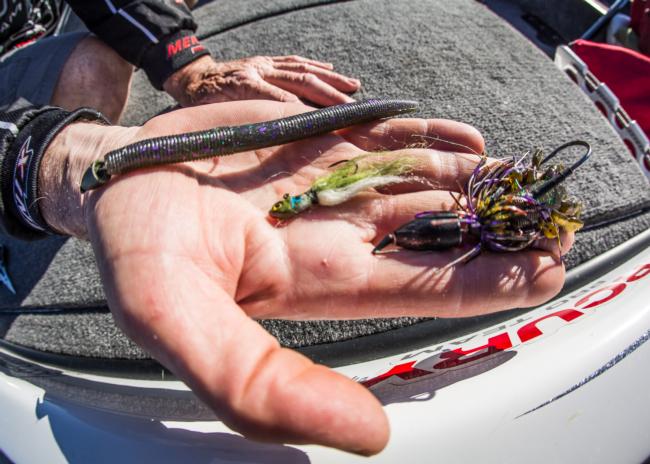 10. Charlie Weyer flipped an 1 ¼-tungsten weight with a punch skirt (sprayed grass color) and a Yamamoto Flappin’ Hog. He also threw a Senko with a ¼-ounce weight and Spro Phat Fly on the edge of the grass to round out the top 10.