Diversity, competition and the flow of information have turned east Tennessee into a hotbed of professional angling talent 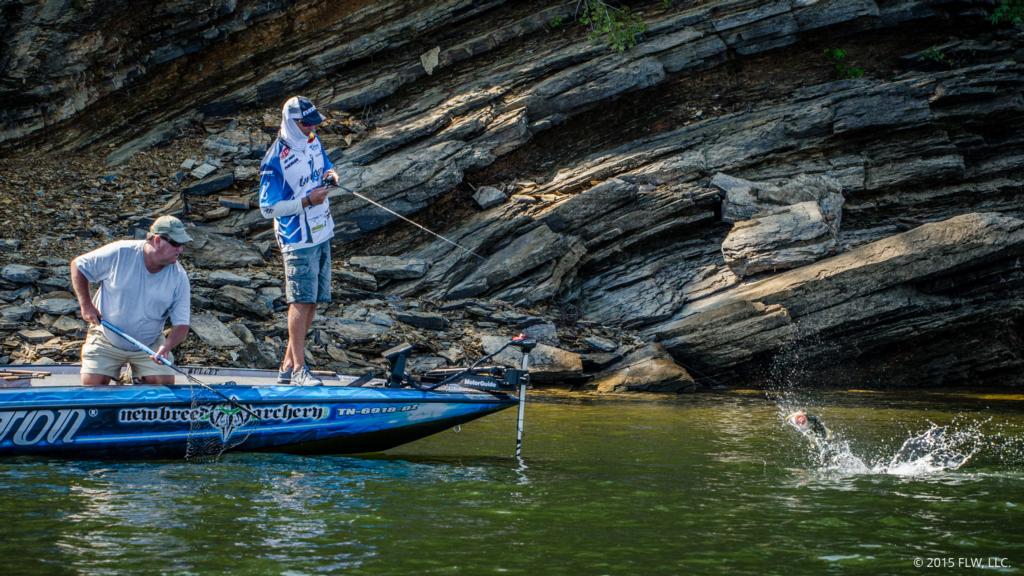 East Tennessee, and more specifically, the eastern portion of the Tennessee River Valley, has been a consistent breeding ground for some of the best professional anglers in the sport of tournament bass fishing. From rural towns in a triangle formed by the cities of Knoxville, Nashville and Chattanooga have sprung the well-known fishing names of Andy Morgan, Wesley Strader, Jack Wade, David Walker, Craig Powers, Dwayne Horton, Ott DeFoe and Brad Knight – just to name a few. 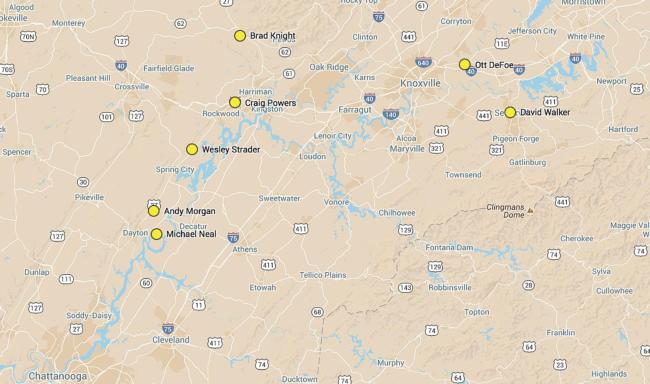 So why is east Tennessee such a hotbed of talented anglers? For those living in this bassing triangle, the answer is clear: Extremely diverse fisheries and intense regional competition, combined with the sharing of fishing knowledge, forms a fishing culture that creates great bass anglers. 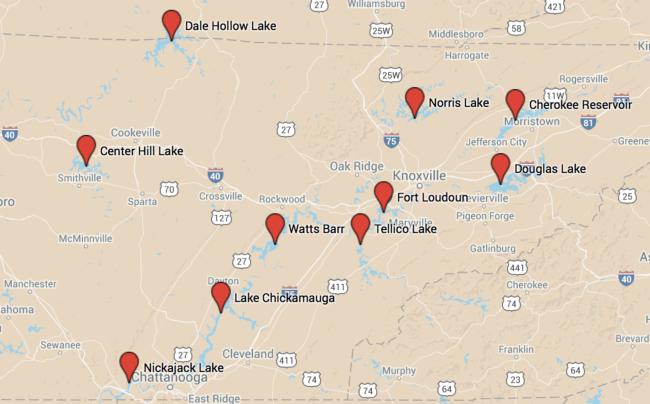 It could be argued that those who live in east Tennessee have the closest access to the greatest array of bass fisheries on the planet, both within that state or within a short drive in neighboring states.

There’s the highland impoundments of Norris, Douglas and Cherokee; the flatter and shallower Fort Loudoun, Watts Bar and Nickajack; the grass-infested Guntersville; Wheeler and the current-driven Wilson and Pickwick; and Florida-bass-filled Chickamauga. Nearly every form of bass fishing is available.

Additionally, each of the three major bass species is represented throughout the system. Also within easy reach of the area are lakes famous for one species or another, such as Dale Hollow and its smallmouths or north Georgia’s spotted bass reservoirs.

With the variety of fisheries and fishes comes the opportunity to hone many skills.

“Within two and a half hours of my driveway, I can take you to just about any kind of specialized bass fishing you want to do,” says Morgan, a two-time Walmart FLW Tour Angler of the Year. “From deep-water drop-shotting for spotted bass to current-oriented smallmouths, from punching matted grass to skipping docks, from flipping bushes to deep cranking, from sight-fishing to spooning deep offshore structure – you name it, we have it.”

Strader says the fishing education he got in east Tennessee is an irreplaceable component of his success as a traveling tournament pro.

“I learned about deep structure fishing with electronics on Douglas,” he says. “They pull that lake down, like, 60 feet in the winter, and you can see exactly what’s on the bottom of the lake with your own eyes. In the summer, when the water is up, you can go look at those same places on your graph to learn exactly what mud, gravel, rock, foundations and roadbeds look like on electronics. That kind of knowledge is critical when you start touring the country and going to unfamiliar lakes.”

Knight, of Lancing, Tenn., probably sums it up best: “Just about the only thing we don’t have around here is a tidal river,” he says, “but, dang, you can’t have everything!”

At least four divisions of the Walmart Bass Fishing League – Mountain, Music City, Choo Choo and Volunteer – factor into the fiercely competitive east Tennessee tournament scene. In addition, the Tennessee Valley has always had a rich history in regional team tournament competition. The Bass Federation got its start there. And circuits such as Jerry Rhyne’s Hungry Fisherman, Angler’s Choice, B.I.T.E and Reeder’s played a big part in launching some of today’s bass fishing stars.

Recently, Knight became the latest professional angler to make history from east Tennessee. In August, he won the Forrest Wood Cup on Lake Ouachita, putting his small hometown on the fishing map. Knight is the first to credit his win to the education he received at the school of hard knocks in east Tennessee.

“The very technique I used to win the Forrest Wood Cup I learned while trying to compete in ‘wildcats’ on Old Hickory,” Knight says. “The competition in this part of the country is so intense it’s mind-boggling. When you compete with this bunch over here, you have your hands full every time you put the boat in the water. We have guys over here who could make a living on the national pro circuits, but they have no interest in chasing Tours all over the country. They love fishing right here around home where it’s hard enough to win a three-hour ‘fruit jar derby’ any night of the week.

“I learned so much of what I know about bass fishing from those team trails,” he adds. “I am indebted to guys like Craig Powers, James Nuckols, Wesley Strader and so many others. Back then they were the big-time pros. I can remember Wesley having a Fujifilm boat and what a big deal that was in our team tournaments.”

What Knight remembers the most about the “big-time pros” from east Tennessee when he was coming up was how approachable and helpful they all were.

“I could ask those guys anything about a certain lure or technique, and they would teach me everything they knew about it,” Knight recalls. “I eventually became team partners with Craig and great friends with Wesley. So many of those team-trail guys are such fierce competitors, but at the end of the day they want to share what they’ve learned. I couldn’t be prouder of my roots here in east Tennessee.”

Farther to the east in Knoxville, DeFoe can identify with what Knight is talking about. As a teenager, he jumped headfirst into the tournament-fishing culture in east Tennessee.

“I grew up watching and learning from all those guys in the big regional circuits here,” DeFoe recalls. “Fishing against them is still a true gauge of competition because they are always on the water keeping up with what the fish are doing.”

DeFoe says two anglers in particular were instrumental in his career: Jason Nichols and Mark Mauldin, both from Knoxville.

“Jason took me under his wing as his team partner when I was just a teenager,” DeFoe says. “He was fishing the pro circuits at the time, so fishing with him in local events around here was a huge deal for me. He brought the cutting-edge tackle and techniques from the national tours, and I ate that stuff up.”

From there DeFoe went on to earn his stripes in the BFL Mountain and Choo Choo divisions before moving on to the pro level.

“Looking back on it, I consider myself especially blessed to have grown up in Knoxville,” DeFoe adds. “I don’t know that I could have learned so much about bass fishing so fast anywhere else.”

A Solid Home Base

These days, any bass angler can compete in tournaments close to home thanks to weekend circuits such as the BFL and club events hosted by TBF. But for a professional angler who spends most of his time on the road, a strategic central base is important for balancing the logistics of the tournament trail. That’s another reason the area is ground zero for so many touring pros. Within a day’s drive in any direction are some of the most popular tournament waters in the nation.

Basically, east Tennessee has everything a bass angler wants and needs to one day make a go at it on the professional level. And that’s something that folks in the mountains and valleys of Rocky Top are right proud of.

“Bass fishing is more than a sport here,” Morgan says. “It’s a heritage and a culture – a way of life. People here work hard and play hard, and when they play, they work hard at fishing and hunting. It’s in their blood.”

Is this the New Bass Fishing Capital of the South?