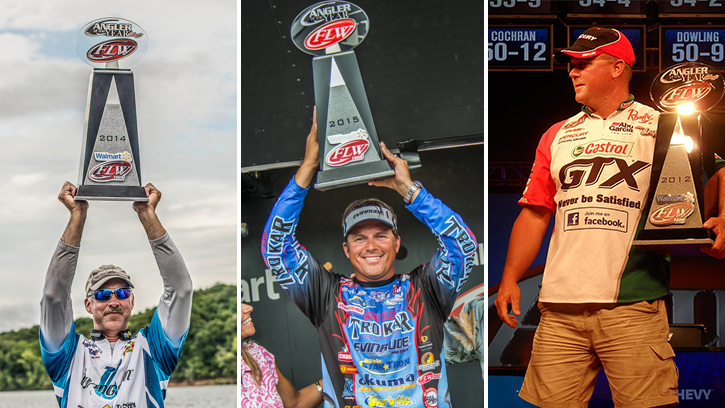 (This article is a component of the 2016 Walmart FLW Tour Preview. To see the entire preview package, click here.)

Winning the Angler of the Year title is a tremendous feat. It can solidify a budding career or affirm a veteran’s status among the best. It also comes with a hefty reward – $100,000 and early entry into the 2017 Forrest Wood Cup.

Who’s in the hunt for AOY typically dominates the conversation in the latter half of the season, but our pundits got a jump on the discussion with early predictions for the 2016 Walmart FLW Tour AOY: 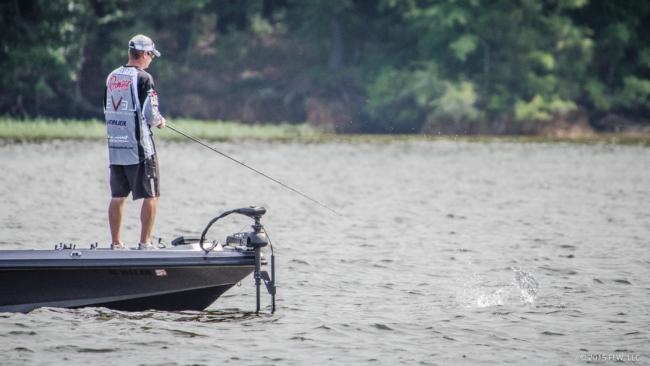 In 2014, when the FLW Tour fished nearly the same roster of fisheries, Anthony Gagliardi made the Forrest Wood Cup on only five tournaments after his mistake caused his disqualification at the opener on Okeechobee. Plus, if you swap in Lake Hartwell for Lake Murray, this season visits all the same places as the 2006 season, when Gagliardi won AOY. Though he’s got one bad tournament on his ledger at Champlain, Gagliardi finished second at the season-ending destination in 2009. Add it all up, and you’ve got a good-looking schedule and one of the most well-rounded anglers on Tour set to collide. Gags is due for a killer AOY finish, and this might be the year he puts AOY trophy No. 2 on the mantle. 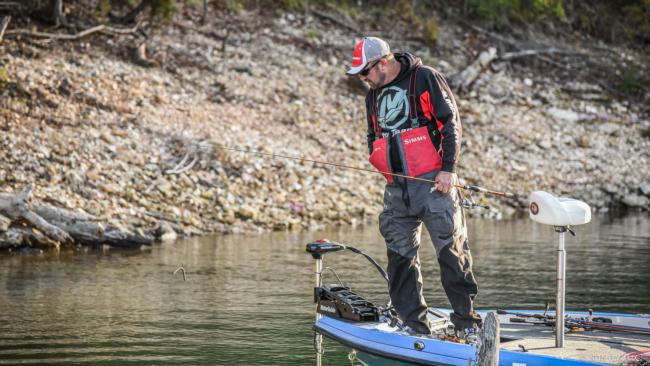 The wacky worm king himself is going to have an outstanding 2016 season. In 2012, he won the Beaver Lake and Lake Champlain events. With this schedule, I could easily see him winning two of the six events again. However, Dudley will have to kick things off right on Okeechobee. He’s done well there in the past, but that was back when Okeechobee was a lot tougher, and much lower weights were needed to win. Plus, of his three AOY seasons, only one kicked off in Florida (on Toho), and none opened on Okeechobee, which is a pretty regular stop for the opener. Keep your eyes on him in the first event to see if he can wrestle the gators and start the season off right on the Big O. 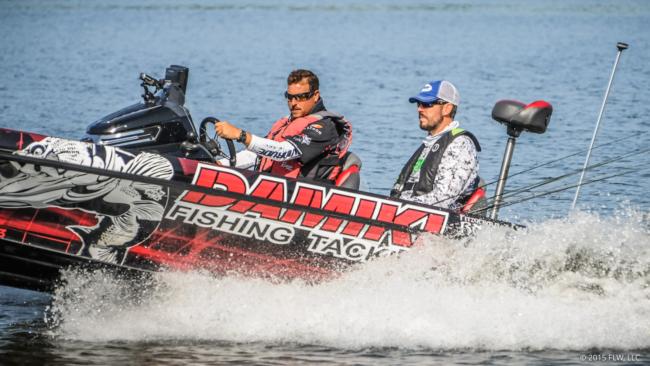 Bryan Thrift seems primed for another AOY title, given that the Tour stops on some of his favorite fishing holes. He's won on Beaver Lake and Okeechobee, and has had strong tournaments on Lake Hartwell and some of the Tennessee River impoundments. If Thrift comes out of the gate strong, look out. The last three tournaments – at Pickwick Lake, Kentucky Lake and Lake Champlain – will tell the tale as Thrift hasn't dominated events on those lakes. Thrift is a safe bet any way you look at it, though. He's already claimed one AOY (in 2010) and hasn't finished lower than eighth in the annual standings since then. 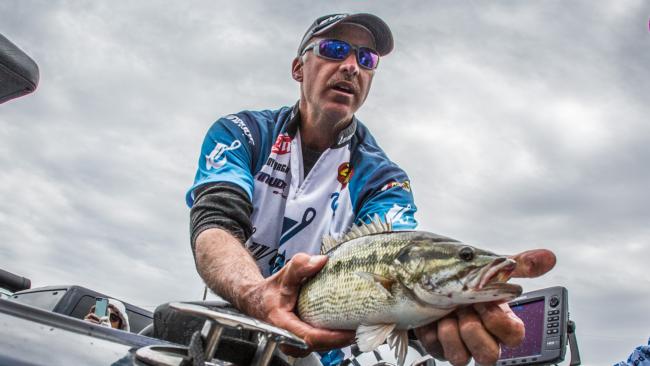 I think we are going to see a repeat of the 2014 AOY race, with Andy Morgan beating out Cody Meyer for the title. Andy Morgan might be a “safe” pick for AOY, but the numbers add up. The schedule is similar to that of 2014, with Lake Champlain replacing Sam Rayburn. Sam Rayburn was Morgan's worst finish of 2014 (he finished 22nd, which is still impressive). Morgan finished fourth the last time the Tour was at Champlain. I believe 2016 will bring Morgan's third AOY title in four years. 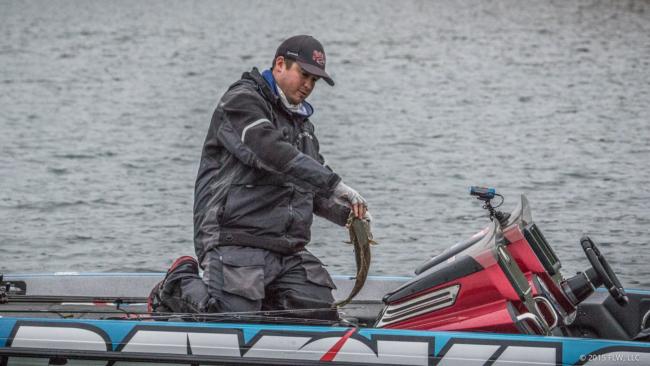 When thinking ahead to the 2016 AOY title, I think I will go with my gut and pick Auburn, Calif., pro Cody Meyer. In 2014, Meyer produced otherworldly results, and if it weren’t for the superhuman performance of Andy Morgan, Meyer would already be an AOY winner himself. I think that Meyer will get back to his stellar ways in 2016 with the disappointment of finishing in the runner-up slot in 2014 behind him, along with the happy distraction of becoming a father in 2015. Even with that “distraction,” Meyer still finished 13th in the AOY points. Since his second season on the FLW Tour in 2011, Meyer has not finished outside the top 15, and I anticipate he will be right there challenging again in 2016. 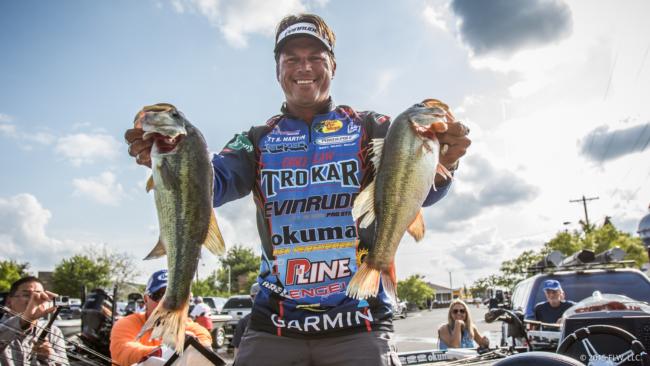 After a phenomenal 2015 season on Tour, which culminated with winning AOY, Scott Martin seems to be in the right mindset to chase back-to-back AOY titles. He is known for his ability to win tournaments, but now that he has tasted the success that comes with consistency and has won an AOY title, you can bet it’ll happen again. The schedule sets up beautifully for Martin with the season starting and ending on two venues where he has won before – Okeechobee and Champlain. The 2014 schedule was similar to this one, and he took a top 10 in points that year. His years of experience and mental toughness make him a great pick for AOY. 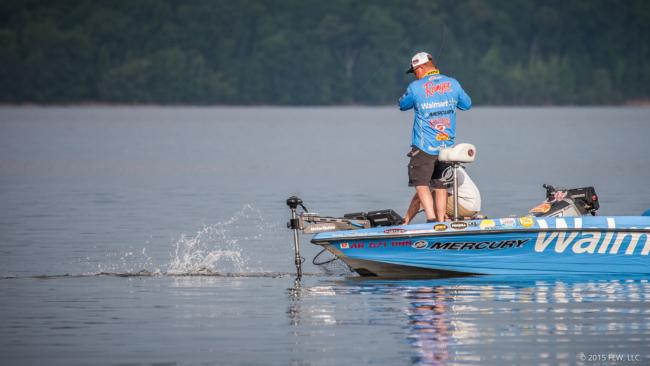 Long before he became the “Ledge Master” of the Tennessee River, Mark Rose was a well-rounded professional angler who made a solid living on the pro tours through his versatility. Though he gained a lot of notoriety for his ledge-fishing skills over the last decade, Rose is a tremendous shallow-water fisherman as well. With two Tennessee River events in his ledge-fishing wheelhouse and four other venues he is quite familiar with on the schedule, Rose is a likely candidate for the AOY award in 2016. Plus, 2015 was not exactly a great season for Rose, what with him finishing 76th and missing the Cup, so I would guess that the idea of redemption will add a little octane to his fuel in 2016. 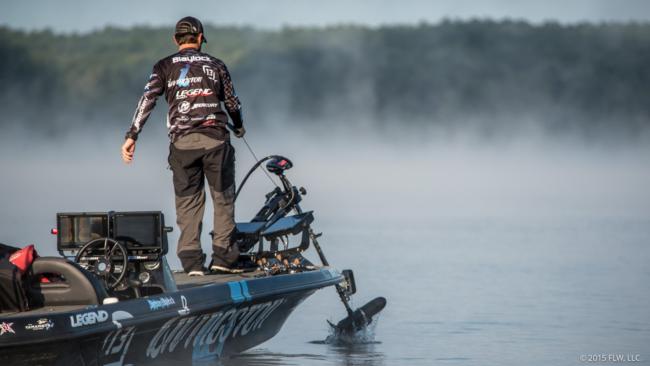 “Stets” is due. The Arkansas pro has finished as high as second in the AOY race and is always in contention. In 2015, he earned three top-10 finishes but had a 76th and 91st that derailed his AOY chances. I think he puts it all together in 2016. Blaylock simply has too much experience on these fisheries to bomb any event, plus he’s made the top 10 on three of the lakes – Beaver, Okeechobee and Hartwell. Blaylock can fish any technique, is approaching $1 million in earnings and benefits from his youth when it comes to grinding out a long tournament season. It’s strange to me that he’s not talked about more as one of the top 10 pros in the game. In my opinion, he’s easily among them. When he wins AOY this year, he’ll remind everyone why he should be counted among the best. 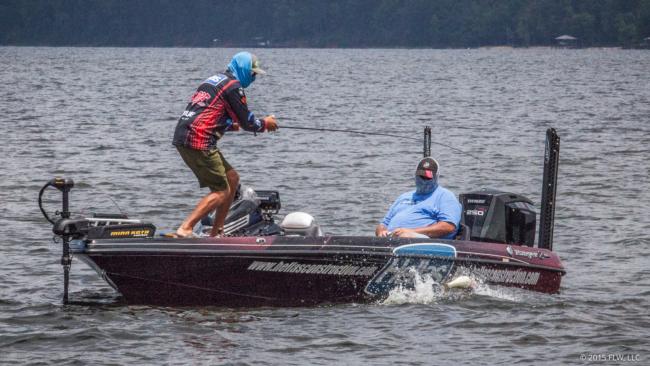 Anyone that knows me knows that I’m a stats nerd. That’s why I’ve chosen Wesley Strader of Spring City, Tenn., as my pick for the 2016 AOY. In the last five years on the FLW Tour Wesley has finished no lower than 17th in the end-of-the-year points race. He got off to a red-hot start in 2015, leading the AOY race for nearly two-thirds of the season before faltering in the last two events and finishing sixth. One other stat really stands out to me: Wesley has previous top-25 tour-level finishes at all six of the 2016 regular-season stops, as well as at Wheeler Lake, home of the 2016 Forrest Wood Cup. This is Wesley’s year.