COY Standings Tied at the Top 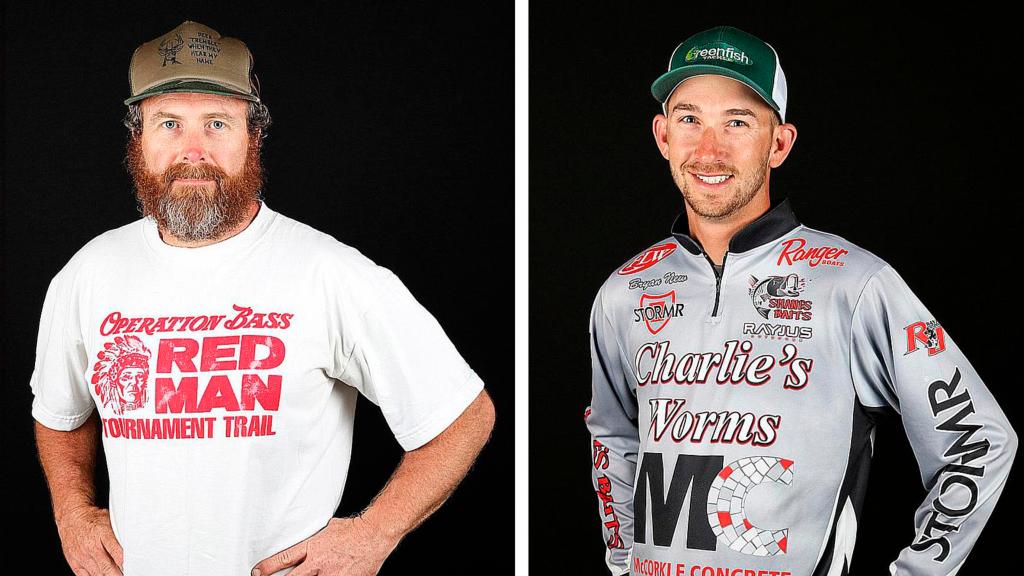 With two events left in the season, the Walmart FLW Tour Co-angler of the Year race is heating up. The top two anglers in the standings both amassed 726 points in the first four events. Chad Parks and Bryan New are duking it out, but there’s a third of the season left to go and several anglers behind them eyeing the top prize.

This season, co-anglers are also competing for COY payouts through 10th place and five slots in the new autumn FLW Tour Invitationals. Those events are being held on Lake Norman and Norris Lake. There, they’ll battle for the $100,000 top prize as well as a 2017 Forrest Wood Cup spot to the winner of each event.

Here’s a breakdown of the top five co-anglers in the standings. 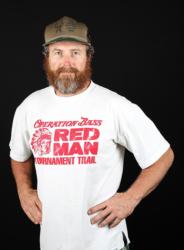 Parks leads the COY race heading into Kentucky Lake thanks to the total-weight tiebreaker that he won over New. His season started with decent finishes of 29th and 33rd place at Lake Okeechobee and Lake Hartwell, respectively. He’s since picked up the pace with an 11th-place finish on Beaver Lake and a fifth-place finish on his home fishery, Pickwick Lake.

The COY leader is in a good position heading into the final stretch of the season as Parks has plenty of experience on the final two fisheries – Kentucky Lake and Lake Champlain.

“I fished my second-ever tournament on Kentucky Lake when I was 13 years old,” Parks says. “I have 27 years of memories there, and it’s probably my favorite lake.”

Parks has fished tournaments at Champlain several times, including practicing with the likes of David Dudley, Jay Yelas and Matt Arey.

If he qualifies for the Invitationals, Parks says he likes his chances at Lake Norman.

“I have a lot of experience and love fishing there,” he says. “I’ve always cashed a check there.” 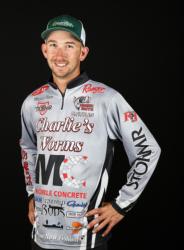 New started fishing the Tour as a co-angler in 2012. Since then he’s qualified for every Forrest Wood Cup. He’s never finished worse than fifth at the Cup and won it in 2014. Now that’s consistency.

With all the variables that fishing the Walmart FLW Tour as a co-angler can throw at an angler, New has rolled with the punches this year. He is yet to finish outside of the top 30. That has him tied for COY points and primed to qualify for the Invitationals.

New is the only co-angler in the top five to fish the 2014 Kentucky Lake Tour event, where he finished 35th. He’s only fished one Tour event on Lake Champlain but took 26th. His track record suggests he could keep his top-30 pace at the last two events.

Watch out for New if he makes it to the Lake Norman Invitational. He lives nearby, and while he says he hasn’t fished many tournaments on Norman, he’ll have time to figure out the lake before fall and will be considered a tournament favorite even among the Tour pros. A good finish there could be just what New needs to make his move to the pro side. 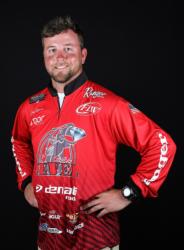 Just 12 points behind the two leaders is second-year Tour co-angler Joey Cifuentes, who finished fourth in the COY standings in his rookie year. This year, Cifuentes won on Beaver Lake, and now he’s gunning to win the COY. He also made the top 10 at Lake Hartwell and has stayed consistent throughout the season.

As Larry Nixon’s travel partner and protégé, Cifuentes has been on a path to fishing professionally ever since his days of college fishing at Southern Arkansas University.

His stats from the front of the boat support that claim. Cifuentes is fishing the Costa FLW Series Central Division as a pro this season and is in 14th place in the standings after two events. A COY title or Invitational berth might be enough to launch what appears could be a promising professional career. 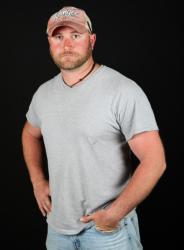 Anthony Goggins started the season with a 59th-place finish at Okeechobee but has been on a tear ever since. He followed that up with a runner-up finish at Lake Hartwell then 13th- and 23rd-place finishes.

Goggins has only fished the Tour as a co-angler one other year, in 2013, and he finished second in the COY standings.

“My roommate in college, Richard Peek, beat me out of COY in 2013, and after finishing in second in so many qualifiers [twice in 2013] and COY I had to take a break,” he recalls. “Then my travel partner, Braxton Setzer, won COY the next year, which is really what fired me back up.”

Goggins has a wealth of experience in many different FLW Bass Fishing League and Costa FLW Series divisions from the front and the back of the boat. Don’t be surprised if the hot streak continues and Goggins makes a push at the COY title. 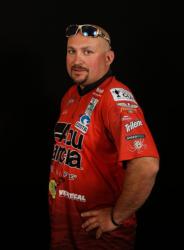 Tim Cales started off his sophomore season on Tour the right way. He won the opening event on Lake Okeechobee by more than 3 pounds. He then notched another top 10 at Beaver Lake.

Cales has found success as a co-angler at nearly every level. He’s qualified for three BFL All-American events as well as the 2015 Forrest Wood Cup.

If he stays inside the top five, Cales could be another player at the Norman Invitational. He fishes several BFL divisions around the Carolinas. Cales took third twice on Lake Norman in the BFL North Carolina division in 2014 as a co-angler.

The rest of the top 10 co-anglers: