Why roadbeds can be the ticket just before the cold comes 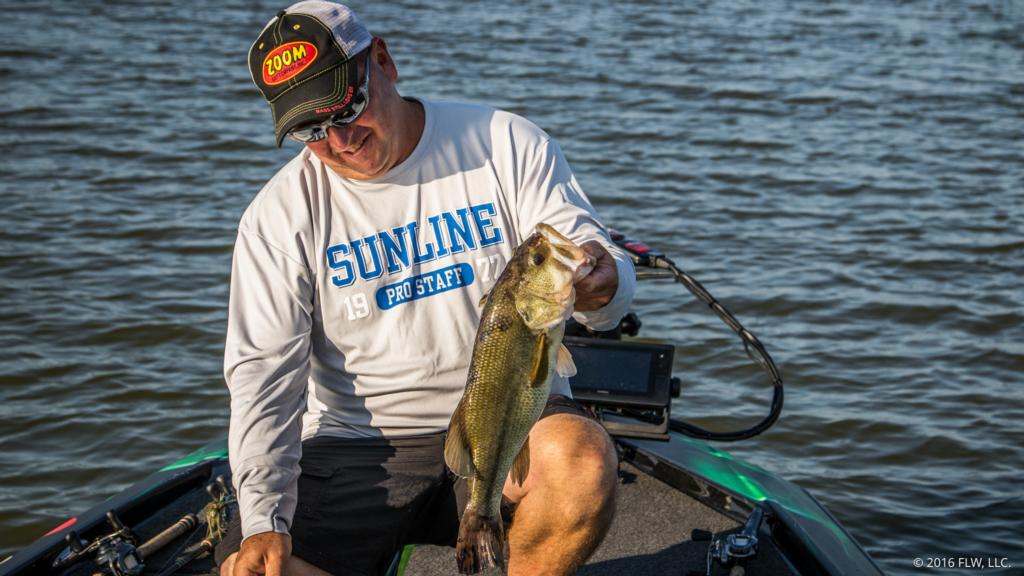 Come late summer, the bass fishing in the South can get tough for about anyone. As the fish begin migrating back into the creeks or onto the flats to chase bait, they leave the offshore summer structure vacant. For FLW Tour pro Ramie Colson Jr., that doesn’t mean he goes right to the bank. In September, before the water temp has fallen out of the mid-70s, the Cadiz, Ky., pro likes to intercept the bass on roadbeds before they get all the way back. 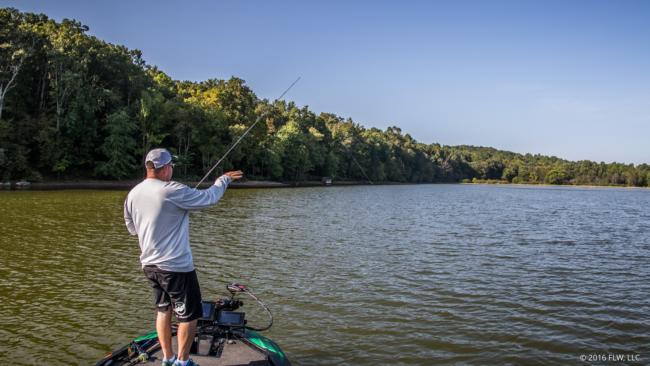 Colson knows more about Lake Barkley than you’ll ever know, and for a few weeks out of the year he concentrates most of his attention on roadbeds and drops in the backs of creeks.

“A lot of little pockets and coves are just flat. They might have a channel-swing bank on them,” says Colson. “The last little bit of definition where you have a drop-off is the hangout place I’ve always keyed on. It’s the last place those fish go before they feed on the flat and where they rest when they pull off it.”

The last good vertical drop before the flat in the back will be perhaps two-thirds of the way into a cove off a creek, and on manmade reservoirs such as Kentucky and Barkley, the best option is often an old roadbed. The top of a good roadbed will usually be in 4 to 6 feet of water, and it will drop off to about 6 to 10 feet deep.

Many times, the effectiveness of maps begins to fade out as you go farther back into a creek, and even if the map is spot on, the cove might not have a natural drop that fits the bill. That’s where the roadbeds come into play. Some old paper maps from before reservoirs were built have roads marked on them that today’s maps don’t, and you might even be able to see some roads enter the water. A good roadbed provides a nice sharp drop where there would otherwise just be gradually sloping banks. 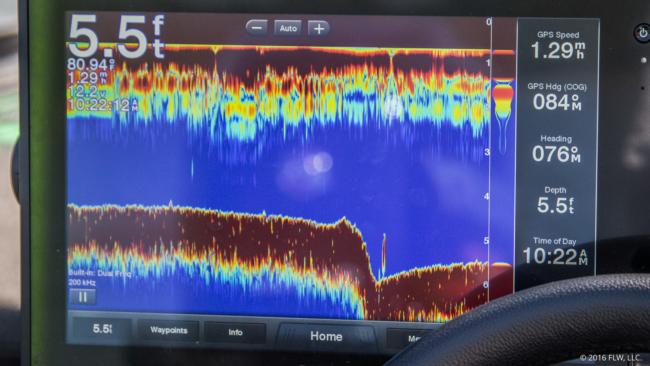 Of course, not all drops are made the same, and Colson does have a preference.

“Ninety percent of the time it needs to have a little cover,” says Colson, “whether it’s rock, a stump or a brush pile.”

Best yet is a roadbed or drop with some brush and bait working on it. In years past, before the advent of StructureScan, Colson used to plant his own brush on key roadbeds, but now he lets his electronics do the looking for him. And he has an old-school trick up his sleeve for finding brush: He looks for turtles. According to Colson, come fall, anywhere you see a turtle ride near a roadbed there is usually a piece of brush nearby where the turtle was hanging before being stirred up by the boat.

Colson prefers to target roadbeds and the last drops in early fall and late summer, and with the right conditions he’ll fish them all day long. As long as the water temperature hasn’t really fallen into the low 70s, Colson is happy to put together a milk run of 10 or so roadbeds and take his chances in most any fall tournament. As an additional bonus, a good fall roadbed can also be a prime spring spot, at least for a little while before the bass go all the way out deep after the spawn. 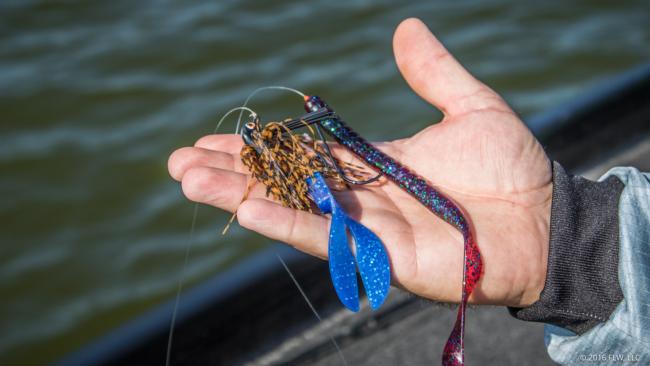 Colson is known as one of the most methodical pros on Tour, and his approach to fall roadbeds fits his style perfectly.

His go-to baits are a jig and a worm. The jig is a homemade 1/2-ounce Arkie style in brown with a little purple paired with a Zoom Super Chunk Jr. in sapphire blue on sunny days and flippin’ blue on cloudy days. Colson’s worm is a Zoom Ol’ Monster in plum apple on a 3/8- or 5/16-ounce Texas rig. Occasionally, later in the season or if there is a lot of bait present, Colson will toss a square-bill or slow-roll a War Eagle Spinnerbait through the same areas.

To fish the worm or jig, he casts off one side of the roadbed and brings the bait along bottom all the way over and off the other lip. Usually, Colson softly hops or lifts the bait before letting it fall back down for another move. When he contacts a piece of cover, he nearly always slows down and “worms” the bait through it so the attendant fish can get a good look. As a final note, Colson will often re-fish a spot throughout the day, because he believes the bass will periodically move off the drop to roam around on the flat before heading back to rest on a prime piece of cover.