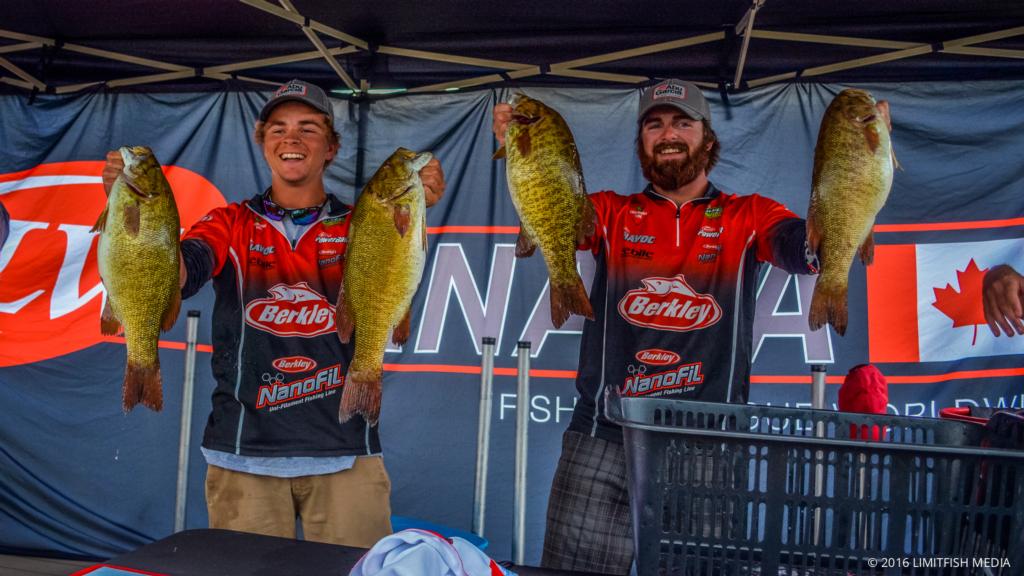 Sometimes the good guys win. As was the case at the 2016 FLW Canadian Championship held on Big Rideau Lake in Ontario Sept. 16-18. Two upstanding young men, Cooper Gallant and Danny McGarry, neither yet 20 years old, wowed the crowd on the final day of competition with an incredible sack of Canadian smallmouth bass that weighed 20.42 pounds.

In front of a very enthusiastic audience that showed up at the Walmart weigh-in proceedings, FLW’s very own main stage emcee Chris Jones electrified the crowd with his trademark showmanship as he prepared them to witness history being made when Gallant and McGarry took the stage to tally their creel.

As the teen bass-catching phenoms bagged their fish to be taken to the weighmaster, the event DJ played at their request a curious song choice: Money by Pink Floyd. Though the track proved to be popular with anglers three times their age decades ago, the tune’s title was perfectly fitting as the teen team claimed a five-figure payday for winning the FLW Canadian Championship.

In addition to this hefty cash payout, champions Gallant and McGarry also earned passes to compete in the 2017 Costa FLW Series Championship to be held on Kentucky Lake in Paris, Tenn., where they will be representing Canada among the best anglers in the world. 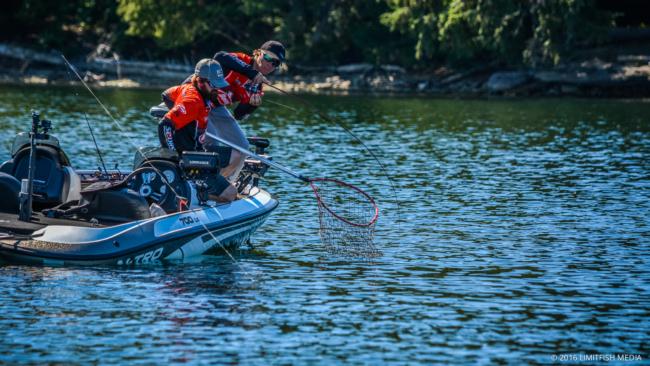 There’s no secret that the youth today are constantly plugged in to some sort of electronic device. As was the case over three days of competition, where the up-and-coming champs stared at their graphs while hovering over 40 feet of water and picking off one giant smallmouth after another.

Using a selection of secretive baits the pair would drop down on a big brown bass after spotting it on the screen. With patience and precise understanding of presenting the bait with such finesse etiquette, Gallant and McGarry managed to significantly increase their weight every day, bringing to the scales 17.98 pounds, 18.31 pounds and 20.42 pounds, respectively. They finished just a quarter pound ahead of second place with a 56.71-pound total. 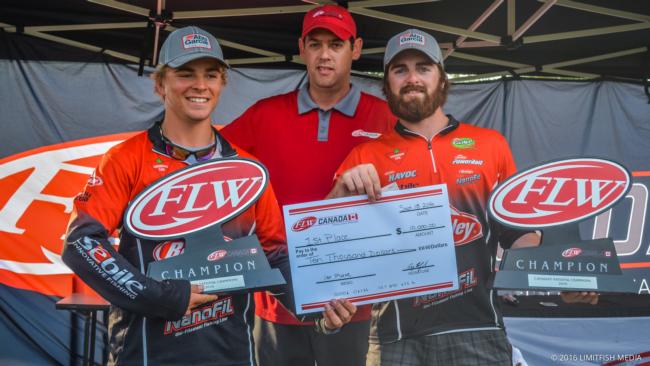 There were no comfortable hotel rooms and hot showers for the champs over the nine days they spent on the water. Starting practice one week before on a Saturday, the young men camped in the back of a borrowed truck.

The young men were on the water sun up to sun down in practice, honing their tactics and building a plan that would provide them with incredible opportunities to begin their professional angling careers. And such drive went not without notice as every angler in the top 10 that day saluted with admiration the sacrifices Gallant and McGarry made to win the biggest bass fishing event in Canada.

Here’s how the rest of field faired.