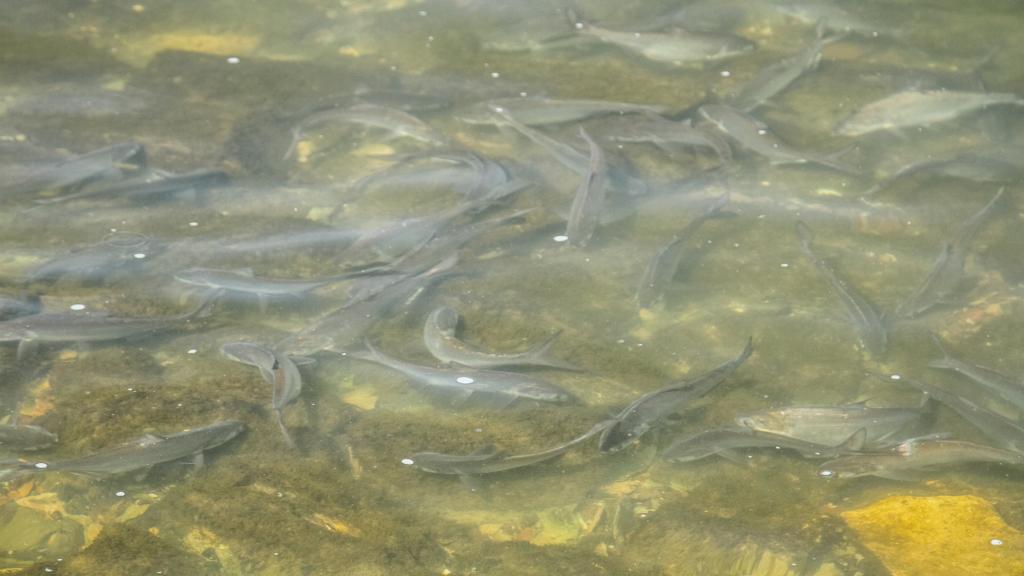 Autumn arrives, temperatures start to fall and days grow shorter. Everyone knows this is feasting time for bass, and fall drawdowns help concentrate the action. However, while many look for the big schools of threadfin shad – many of which are comprised of small young-of-the-year baitfish – Walmart FLW Tour pro Terry Bolton is keen to look for jumbo gizzard shad.

Nomadic in nature, gizzard shad seem to be more unpredictable, but they’re hardier and not nearly as wind-influenced as the smaller threadfin shad. Bolton says the common gathering areas include shallow wood, stumps, boulders and anything that holds the algae on which they feed.

“I’ve found significant numbers of gizzards on a big flat and found big bass feeding, and the next day I’ll come back and they’re gone,” Bolton says. 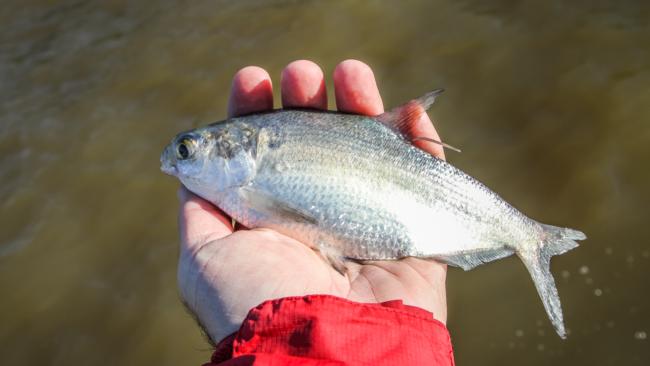 When gizzards pile into the shallows in fall, this seasonal window of vulnerability probably stimulates heightened attention from fall bass with late-season feasting objectives. Gizzards represent belly-filling meals that are easier to round up in the year’s fourth quarter.

“I think the bass target them a little more in the fall because that’s when those gizzards get shallow,” Bolton says. “A lot of times in the summer, when I find bass shallow, they’re usually feeding on bream. But when you find them shallow in the fall, they’re often looking for those big gizzards.

“There are times when those gizzards will show themselves by rolling or flicking their tails. But this time of year, they’re present in that shallow water, whether you see them or not.” 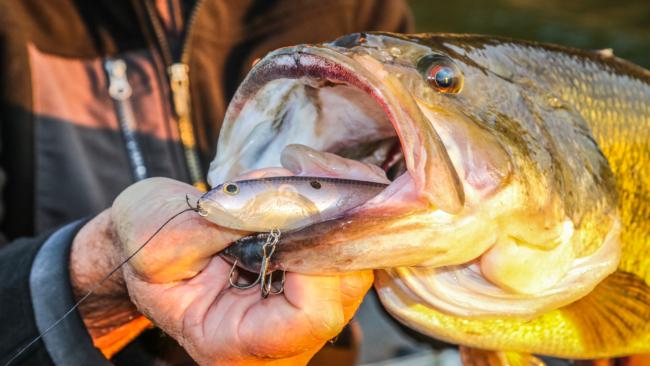 Here are some of the places that Bolton looks for schools of gizzard shad – and the bass that eat them – in the fall:

In this scenario, he likes the Rapala Rippin’ Rap lipless crankbait, the 5 1/8-inch No. 13 Storm Arashi Top Walker or the Rapala X-Rap Prop. Other options include a Zoom Swimmer on a 5/0 VMC weighted swimbait hook in exceptionally clean water, or a 1/2-ounce double-willow-leaf spinnerbait in windy conditions. Mimicking big shad is the key, so prominent baits that push a lot of water and make a sizable display are the deal.

“Sometimes, I’ll even throw in an Arashi Wake Crank or a Zoom Fluke when the fish are on the flats and they’re pushing bait,” Bolton says. “Maybe they’re short-striking that big topwater bait and not getting it. I’ve seen fall days when the fish want to come up, but they don’t want to break that surface. That’s when I’ll go with that Arashi waking bait or even wake a spinnerbait – something I can keep just under the surface.”

Off the bank – This one’s a real sleeper, especially given our premise of shallow fall movements, but Bolton urges anglers to not overlook the shallow bars, flats and humps often occurring out off the bank near the mouths or the back ends of creeks.

“The tops of these spots hold chunk rock and gravel with algae, and those gizzard shad will feed here just like they do along the shallow chunk rock points and riprap,” he says. “You may know of a little rock pile where you caught them good on a football jig in the summer. That pile of rocks might have been in 7 to 8 feet of water in the summer, but now it’s in 2 to 3 feet of water because of the fall drawdown.

“A lot of times, that’s where those gizzard shad go, and you can still catch bass good on topwaters and some of the same baits you’d use in the backs of creeks.”

Random hard spots – In lakes that don’t fluctuate with drawdowns, Bolton suggests looking for any hard cover that might host fall gizzard gatherings – a project that often commences well before the autumnal equinox.

“Throughout the year, I’ll find piles of rocks and patches of stumps, and I’ll mark them and fish them,” Bolton says. “Sometimes, I don’t catch fish on them in the summer, but maybe they don’t hold fish in the summer. I may find something in, say, June and then come back and look at it in the fall.”

Topwaters, spinnerbaits and lipless baits would be Bolton’s choice here.

Grass beds – Dense grass beds harbor loads of gizzard shad, and the beds with large protected areas of open water on the interior are even more popular, as they allow bass to target hapless baitfish that rise to sun their backs in the afternoons. Bolton will work the grass edges with spinnerbaits and hit any of those inner areas that he can reach.