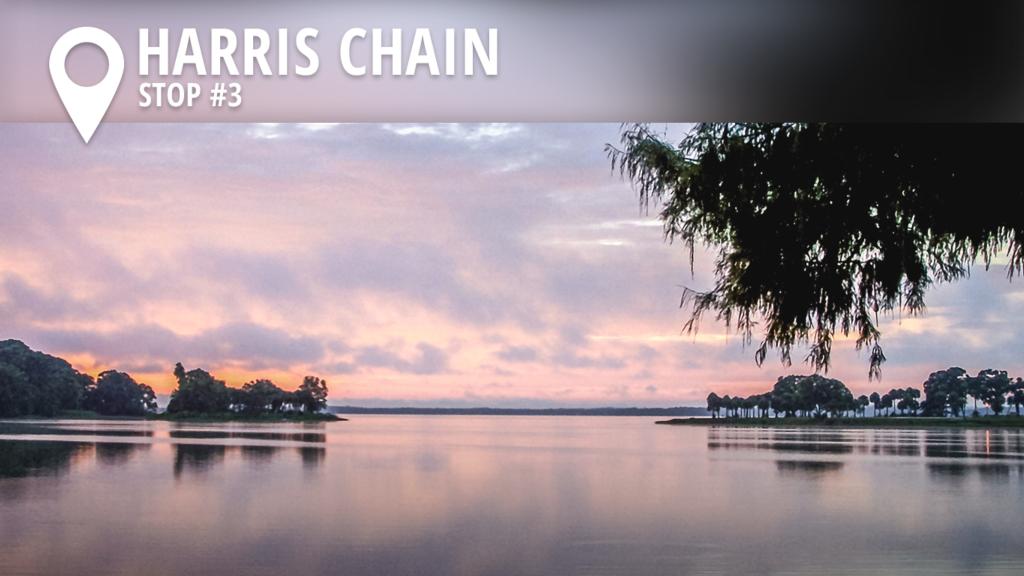 Much like any water in Florida, the Harris Chain is loaded with grass and can alternately be super stingy or phenomenal. Luckily, anglers will have plenty of water to fish for the third event of the season. The tournament launches at Lake Harris, but open waters also include Lake Apopka, Lake Griffin, Lake Eustis, Lake Dora, Lake Carlton, Horseshoe Lake, Little Lake Harris, Lake Denham and Lake Beauclair.

Each of the lakes is a little different, and most are connected by canals governed by no-wake zones, with occasional locks. Resulting delays can add up to more than an hour of travel time each way to reach some areas.

Scattered across the lakes is almost anything an angler could desire, including backwater ponds, marshes, docks, canals, bulrushes, pads and just about every other type of shallow grass. In early March, the fishing should revolve around the spawn in some fashion. There are likely to be bass in all three phases, yet most of the fish are probably going to be spawning or postspawn. Though, that’s subject to change depending on the weather. 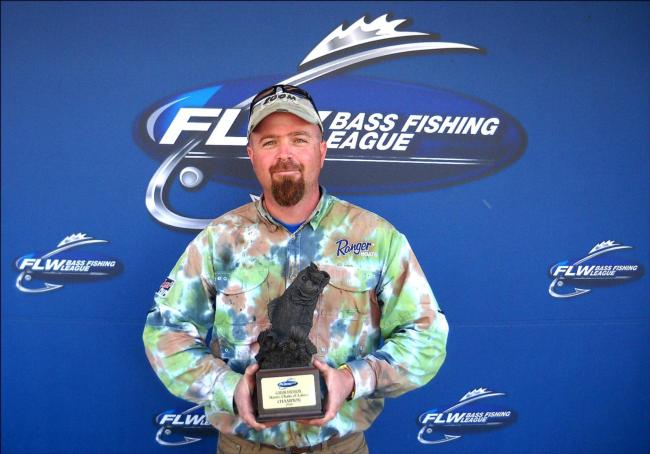 FLW’s history on the Harris Chain in March is spotty and made up entirely of T-H Marine Bass Fishing League events held between 2003 and 2011. In late March 2011, Jim Folks weighed 23-11 with a lipless crankbait. In 2010, George Kapiton won on March 13 with 20-4 that he caught flipping and sight-fishing.

The most recent high-level March event on the Harris Chain was a 2011 Bassmaster Elite Series event won by Shaw Grigsby. Grigsby sight-fished in the back of a canal off Haines Creek (which runs between Lake Griffin and Lake Eustis) for all of his weight. Sight-fishing wasn’t the only deal going though, and plenty of postspawn bass were caught as well.

Rolling into the Sunshine State in March is somewhat unusual, but it does mean that the likelihood of a big cold front to shut down the bite is significantly lessened. That’s a good thing, because according to local pro George Kapiton, the Harris Chain can be finicky.

“It could be 30-pound-bag days, or it could be 12-pound-bag days,” says Kapiton of the tournament. “That place can be really, really tough, or it can be amazing. When the fish are up it’s good, but when they’re out they roam. The shad there just roam. You can find a mega-school of shad, and the next day they’re not there. When you add in the water color and the history of the lake, half the guys are already down before they get there.”

Kapiton’s mention of water color is worth noting. Unlike Okeechobee or the Kissimmee Chain, the Harris Chain has frequent algae blooms that color the water somewhat. The lakes are usually well off the typical tannic clear that is so common in Florida. Though it doesn’t affect the fishing too much, color in the water does make sight-fishing much harder, and it can make things messy if the wind piles up dirty water in one area.

Finally, it’s worth watching the grass. According to reports in the fall of 2016, the offshore grass in Lake Griffin and some of the other lakes in the system is healthier than ever. If it continues to grow strong ahead of the tournament, we might see stupendous fishing and huge weights.

Come March, plenty of bass will be on the beds, but Kapiton doesn’t think sight-fishing will be the way to win. According to the Florida vet, fishing for deeper spawning fish might be the better bet. When JT Kenney won at Toho in 2016 he did it in large part with spawners that were buried up and not visible in the pad roots on Lake Kissimmee, and we might well see something like that again.

Outside of the actual spawn, there’s a good shot to see a variety of techniques play. From a square-bill and a lipless crankbait for prespawn or postspawn bass to the more usual flipping and buzzing soft plastics, the Harris Chain offers plenty of diversity.

1. Time management – Because of the long idle zones and big runs possible on the Harris Chain, getting out of sync could be very costly. It might also mean that a lot of anglers pile up in the lakes close to takeoff, which might increase the rewards of a long run.

2. The grass – Like any lake in Florida, lakes in the Harris Chain fish better or worse depending on the health of the grass and how it lays out. If the grass in Griffin and elsewhere is as good in March as it was in the fall of 2016, things could be excellent.

3. Pressure – In the 2011 Elite Series event, first and second place shared the same little backwater pond. Anglers tend to group up in Florida, so adapting to the pressure or having a spot or two with less pressure might be key.

Florida is always tricky, especially when there’s not a lot of history to go by at a particular destination. That’s why you should consider the folks who have history in the Sunshine State in general. Foremost among them are John Cox, JT Kenney and Scott Martin.