Ditch grass and the crowds by targeting offshore shell beds 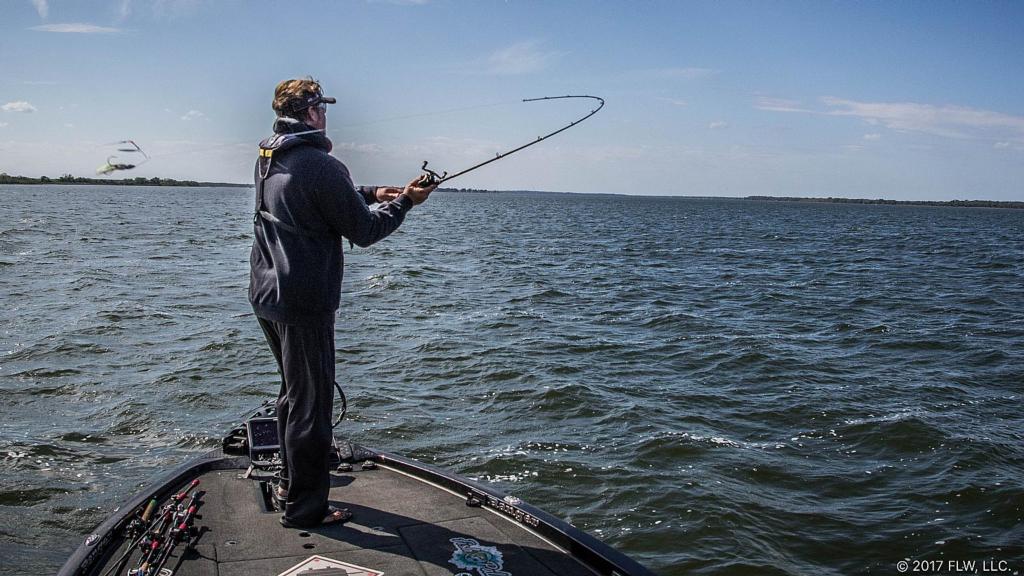 Offshore fishing isn’t just for the deep reservoirs of the Tennessee River and Ozarks. It’s a pattern that works in Florida’s grass-choked lakes, too.

Like offshore fishing on a ledge lake, offshore fishing in Florida offers some serious big-bass potential, and the possibility of smashing a big bag from one small area. We saw it happen at the FLW Tour event presented by Ranger Boats at the Harris Chain, when JT Kenney crushed a 27-pound, 3-ounce limit on the final day from an isolated offshore shell bed. Fellow pro Matt Reed finished fifth in the same tournament by exclusively fishing offshore. Their success suggests that all anglers should at least be aware of the offshore potential in Florida fisheries.

“People always think grass when it comes to Florida, because we go to lakes like Okeechobee and Toho,” says Kenney. “But there’s a lot of good fishing offshore for guys that know.” 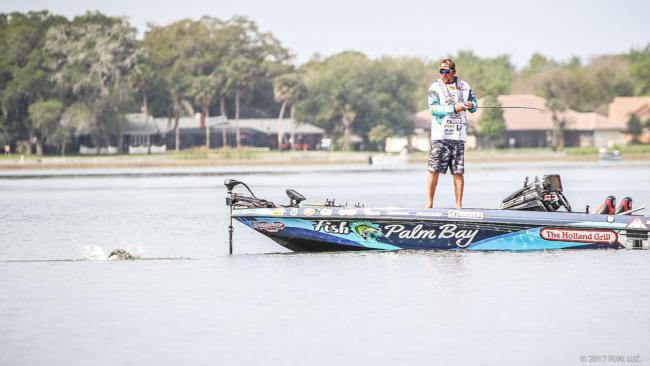 First off, when Kenney says “offshore,” he’s not fishing ledges in 10 to 20 feet of water or randomly out in the middle of the lake.

Offshore fishing in Florida usually involves looking for shell beds out on the main lake or near the mouths of canals that connect lakes.

“Anywhere with current,” says Kenney. “Mussels are filtration feeders, and they can’t move. So they need current to eat. So you’re not going to find them in the backs of pockets or anything.”

Fortunately, thanks to modern sonar, finding them is much easier than in years past. Take Reed. After “getting his butt kicked year after year sight-fishing in Florida,” he opted to try and find something different. An offshore fisherman at heart who has fished the Harris Chain many times before, Reed knew of two shell beds he’d found with a Carolina rig years ago. After catching a decent fish off one in practice for the Tour event, he decided to go look for more. In fours hours he found more than 25 of them.

Kenney also knew of a few, and he, too, checked them in practice, catching a 4-pounder on one and marking some bigger fish on another. So after his shallow pattern fizzled out on day three, Kenney decided he couldn’t do any worse than “taking an educated guess” with the shells beds.

“The shell beds get really good in summer, but they’re also good prespawn and postspawn, when the fish are staging,” says Kenney. “On day three, I got a lot of bites, but I didn’t get a sniff of anything big. Since the big girls are the first to move out, I figured that’s where they went.”

The result was more than 20 pounds before 10 a.m. on the final day of the tournament and him climbing seven spots to finish in second. 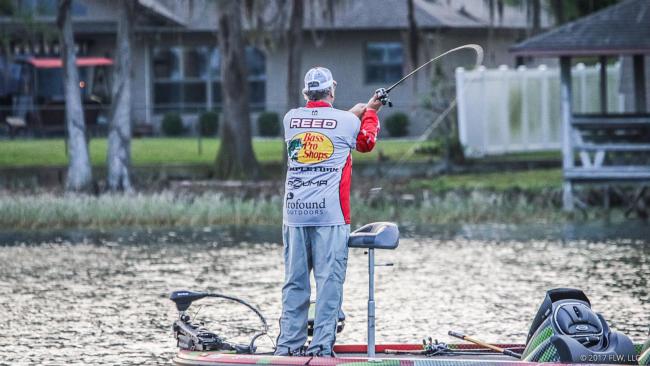 Fishing shell beds in Florida might’ve been a secret kept from some anglers, but how to catch fish on shell beds really isn’t much of a secret at all. The bass there like the same offshore arsenal you’d throw on any other lake – crankbaits, swimbaits, jigs, etc.

Two baits stand out more than most, though.

The first is a lipless crankbait – Kenney’s go-to bait during his day-four onslaught. No matter how big the shell bed, there will be grass nearby (it’s Florida, after all). A lipless crankbait’s ability to be ripped out of grass makes it ideal for throwing past a shell bed and reeling it back over it. If the lure encounters any grass before reaching the shell bed, a good rip or two can usually clean it. Kenney doesn’t let the rips stop once his lure is over the hard-bottom clearing.

“I like to put some action into it,” he says. “You’ll see a lot of guys just cast it out and reel it in. I pop it, twitch it, rip it. I never just reel it in. You want it to look like you would a crankbait on a normal offshore spot, deflecting off the bottom.”

The other bait was, literally, all Reed threw for four straight days – a Carolina rig.

Much like the lipless crankbait, Reed opted for a Carolina rig over a jig because of its ability to come through grass. He even slimmed down his lure to a Zoom Trick Worm, solely to make sure that his bait stayed clean after casting it past the shell bed and pulling back in.

“I didn’t want to waste casts picking up grass,” says Reed. “That’s why I didn’t throw a jig. A jig almost always picked up something, and besides, they don’t bite a jig well in Florida.”

While Kenney power-fished with the lipless crankbait and a swimbait, Reed fished “Florida slow,” taking a page from Florida veteran Peter Thliveros to “throw it out there and forget you did.”

“I’ve never fished so slow in my life,” says Reed. “I’d pull the bait a foot, then I’d have to take my hand off the reel and put it to my side. That’s the only way I could remember to fish slow.

“I did that nonstop for four days. It was tough, especially since I’d get some long lulls between bites.”

Much like offshore fishing elsewhere, the shell-bed bite on the Harris Chain was a timing deal. There was an early morning bite, which Kenney tapped into on day four with the moving baits. Meanwhile, Reed tapped into the afternoon bite, as all of his big fish came in the last two hours of the day. When daylight saving time started on day four, he knew he’d lost an hour of his best fishing, as takeoff and check-in were essentially moved an hour earlier in terms of the daylight period.

Still, he has no complaints.

“It’s not often you can go down to Florida and fish by yourself like I was able to on those shell beds,” says Reed.