Weidler Wins it on Chickamauga 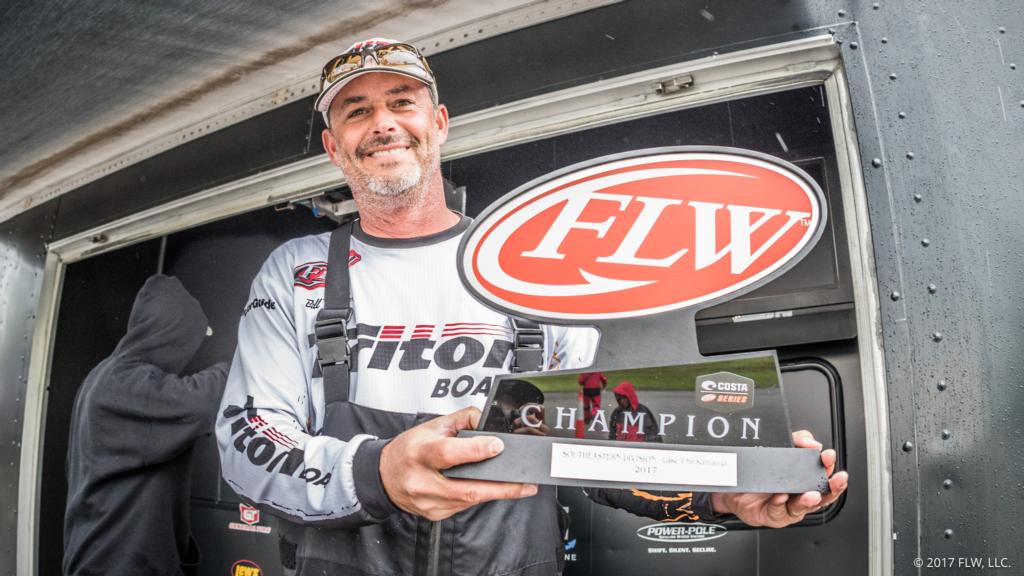 Fishing against a field of 197 pros, William Weidler came out on top in the Costa FLW Series Southeastern Division finale on Lake Chickamauga presented by Lowrance. In an abbreviated event, cut from three days to two by bad weather, Weidler brought a cumulative total of 45 pounds, 2 ounces of bass (10 keepers) to the weigh-in stand.

"I can't believe I won," says Weidler. "I just got into the event on Tuesday. I wasn't going to fish it. I just got in it, came up here and put my head down and got it done."

Weidler brought a five-bass limit weighing 22 pounds, 3 ounces to the scale Saturday to clinch the win with a 1-pound, 7-ounce margin. He earned a check for $48,000.

The angler from Bessemer, Ala., had certainly done his homework on the lake. He fished the B.A.S.S. Southern Open on Lake Chickamauga two weeks ago and came in sixth place. A week ago he captained a high school team that came in fifth place in a prep tournament.

"I was on a real strong pattern. I knew the spawn ending had hurt my fish, because earlier I'd caught everything out of about 18 inches of water, but they were spawning,” Weidler says. “I knew that shortly after the spawn the big females will feed heavily, and a lot of times they'll hang around bluegill beds, and that's where I caught all my fish – either in transition areas leaving spawning bays or around bluegill beds." 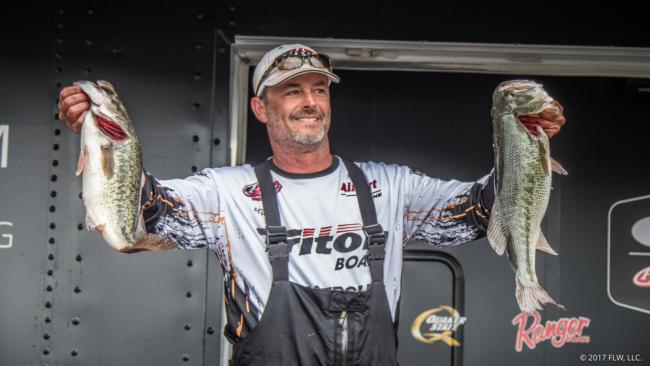 After a drenching rain Thursday due to a cold front, followed by drizzling rain all day Friday, Saturday morning was a new ballgame for anglers. The temperature fell even farther, into the upper 40s, coupled with blue skies and only a light breeze.

In the afternoon, however, it all changed as clouds moved in and another drenching rain began to fall just as the afternoon weigh-in got started.

Weidler says Saturday at midday he only had 10 or 11 pounds of bass. But late in the afternoon he found a 200-yard sweet spot.

"I went through a stretch that had a lot of bluegill beds, and in an hour and a half I culled everything I had and got my weight for today," he says.

The lure Weidler says won it for him was a black and blue Dirty Jigs No-Jack Swim Jig with an H&H Lures Swamp Frog trailer.

"The frog trailer comes in black with white feet, and I dye them blue to match the bait," he says. "I fished it all day long."

Weidler’s sweet spot was barely five minutes from the takeoff point, near the lower end of Hiwassee Island at the confluence of the Tennessee and Hiwassee rivers. The two-day tournament did a major flip-flop from Friday to Saturday. Weidler finished in sixth place after Friday's weigh-in with 22 pounds, 15 ounces. However, he was only one of three top-10 anglers who stayed in the top 10 following Saturday's final weigh-in.

“The key for me this week was just having patience,” Weidler adds. "I didn’t have much weight in the livewell, and I started hearing the little voices in my head. But the sun came out and it warmed up, and then some clouds moved in and it got a little overcast. I just knew that they were going to start biting, and they did.  It was a magical spot.”

Weidler has fished in only six FLW events since 2007. This win was his first time ever to wind up in the money.