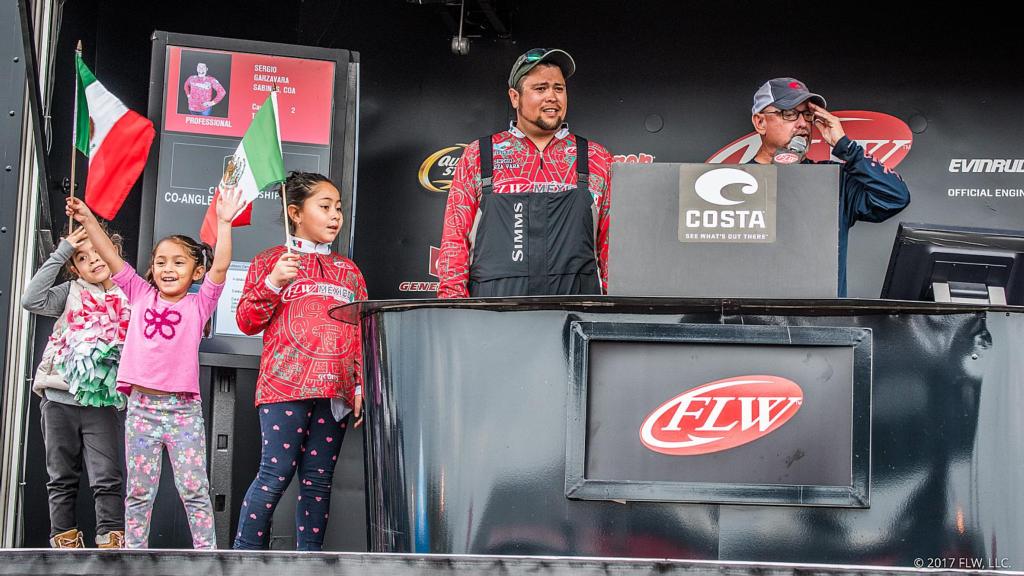 It’s safe to say that before last fall many, if not most, fishermen in this country weren’t aware that bass lived anywhere except the northern half of the Western Hemisphere and a few places in Asia and Africa. Turns out that bass are a lot more international in their range than we might have originally thought, and it portends an interesting future.

In October, 13 teams from around the globe – including one from this country that was largely composed of FLW Tour pros – took part in the 13th Black Bass World Championships on the Vaal River in South Africa. FLWFishing.com audiences captivated by the tournament must have been at least mildly surprised when they learned that bass fishing has such a foothold in the world. Teams from Russia, Germany, Croatia, Italy, Spain and Portugal joined the usual mix of competitors such as the USA, South Africa, Zimbabwe and Mexico.

Thirteen countries might not seem like much of an international mix, but it’s a start. Conspicuous by their absence in the World Championships were other countries that didn’t show up, but whose teams probably would have done well there: Canada, South Korea, China and Japan in particular.

To recap, South Africa won the event, followed by the United States in second and Italy in third. The South Africans were due, having finished runners-up the past two years. They’ll return to defend their title in 2018 when Mexico hosts the World Championships.

Who knows where this will all wind up? Presumably, wherever there are bass, there are avid anglers who want to fish for them. That takes in a lot of territory. FishBase.org, an online source of information about all things fish and fishing, claims that largemouth bass of the northern or Florida strains are present in 63 countries now and, in most cases, have become well established.

In Japan, for instance, bass were stocked in Lake Ashino in 1925 by a businessman named Akabishi Tetsuma simply because he enjoyed bass fishing when he was in the States and wanted to have access to it in his own land. It worked. Today Japan is known for its world-class bass fishermen, exceptional fishing tackle and Manabu Kurita, who caught the world-record-tying largemouth from Lake Biwa in 2009.

FishBase.org notes that largemouths were shipped to Belgium and France in 1877, making them the first foreign countries where the fish were stocked as far as anyone can determine. Two years later, England became home to largemouths, followed by Germany in 1888 and Italy in 1897 – the same year Hawaii waters got bass.

And so it goes; bass and bass fishing aren’t anything new to the anglers across the seas. It’s just that most guys on our side of the Big Pond probably didn’t know about it. In fact, foreign anglers have also dabbled around the edges of the American tournament scene for decades.

Zimbabwe was the first country outside the U.S. to affiliate with The Bass Federation, back in the early ’70s. One of its anglers, Gerry Jooste, qualified to fish in five Bassmaster Classics, and placed 15th in 1997. Jooste was the most successful of foreign anglers to compete in a major championship, but he wasn’t the first. That distinction belongs to Ontario fisherman Hank Gibson, who reached the Classic in 1990.

Since then, a number of Japanese anglers have fished the Classic and the Forrest Wood Cup, and pros such as Lionel Botha, formerly of South Africa, and Australian pro Carl Jocumsen are attesting to the fact that bass fishing isn’t confined to the United States.

A number of years ago, Irwin Jacobs, founder of FLW, began to connect the dots in terms of foreseeing the potential of bass tournament fishing as a worldwide sport supported by fans and sponsors wanting to tap into a growing international marketplace. His vision helped position the company front and center in the movement to globalize bass tournament fishing. Now FLW not only represents the initials of Ranger Boats founder Forrest L. Wood, but also those of Fishing League Worldwide.

As of this writing, the FLW partnership involves eight countries, including the United States, Canada, China, Mexico, South Korea, South Africa and – most recently – Italy and Portugal. Basically, countries set up their own qualification parameters and send their top guns to the Costa FLW Series Championship as International Division representatives. The top International Division angler there advances to the following year’s Forrest Wood Cup.

Competitive? Committed? You bet. At the Forrest Wood Cup last August, one moving moment occurred when South Korean angler Hyo Chul Kim, who qualified as the first champion of the Costa FLW Series International Division, spoke through an interpreter about his experience in the championship and what it meant to him.

“In my 17 years of fishing, this is the proudest moment of my life,” he said.

Kim, whose homeland was first stocked with bass in 1963, could have been anybody from any country standing there and baring his soul. As such, he spoke for thousands of anglers from many countries who are now in the process of linking hands. All of them share a love for fishing, and all dream the same dream as Kim: to stand on that larger stage, and be acknowledged as among the best bass fishermen on the planet.