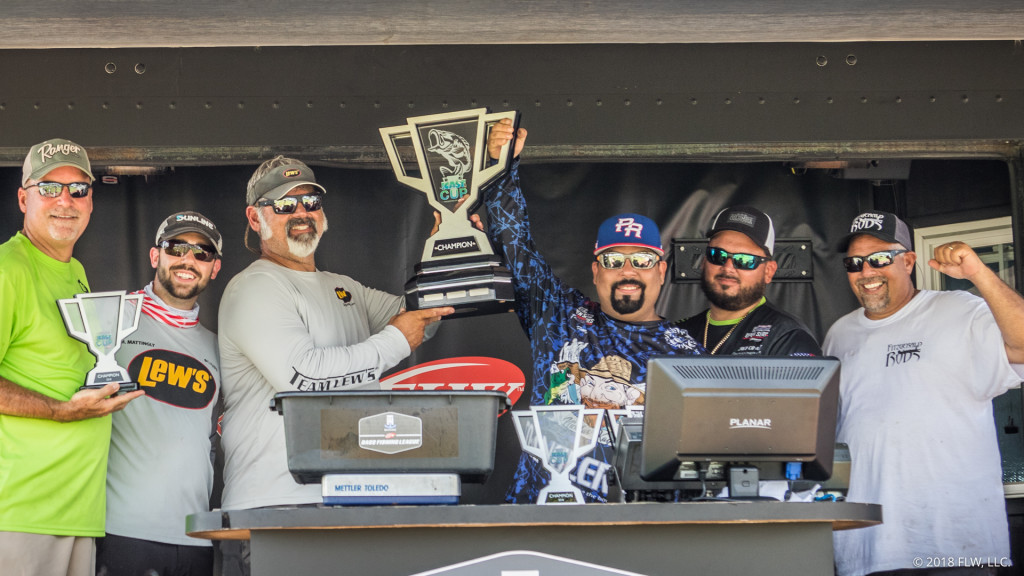 The fourth annual ICAST Cup took place this morning on Lake Toho with 58 teams comprised of industry media, tackle reps and professional anglers hitingt the water to raise money for charity. The event, which is presented by FLW, serves as the annual kickstart to the three-day ICAST trade show in Orlando, Fla. A total of $12,000 was raised in this year’s derby, with the proceeds going to support Keep America Fishing.

For the first time in ICAST Cup history two teams were crowned co-champions. Early in the weigh-in, Team Lew’s Fishing comprised of John Carman, Peter Thliveros and Matthew Mattingly brought up 22 pounds, 2 ounces to take the lead. After numerous bags fell short of breaking the 20-pound mark, Thomas Gomez, Billy Benedetti and Cesar Jaimes of Team Co-Anglers.com weighed in another 22-2 bag to tie Team Lew’s Fishing. When the scale closed, history was made as both teams claimed the title of co-champion. On top of that, each team also broke the ICAST Cup total weight record, which was set last year at 20-7.

“Who would have thought you would come out here in three and a half hours and catch that quality of fish,” says Thliveros, a longtime FLW Tour pro. “These guys [Carman and Mattingly] took command from the center and back of the boat. It’s a co-angler deal; all I did was drive the boat and dip the net.”

“We caught a little over 30 pounds in practice so we went out and did the same thing, and they weren’t all there, but we caught the ones that counted,” says Jaimes.

“It’s a great honor to compete against all of the caliber of fisherman that are here,” says Gomez, who is the founder of Co-Anglers.com. “To be the first group as co-champions is an honor.”