First round of season-ending events in the books 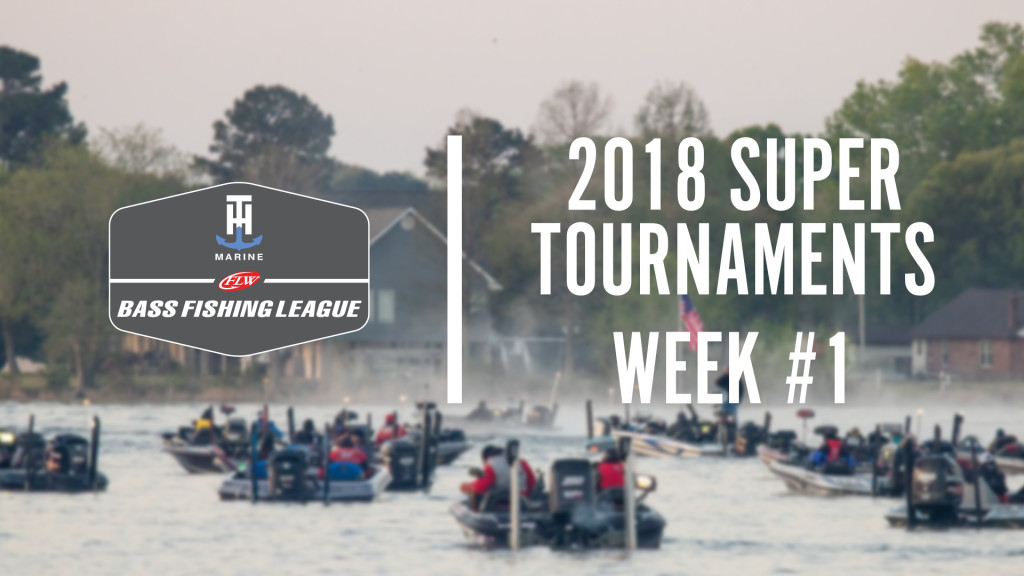 September not only marks the start of football season, but it also signals the end of the regular-season events among each T-H Marine Bass Fishing League (BFL) division. This past weekend, seven divisions concluded their season with the two-day Super Tournaments where competitors not only compete for higher payouts, but more points to qualify them for the Regional.

Tournaments took place from north to south and the start of the fall transition added an extra bit of difficulty to each derby. Here’s a quick look at how it all went down. 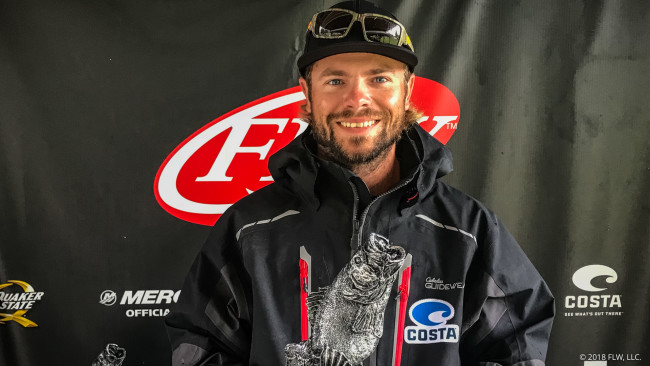 Brandon Houston of Burlington, Ky., took top honors on Indian Lake with 19 pounds, 2 ounces worth of bass over two days to win $4,944.

After fishing lily pads with no luck, he moved over to the Black Hawk area and focused on rock. Noting other anglers fishing fast, he slowed down with a Texas-rigged green-pumpkin Strike King KVD Pro-Model Tube with a ¼-ounce tungsten weight and a 4/0 Owner Wide Gap Plus hook. He threw it on a 7-foot, heavy Falcon BuCoo SR casting rod using 20-pound-test Seaguar InvizX line. 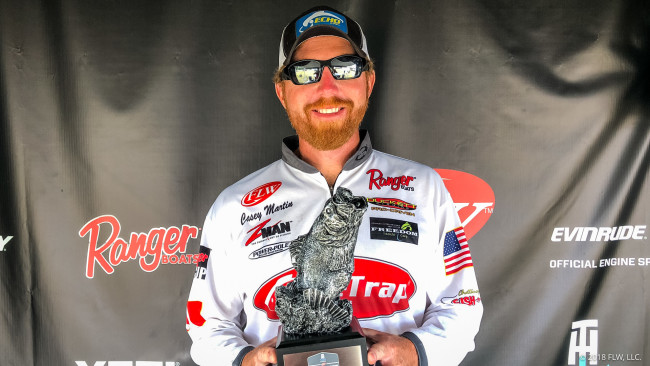 Local guide and former FLW Tour pro Casey Martin scored another Guntersville win against a stacked field over the weekend with a two-day total weight of 36-5. He took home a cool $8,174 for his efforts. With the win, Martin wrapped up his third-consecutive Choo Choo Division Angler of the Year title. Since 2004, the only other angler to accomplish that feat is Joe Lee, who did it from 2009-2011 in the Volunteer Division.

He did a bit of everything to catch his fish, from deep to shallow and everywhere in between.

On day one, a 99 problems-colored True Bass Perfect Head Swimbait rigged on a ¾-ounce Picasso Smart Mouth Jig Head caught fish out deep, and a sexy shad-colored Bill Lewis StutterStep and a green-pumpkin-colored Z-Man ChatterBait with a Z-Man Razor ShadZ trailer were a one-two punch up shallow.

He adjusted on day two due to strong winds and flipped mats with a Z-Man Palmetto BugZ rigged with a 1½-ounce Picasso tungsten weight to catch his weight. 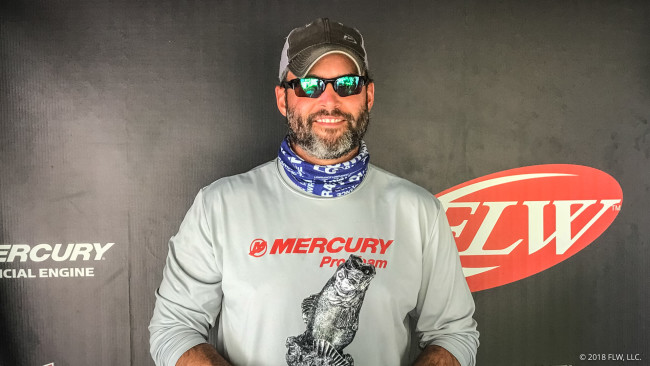 Taking out of La Crosse, Wis., local angler TJ Maglio earned the title despite changing river conditions for a total weight worth 31-3 and claimed a $6,295 payday.

Heavy rains in the region the week prior caused the river to rise over a foot during competition making it hard for some to find clean water and stay on the fish. Maglio stuck to Pool No. 8 and rotated between fishing rocks, current seams and grass to catch his fish.

Even in tougher conditions, Maglio caught all of his fish on moving baits – ChatterBaits, Rat-L-Traps and swim jigs, all in white or shad colors. 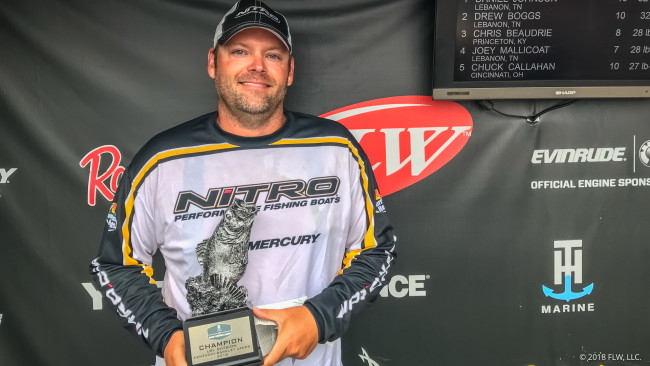 Daniel Johnson of Lebanon, Tenn., grabbed his second BFL win over the weekend with a two-day total of 32-11 and earned $5,943 because of it.

Johnson focused on super shallow water in the south end of Barkley – less than 2 feet. He flipped wood and rock with green-pumpkin or black and blue-colored tubes with ½-ounce Jenko Creature Weights, but notes some key fish came on handmade balsa square-billed crankbaits.

While it can be tough to win multi-day events in skinny water, Johnson stuck with his game plan knowing he’d get just a handful of quality bites each day. 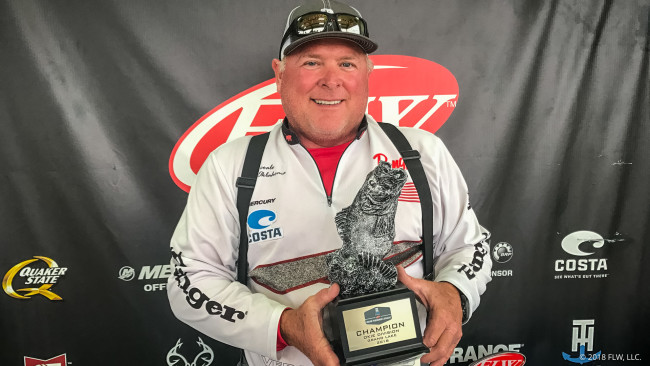 Dane Coale of Norman, Okla., caught 33-3 to win the final Okie event of the season and more importantly cashed a cool $8,904 because of it.

In practice he was dialed on a crankbait bite, but after losing a crankbait to an alligator gar in the tournament he grabbed a shaky head and never looked back. His setup consisted of a Zoom Trick Worm on either a 5/16- or ½-ounce green-pumpkin-colored Buckeye Lures Magnum Series Spot Remover head. Coale rotated through a couple of colors including green pumpkin and tilapia magic, which he dipped in chartreuse, and plum apple.

He was so dialed that on Sunday he had eight rods on the deck and all of them had a shaky head.

His pattern was fishing main-lake points and bluff ends south of the Sailboat Bridge. 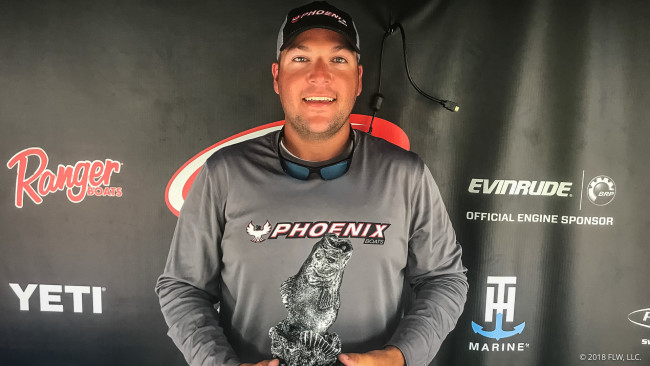 Trent had no issues catching fish – landing 20-plus keepers a day – and says that the baits he used had more to do with it than the areas he fished. He stuck to the main lake and fished anywhere from 20 to 50 feet of water.

A drop-shot, an assortment of topwaters and a custom jig did the work for Trent. He paired a Zoom Trick Worm with his drop-shot. 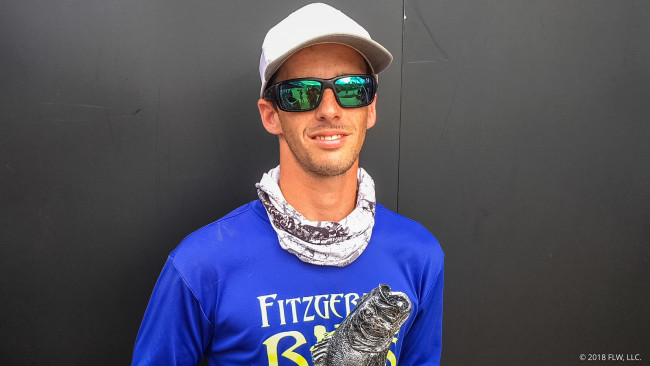 In his first ever FLW tournament, Justin Tingen of Moore, S.C., won the derby on Lake Hartwell with 23-14 over two days and walked away $4,465 richer.

As with a lot of events in the Carolinas, Tigen stayed mobile and burned about ¾ of a tank of gas each day.