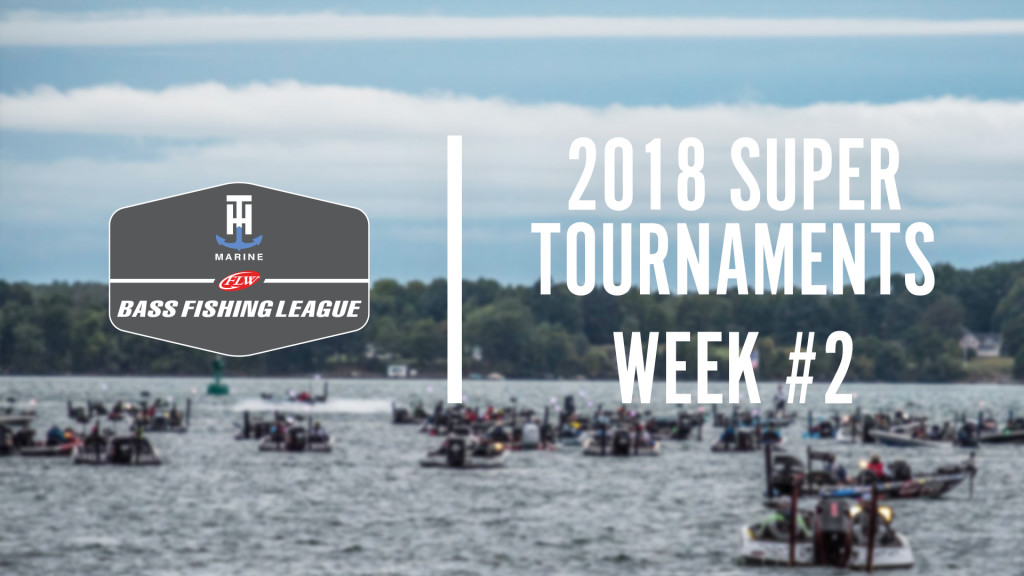 The second week of September marked the end of the season for a few more T-H Marine Bass Fishing League (BFL) divisions. The two-day Super Tournaments took place from New York to Georgia and a few places between, featuring smallmouths, largemouths and spotted bass.

For a rundown of how each event was won, scroll down to get your fix. 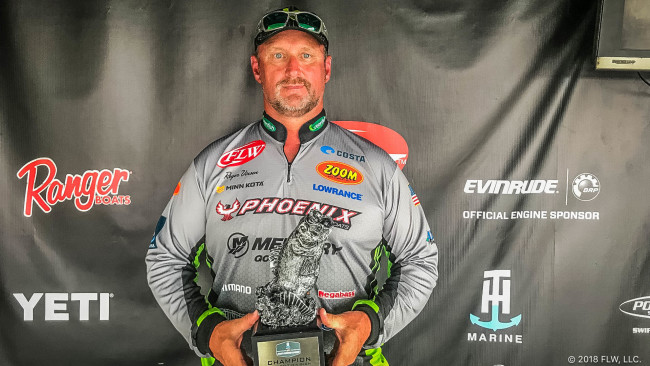 Roger Vinson of Flowery Branch, Ga., won the Super Tournament on Lake Lanier with a two-day total weight of 28 pounds, 11 ounces. He grabbed over $6,800 for his efforts.

Vinson lives nearby and has been fishing the lake for some time, but this was his first BFL win – despite owning several top 10s. His knowledge of the lake and knowing when to make a change was crucial to his win.

He focused on the mid- to lower-end of the lake hitting humps, points, rock and creek mouths. Vinson used a variety of baits including, a white pearl-colored Zoom Super Fluke, a Roboworm Straight Tail Worm on a shaky head, a Megabass Ito Vision 110 jerkbait and a pearl white-colored SuperFish Underspin with a Zoom Fluke Jr. of the same color. He also caught a 4-12 spotted bass on a homemade jig with a Zoom Creepy Crawler trailer. 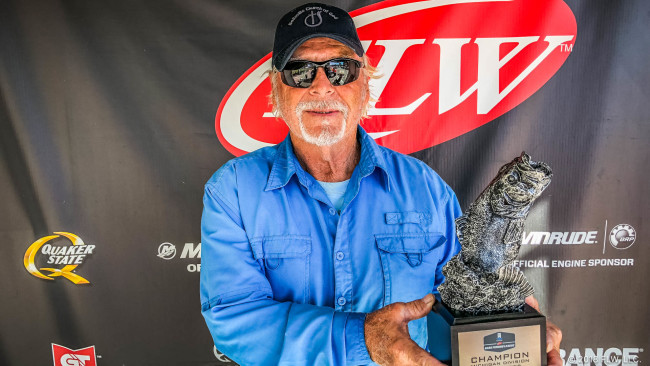 Ronnie Goshen Sr. of Belleville, Mich., smashed them on the Detroit River with a winning weight of 51-10 for two days. Aside from the trophy, Goshen also took home over $5,300 for his efforts.

Goshen stuck to the Detroit River for his win and thanks to his day-two limit worth 28 pounds, the Michigan resident locked up the first win of his career. 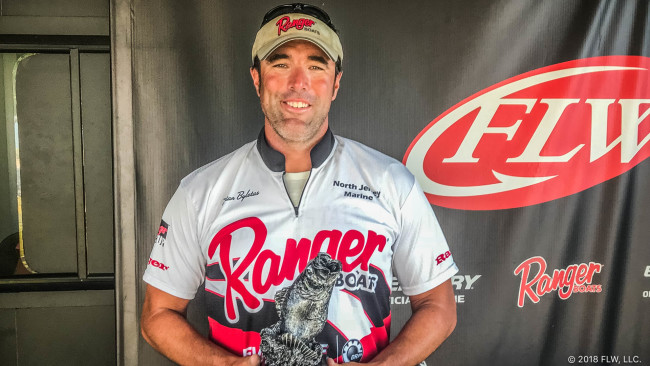 In another smallmouth smashfest, Brian Bylotas of Scott Township, Pa., took home the W at the 1000 Islands with 48-3 to claim a check worth $6,886.

Bylotas earned his second Angler of the Year title in the Northeast Division thanks to his victory.

Lake Ontario once again produced the winning bag and Galloo Island was the place to be. Bait was stacked thick in the area along a ¼-mile stretch of a ledge in 25 to 30 feet of water.

Bylotas plied a  3.8-inch green pumpkin-colored Keitech Sexy Impact on a drop-shot on the ledge each day, though he also caught some in the silver flash color. When he made a stop in the river on Sunday to catch a 5 ½-pounder, a 4.5-inch Quick Limit Baits Dropshot Worm (motor oil) was the deal. 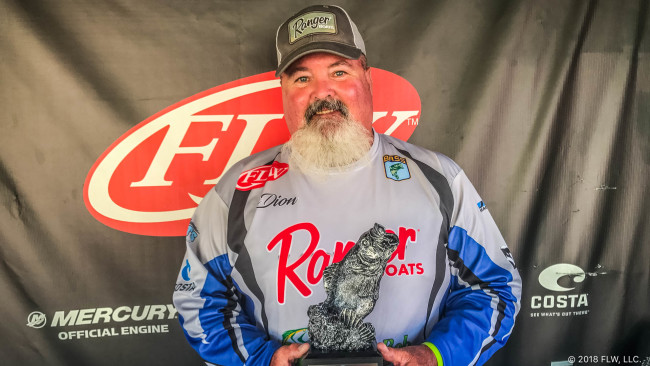 Bass fishing legend Dion Hibdon of Stover, Mo., earned his fifth FLW win this past weekend with a two-day total weighing 32-10 and got a cool $8,500 to show for it.

Being that Lake of the Ozarks is covered in docks, it’s no surprise Hibdon worked a pile of them for his title. Docks with brush produced most of his fish and he ran a 20-mile stretch of them in the Osage and Niangua rivers.

He says he used a homemade black jig with a black and blue flake-colored Ledgerock Lures crawdad trailer and a brown jig with a green pumpkin-colored Reaction Innovations Sweet Beaver. He threw both on 25-pound-test Berkley Trilene 100% Fluorocarbon line noting the fish aren’t line-shy. 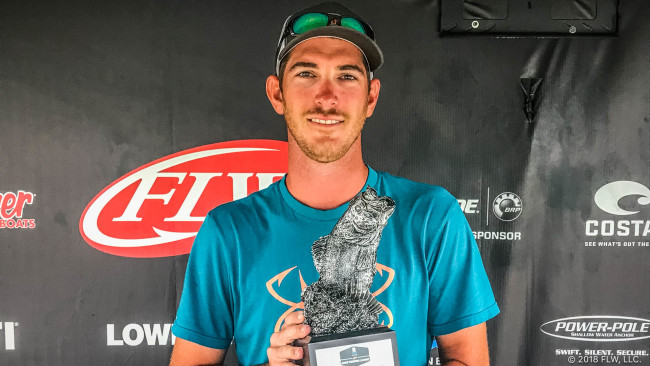 Chase Henley of Kingston, Tenn., won the final Volunteer Division event of the season on Watts Bar with 32-15 and earned over $5,100.

Despite falling water, Henley was able to run a pattern around the Kingston area of the lake hitting laydowns and seawalls. On day two he adjusted and moved to the mouth of the Emory River fishing rocky points and laydowns.

For baits, he used a ½-ounce green pumpkin craw-colored Strike King Greg Hackney Hack Attack jig with a hematoma-colored Reaction Innovations Sweet Beaver on the laydowns, and a 3/8-ounce Showboat Lures buzzbait with a white Zoom Split Tail trailer around the seawalls. He also caught some on a vibrating jig matched with a white Zoom Z-Craw around the rocky points.