What the East Tennessee pro relies on when the leaves turn 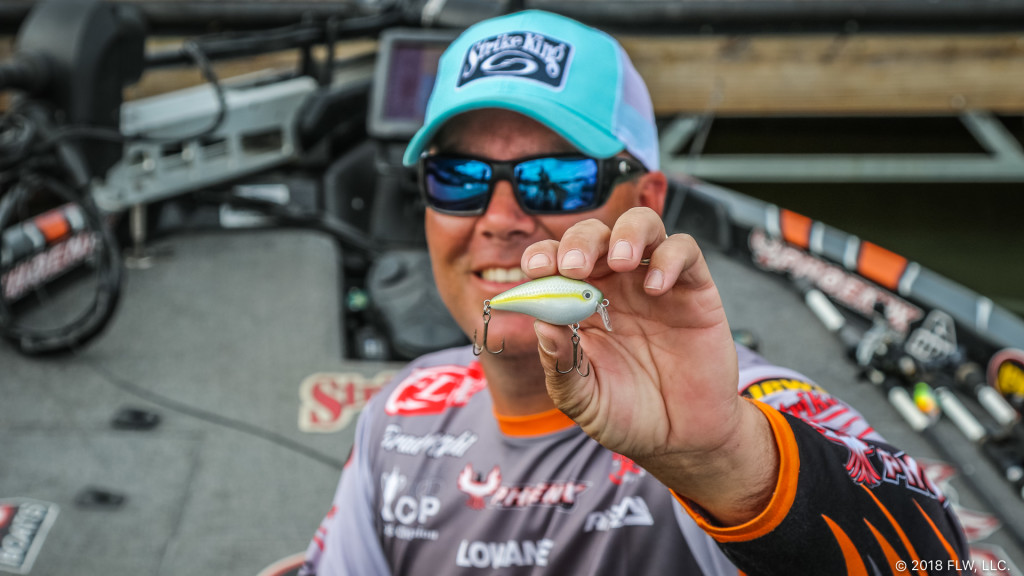 Fall can be a tricky time of the year to fish. The bass are often spread out around the lake as they transition between summer schools and fall feeding, and with a ton of bait in many lakes, it can be hard to match the hatch correctly or get a bass to commit to something fake. Though Brad Knight has been known to spend his share of time in the woods in the fall, he still likes to fish as the weather cools. He offers a few strategies on how to identify productive fall patterns and get fish to bite.

Growing up on the Tennessee River, Knight has ample appreciation for the wide-open fishing in the spring and summer, but his favorite time to compete might be in the fall.

“Fall for me kind of starts when the summertime bite starts fizzling,” says Knight. “That’s usually mid- to late August. Fishing pretty much stinks all over the country then, and you see weights go down. It becomes a mental battle, and you’re literally picking off individual fish here and there. You can catch some good ones, and this time of the year a 4-pounder really separates you from the pack.”

After the early fall period, fish begin to get more active and chase bait as October approaches. For a solid month or more, the fishing is usually pretty good, and the weather is mostly pleasant.

“The transition into winter is usually around the end of November,” relays Knight. “That’s when it starts getting steadily cooler and the water temperature is down in the low 50s. That’s when the crankbait bite can really heat up. Their activity level is still high, and they know winter is coming so they start to feed up. The topwater bite can be really good that time of year too, though you might not get but a few really big bites on it.”

One of the biggest differences between the fall and other times of the year is the depth Knight typically targets. In the spring, summer and winter fish are often living deep or moving up from deeper water. In the fall, it’s all about staying shallow or close to the bank. Even on deeper places, Knight says the fish are typically looking up. Suffice to say, Knight isn’t dragging out deep very much in the fall. 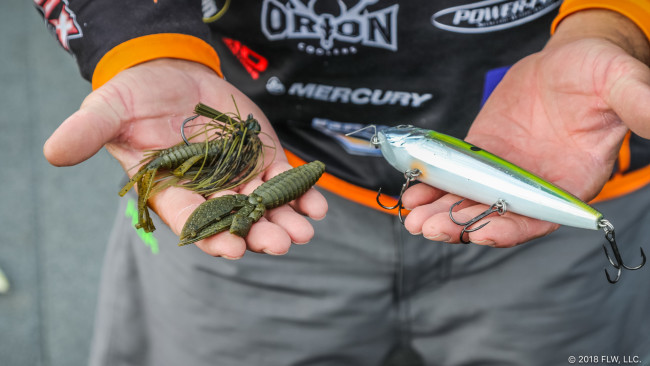 Knight’s fall stable of baits is a diverse group designed to pick apart shallow targets and cover a lot of water. Some of them are fall staples that everyone thinks of, but he’s also got a trick or two up his sleeve.

Knight’s second favorite bait is a square-bill. It’s well known he loves to crank, and a Strike King 1.5 or 2.5 gets the call for shallow cover such as brush piles, laydowns, riprap and docks.

“I’m fishing the same things as I would with the square-bill, but it’s a non-reaction style,” says Knight. “A lot of the times in the fall you get days when they’re really biting and days when they’re really not. That’s when you might need to slow down. The jig is obvious, and the Rodent is a great flipping bait. It’s really subtle and doesn’t have a lot of action on the fall. I’ve had a lot of success over the last few years flipping that bait.” 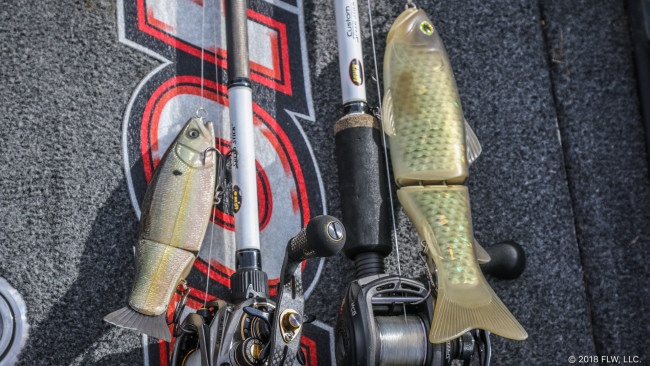 As you’d expect, Knight isn’t content to throw what everyone else throws in the fall. Hailing from east Tennessee, he’s got a few holdover tricks from the balsa days.

“A key bait that I like in the fall is the Strike King HC Shallow 1.5,” reveals Knight. “It used to be a bait we could only hand-build in Tennessee. When fish push back in these creeks and they’re schooling around shad, a wide-wobbling square-bill isn’t the bait to throw. You have to catch ’em with a crankbait that runs shallow and maintains a really tight wiggle. They won’t bite very well on anything other than that. The 1.5 Shallow is a great fish-catching bait in that situation.”

Knight’s final fall option is wildly different from the bitty square-bill. He likes to chunk a big 6- or 8-inch swimbait.

“It’s going to draw big strikes, and bass are up feeding on big gizzard shad in the fall,” says Knight of one of his favorite techniques. “A perfect place is riprap banks and black floats in marinas. The big gizzard shad get up around those areas and eat the algae, and the big bass are right behind them.”

Fishing in the fall can be a little frustrating at times, but it can be very rewarding as well. If you’re looking for answers on the water this fall, you might consider putting some of Knight’s tips into action.