Thrift Best in the Southeast 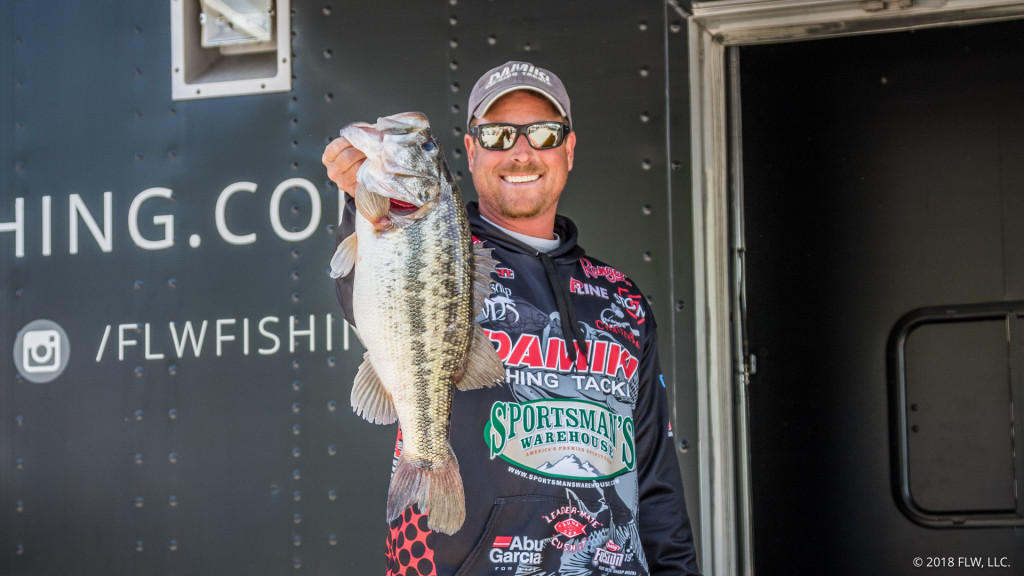 No doubt Bryan Thrift has accomplished a lot throughout his career so far, and after seven years of fishing the Costa FLW Series Southeastern Division as a pro, he finally took home the Strike King Angler of the Year title. Winning an AOY title at any level is impressive, and Thrift did it against some of the stiffest competition in the game. A strong 2018 campaign was comprised of a pair of top-10 finishes at Lake Okeechobee and Santee Cooper, with a mid-20s showing at Lake Seminole.

Thrift is all business when it comes to setting his annual tournament schedule. That’s why he continues to fish the Costa FLW Series.

“It’s a great trail to fish,” Thrift says. “The paybacks are awesome, and if you win one of the events you can win almost $100,000. I make a living fishing, so having more chances to make money is important. Plus, it’s another way for me to try and make the FLW Cup and keeps me fishing more.”

Despite his success at the FLW Tour level, Thrift knows winning the FLW Series AOY isn’t something to shrug off.

“It’s a major accomplishment altogether,” he continues. “I have the AOY trophy in the same place I have my Tour trophies, along with my Costa wins. It means a lot to win it.”

The first event of the season was cut short following the tragic accident that claimed Nik Kayler’s life.

Because of that, anglers finished according to their day-one standings. Thrift caught 15 pounds, 1 ounce to finish in ninth place.

“There was a big cold front that was coming through, and everyone knows how Florida bass get when it’s cold,” says Thrift. “So I thought 15 pounds was pretty decent.”

The first time Thrift fished Seminole was in 2017 for the Costa event, and he finished second. Naturally, he had high hopes this time around.

“I’ve only been to Seminole twice, but I like it,” says the Shelby, N.C., pro. “It was just standard shallow fishing this year, and you just had to cover water and hope to get bit. But, it was tougher than the previous year for sure.”

The first day of the event was canceled due to high winds, so the entire field fished the final two days. Thrift caught 14-6 on day one and 13-2 on the final day to finish 25th and cash a check.

The final event in the Southeastern Division schedule was at one of Thrift’s favorite places to fish. He’s won on Santee Cooper twice (once as a pro and the other as a co-angler) and has a handful of top 10s there. Even with a solid track record, his mind wasn’t focused on the event really at all.

“I was more focused on the Cumberland Tour event the following week more than I was for Santee,” he explains. “On the second day I almost threw back my smallest fish because I knew I’d probably make the top 10 with it, but didn’t want to miss the first day of practice for the Tour event on Cumberland. If I threw it back I’d still make good money, but could make it to Cumberland to start practice.

“When I was standing at the dock waiting for a bag to weigh my fish some people started telling me that if I made the top 10 I would probably win AOY. At that point I knew I couldn’t toss a fish back because that’s an extra $5,000 for winning AOY.”

Turns out, missing a day of practice for the Tour event didn’t hurt much since he went on to win the Cumberland event.

At Santee, Thrift sacked up 20-11 and 25-3 in the first two days of the event. On the final day, things got tough, and he scraped together four fish for 12-10 to finish sixth.

His two big bags were thanks to a 6-inch Damiki Hot Dog (soon to be renamed and added to the Stinger family) wacky rigged on a 3/0 Berkley Fusion19 Weedless Wide Gap hook.

For winning the 2018 Costa FLW Series Southeastern Division Strike King Angler of the Year award, Bryan Thrift earned an extra $5,000 in cash. Additionally, cash payouts of $4,000, $3,000, $2,500 and $2,000 went to the other top five pros. The top 40 pros and 40 co-anglers in the division standings qualified for the Costa FLW Series Championship.