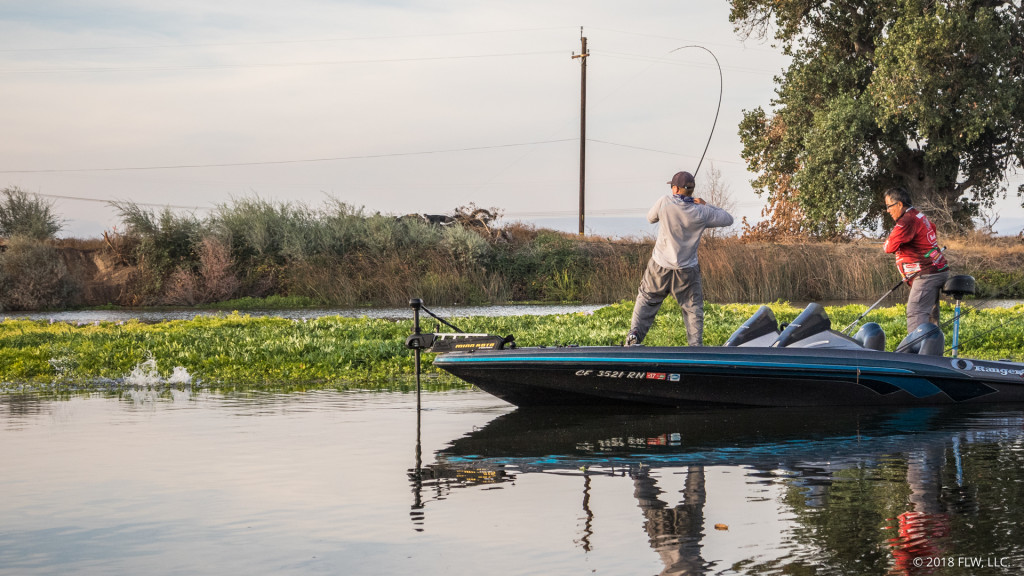 When the dust settled after the final Costa FLW Series Western Division event of the season, Nick Nourot stood atop the Strike King Angler of the Year standings. To take home the AOY title with 724 points, the Benicia, Calif., angler started strong with a 20th-place showing at Havasu, and then ripped off a pair of top-10 finishes to end the season at Clear Lake and the California Delta. 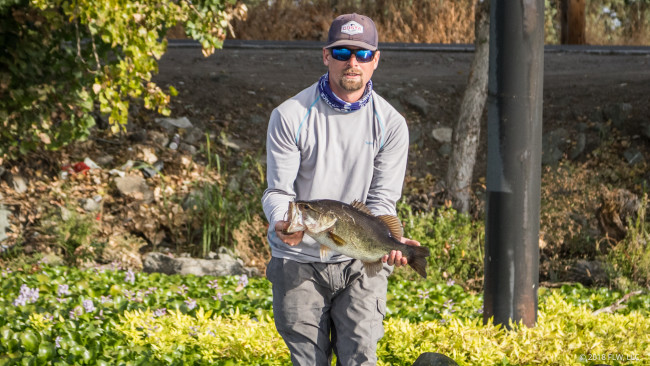 Prior to 2018, Nourot had never fished a full season of the Costa FLW Series from the front of the boat. Instead, after fishing two full seasons as a co-angler, he cherry picked tournaments at the Delta and cashed checks every time. You can be forgiven for not knowing Nourot’s name prior to this season, but the signs of success were there. Bass Rankings ranks him as the No. 1 angler in California over the last five years.

This year, Nourot has crushed it just about everywhere he’s fished, from team events to the Wild West Bass Trail and, most importantly for our purposes, the Costa FLW Series. For Nourot, that level of success isn’t necessarily a surprise.

“I wouldn’t say that I expected it, but I’ve been doing really good in tournaments ever since I started,” says Nourot. “I’m up there usually, no matter where I’m at. I’ve been fishing my entire life. It’s what I do. I grew up fly-fishing with my dad, and then I lived in Eugene, Ore., for a while and I bought my own drift boat. I loved catching bass and was always curious about it, but since I started bass fishing and doing tournaments I’ve just been good at it. I think it’s from growing up trout fishing and a lifetime in fishing. Just understanding fish in general.”

Of course, it’s not like Nourot hasn’t cut his teeth. Back in 2012 he finished second in points on the co-angler side in the Western Division, and he’s putting his all into each tournament.

“I expect to do well because I put a lot into it,” says Nourot. “When I went to Havasu I went and practiced and put everything into it. Clear Lake was one of the only ones where I didn’t get to practice very much. I feel like that one was the wild card lucky tournament for me this year.”

Outside of fishing, Nourot makes his living in a unique way – he blows glass for art pieces.

“It’s a very visual art form. My parents met in the ’60s in art school, and then started a business,” says Nourot. “My dad passed away, and my mom is in her late 60s, so it sort of fell to me. Instead of going to a four-year college, I went to Europe and studied glassblowing. And it just kind of happened. It’s an oddball thing. When my parents started doing it there were just about 15 people in the United States that were doing it. Now there are glass companies everywhere. My generation just sort of rediscovered it.”

Nourot Art Glass, the company started by his parents, makes all sorts of things. From engraved corporate awards to vases and light fixtures, Nourot can make just about anything.

Putting together a season with a pair of top-10 finishes would have been good regardless of the AOY outcome, but finishing in first was an important cherry on top for Nourot.

“It feels great. I’m super excited,” says Nourot. “And it feels good to be first. I’ve finished second a lot lately; I’ve been on a ‘second thing’ that I can’t get off of. I’ve been doing really well, but this is a first that goes beyond winning the tournament for me. I was stoked beyond words to finish it off.”

Now, he’s prepping to head east for the Costa FLW Series Championship on Lake Guntersville and a shot at the Forrest Wood Cup.

“I’m going to come fish it for sure,” says the Californian. “Since I own my own business I’m packing in a month’s work into a week and a half. I’m beyond excited to fish Guntersville. Even if it wasn’t a fishing tournament I’d be stoked to go fish it.” 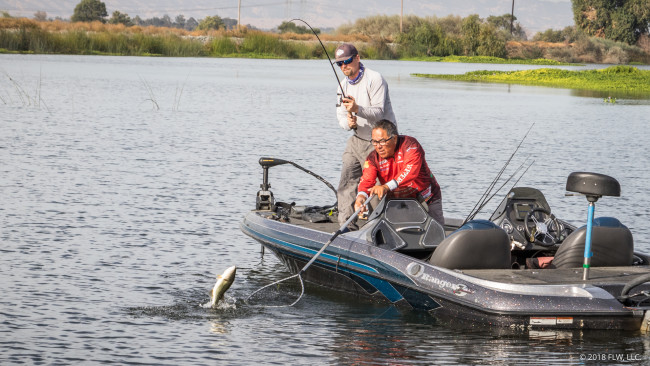 Finishing 20th at Havasu back in February, Nourot got off to a solid start. From there, he picked up the pace at Clear Lake and the Cal Delta.

Nourot took a two-tiered approach at Havasu to weigh more than 11 pounds per day for a 24-14 total. Flipping up the Colorado River with downsized Delta tactics and finesse fishing in the main lake both put keepers in the boat, but a big largemouth on day one changed the game for him.

“The first day I had a limit, and I was catching fish off one tree,” recalls Nourot. “I caught, like, six or seven fish on the same cast, and on the eighth or ninth cast I hooked into one, and it took me into the tree and I couldn’t get it off the tree. I went over to the tree, and sure enough a 5-pounder jumped behind the boat, out it in the middle of the lake. Basically, it was like 30 yards from the tree, and I was still snagged in the tree. This fish was going nuts on 6-pound line, and I was still hung on the tree. I finally got my line free and tightened up on it, and basically trolling motored over to it and slid the net under it.

“That was my tournament right there. Everything else I weighed was under 3 pounds,” he adds. “I don’t know how in the world it didn’t break the line or get off.”

Working with just one day of practice at Clear Lake, Nourot bucked the sight-fishing trend. He weighed 15 pounds on day one with a swimbait and a drop-shot, then found the motherlode on day two.

“I found an area where they moved up around noon, and there were 5- to 10-pounders swimming all around the boat,” says Nourot. “I figured out a little bait to get them to bite and caught 23-5. I went back there on day three and ground on them.”

Fishing his home waters to finish the season, Nourot knew he had a good shot at something special.

Of course, he didn’t do anything too special to make it happen. He punched mats with a big weight each of the first two days. On the final day, he added in a frog and a wacky rig. The fishing had gotten tougher, and he’d transitioned from hunting an AOY title to a tournament win. Nourot finished seventh in the derby.

Top 10 patterns from the Cal Delta