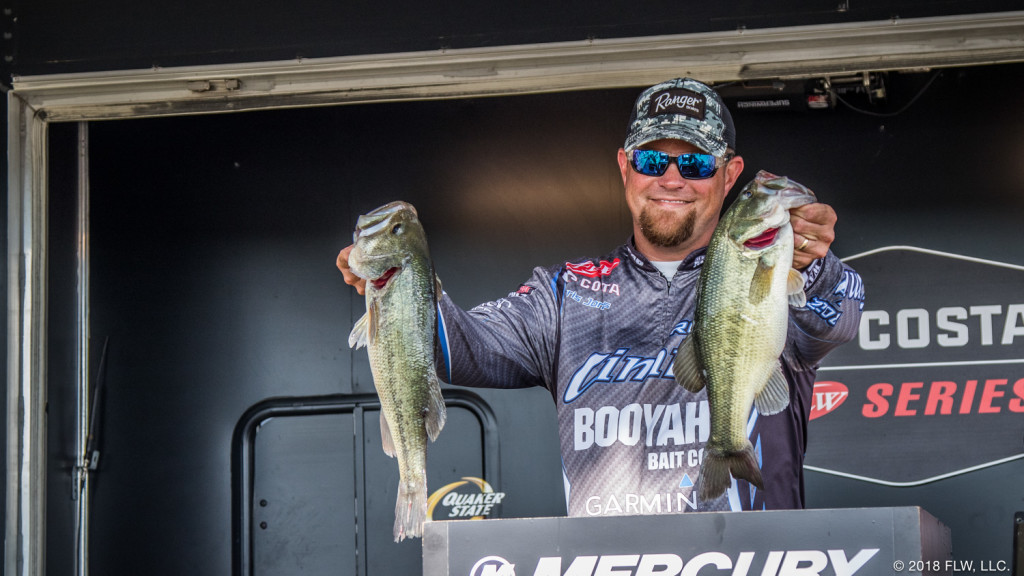 After a close battle throughout the final two events of the Costa FLW Series Southwestern Division season, Christopher Jones of Bokoshe, Okla. netted 719 points to edge out Jeff Sprague for the Strike King Angler of the Year title by just one point. Jones started off the season with a top 10 on Sam Rayburn, then won by a tiebreaker at Grand Lake (he and Sprague both finished with 47 pounds, 3 ounces over three days), and in a tough Fort Gibson event just a few weeks ago, he scrounged up four bass over two days to barely edge out the pro from Texas. 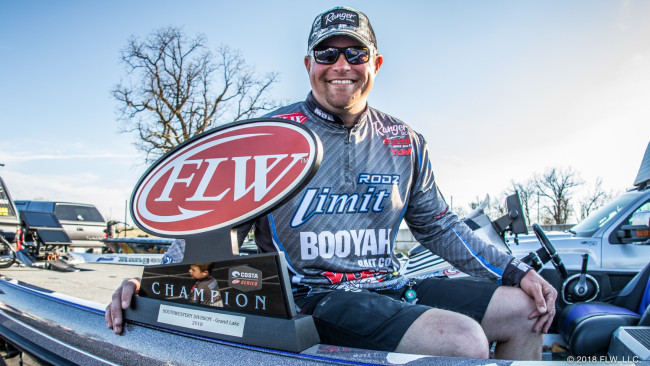 Jones has been fishing the Okie Division of the T-H Marine Bass Fishing League for over a decade. He banked three wins and 15 top-10 finishes (one of which was in the 2012 BFL All-American), but it wasn’t until 2011 that he jumped into Triple-A level competition via the Bassmaster Opens. He won an Open on the Arkansas River in 2013, sending him to the Bassmaster Classic, which really helped reinforce that he can compete at a high level.

Fast-forward to 2016, when Jones jumped into the Central Division of the Costa FLW Series and came out swinging. He’d bank back-to-back top 10s on Dardanelle and Kentucky Lake to start the season, and go on to finish fifth at the Costa Championship on Table Rock – qualifying him for the FLW Cup.

“You have to fish against stiff competition if you want to be the best,” Jones says. “So, to win Angler of the Year in this division is special. It was a great year. And, really, it was a year defined by one or two key fish.

“After winning on Grand and knowing I had a chance to win (AOY), I put a lot of pressure on myself to do well.”

While his main focus at the start of the season wasn’t to win AOY, after Jones took the lead two events into the schedule, he turned the majority of his attention to that goal. The fact that he had over six months between Grand Lake and the final Fort Gibson tournament to think about it only fueled the fire.

“I started out the year wanting to make the championship,” Jones admits. “And from there I ultimately want to make it back to the Cup. I usually don’t make pre-trips to lakes for tournaments – except when I fished the Classic and the Cup – but since I live about 45 minutes from Gibson, I made a lot of trips there for the final event. I’ve fished it a bunch, but never really in the fall. I know Sprague has a good amount of experience there, so I wanted to make sure I did my homework.” 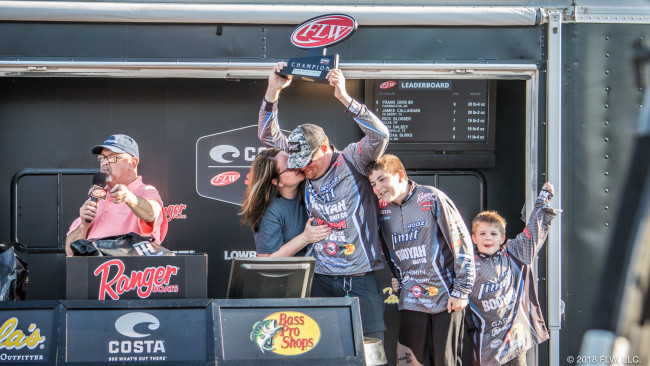 Not the time to advance

With the success he has had throughout his career, and qualifying to fish the Tour, most would probably jump at the opportunity. Jones, however, knows he’s got a good thing going.

“I have a pretty good job here at home where I can work four days a week and have the time off I need to fish tournaments,” he explains. “I’m a CNC programmer at a machine shop and I love it. I have some friends that fish full-time and it is a stressful thing. I have two boys at home, and having a steady paycheck is a good thing for my family.

“Plus, I’ve had good success in the Costa tournaments, and with Ranger Cup, I can win almost as much as a high-level tournament without being on the road a lot.”

Starting the season off down in Texas, Jones took home 10th place on Rayburn, but it was a stressful road from there. He’d win on Grand in a tiebreaker on the final day with Jeff Sprague and then tough fishing on Gibson nearly caused the AOY title to slip through his hands.

Having never been the massive Texas reservoir before, Jones parlayed a mini vacation with his wife around Christmas time to head down to visit his friend and fellow Costa Series competitor, Dicky Newberry. The goal was to hang out and put in a little time on the lake.

“I wanted to get out there when the grass was still up because I knew when we’d get there it was going to be dying off and you couldn’t see it,” Jones says. “I just thought if I could survive this tournament I’d be good.”

Heavy fog on the final day forced the cancellation of the remainder of the tournament, leaving Jones to sit in 10th.

He worked a couple of drains catching the majority of his fish on a YUM YUMbrella Flash Mob Jr., including a 9-5 that anchored his 23-pound, 12-ounce limit on day one.

“I wish we could have fished the final day because I had an area that I’d been saving. Who knows if they would have been there because the fish were moving, but I’d love to have found out. But looking back on it, that 9-5 was one of the key fish of my season. Without her, I may not win AOY.”

Jones had high hopes heading into the Grand Lake event.

“I was getting just enough bites in practice to where I thought I could do pretty good,” he says. “It was a tough event, but it was also the perfect storm because we were on a warming trend during the tournament and the fish wanted to move to the bank.”

Jones relied on a 1/2-ounce chartreuse and white BOOYAH spinnerbait with a No. 5 gold Colorado blade and a 3 1/2-inch YUM Pulse Swimbait trailer worked around docks to catch the majority of his fish.

Failing to catch a limit on day one had him down, but not out.

“I caught a 6-pounder on the second day when I caught 17 pounds to move into the top 10. Again, that was another key fish for the year. Sprague busted over 22 pounds on the second day and was right behind me heading into the final day. Had I not caught that 6, he would have been ahead of me.”

Both Jones and Sprague would end the tournament with 47-3 total, resulting in a tie. Tiebreakers on day three are settled by whoever was higher in the standings on day two. Fortunately for Jones, it was him.

Jones held a five-point lead over Sprague entering the final event of the season on Fort Gibson.

“I really thought about this tournament all summer,” explains Jones. “I just hadn’t fished [Fort Gibson] much in the fall. The water comes up and falls a lot on Gibson, so it was kind of hard to know what to expect. The water was up in the willows weeks before the tournament, and the fishing was awesome.

“But, it started to drop before the tournament and made things tough, but in a way, it was kind of a blessing for me. If the fishing was good, then everybody would have caught them. Because it was tough, I didn’t catch a bunch of fish, but it was enough to get the job done.”

On day one, Jones caught just three fish for 9-1. Fishing was brutal across the board, and surprisingly, it had him in 14th place.

Jones went out the next day and caught just one fish for 2-4 to end up in 23rd place. Sprague would wind up 19th, just four places ahead of Jones, sealing the win for the Oklahoma pro.

“I lost a 4-pounder in a brush pile and it had me sick,” he said. “I really thought that was going to cost me with how tough it was. Looking back, the four fish I caught were the most important because without just one of them, I don’t win the AOY.”

For winning the 2018 Costa FLW Series Southwestern Division Strike King Angler of the Year award, Jones earned an extra $5,000 in cash. Additionally, cash payouts of $4,000, $3,000, $2,500 and $2,000 went to the other top five pros. The top 40 pros and 40 co-anglers in the division standings qualified for the Costa FLW Series Championship.