Get to Know Cherokee Lake

The rundown of the playing field for stop No. 5 of the FLW Tour 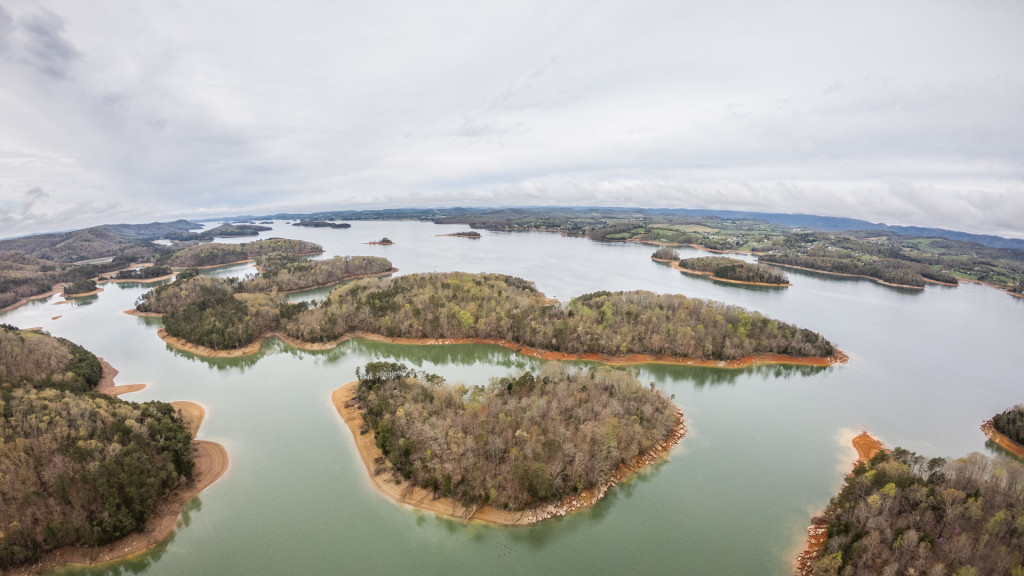 The fifth stop of the FLW Tour is presented by Lowrance and sure to be fun if you like east Tennessee, smallmouths and good fishing (who doesn’t?). Cherokee Lake plays host and promises to both challenge and delight anglers.

The lake is chock-full of largemouths and smallmouths, which is a notable departure from the largemouth-dominated fisheries that have made up the 2019 Tour so far. Additionally, the lake is a clear, deep, east Tennessee impoundment, which is about as different as you can get from Sam Rayburn and Florida, and only similar to Grand in very specific situations. 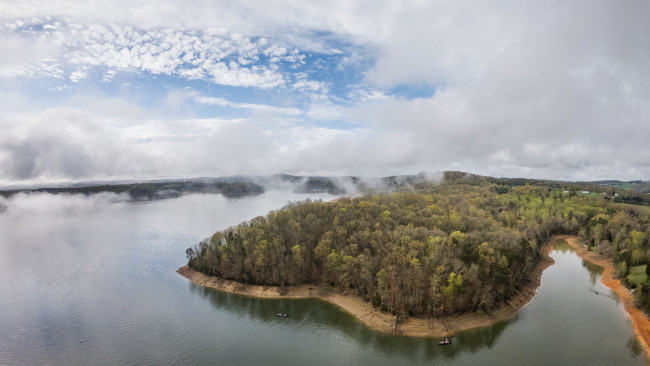 Cherokee Lake is a Tennessee Valley Authority (TVA) controlled impoundment on the Holston River. It sits roughly between Norris Lake (to the northwest) and Douglas Lake (to the southeast). In a normal year, Cherokee will fluctuate about 30 feet between winter pool and spring flooding, which is a lot, but nothing out of the ordinary for the average east Tennessee reservoir. Currently, the lake is about 15 feet below summer pool. It has been coming up around half a foot per day during practice. 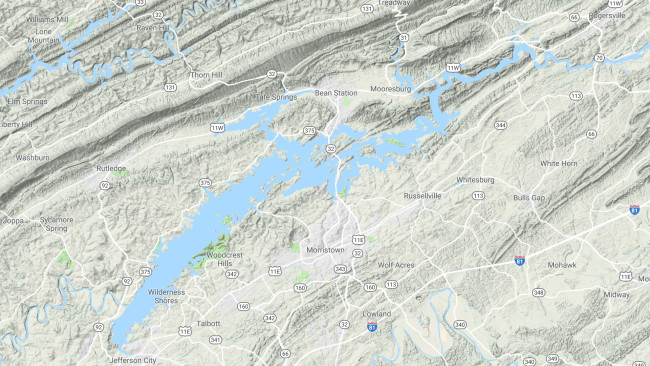 Built in the 1940s, Cherokee is more than 35 miles long from the Cherokee Dam to the old John Sevier Fossil Plant in Rogersville, Tenn., and depending on how you want to count, it’s a bit longer than that, as the dam is not quite at the “bottom” of the lake. Depending on the water level, Cherokee has about 400 miles of shoreline and 28,780 surface acres, making it plenty big for an FLW Tour event. 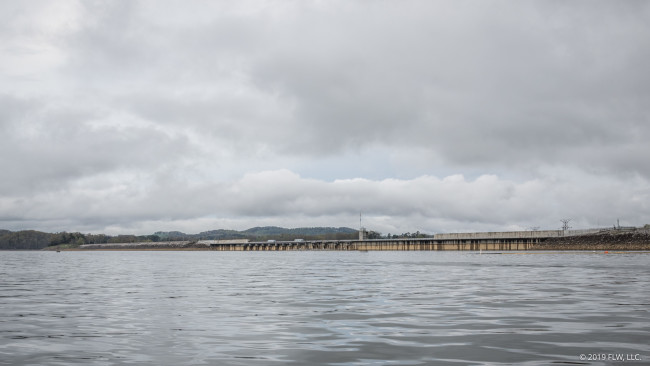 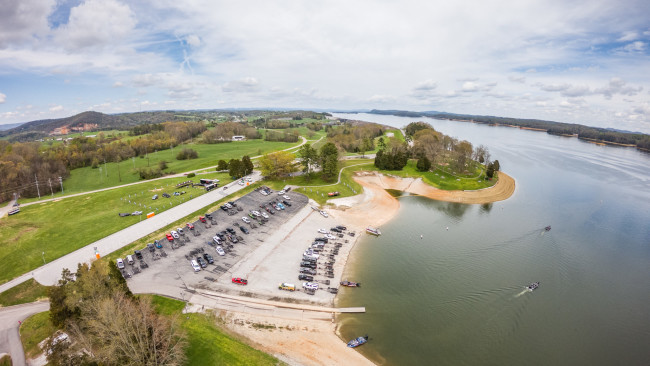 Takeoff, weigh-in and all the tournament festivities will take place at Cherokee Dam on the lower end of the lake. Pros will have easy access to lots of good fishing close by, and a bit of a run if they want to head up the river to try specifically for largemouths. 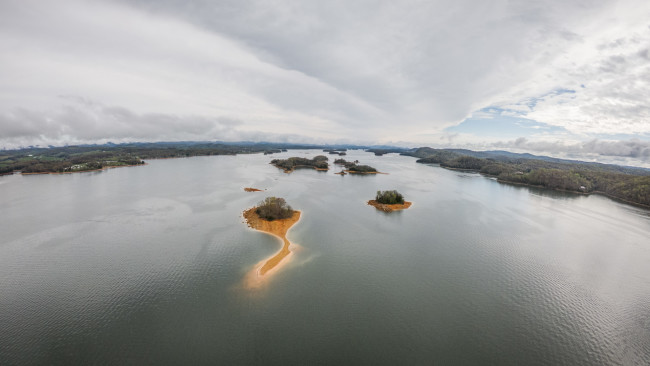 The lower end of Cherokee is broad and dotted with humps and islands. The eastern side of the lake has a generally steep topography, but the river channel winds back and forth across the whole lower lake, so deep water is never too far away. Though smallmouths and largemouths are mixed throughout the lake, the lower end is likely to be the main target of smallie chasers, as it has a better population and more of the offshore, exposed habitat that smallies love. 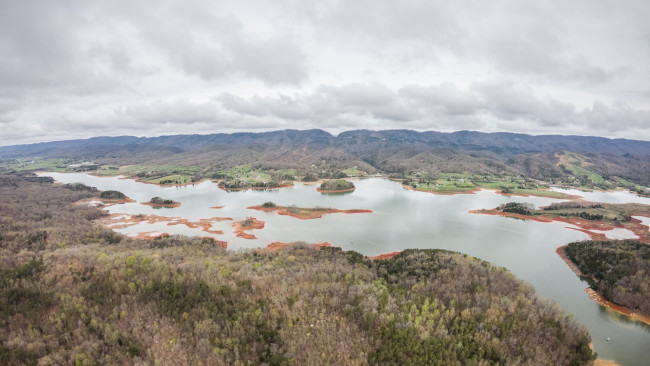 From German Creek on up, largemouths become more common, and there are a number of fairly large creeks that are broken off from the main lake by islands or passages that should be players. A lot of the creeks on Cherokee are a bit similar in layout to the creeks on Chickamauga, in that they have fairly narrow entrances and then open up into pretty large areas. Obviously, unlike Chickamauga, there’s no grass, and the largemouths don’t grow to record sizes. 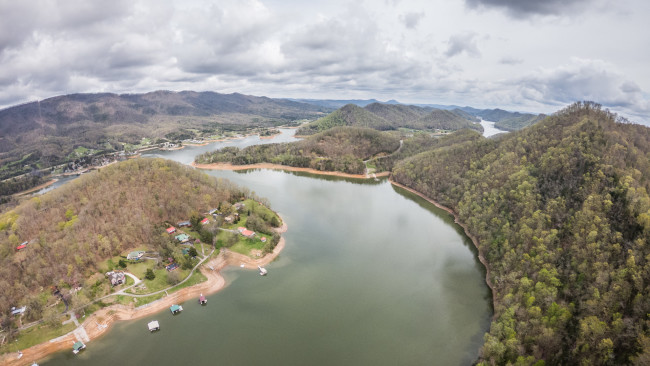 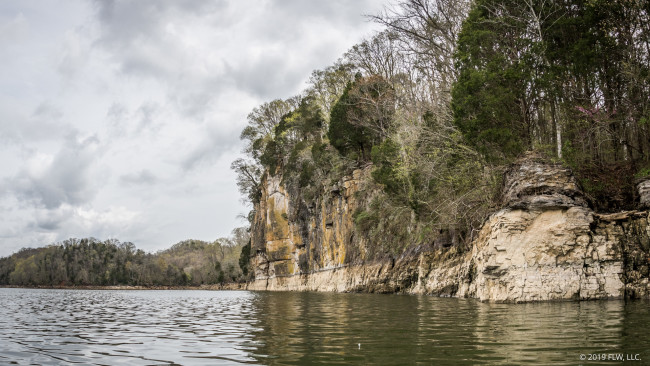 The balance of power tilts more toward largemouths farther up the river, and the terrain steepens as you go farther up. Though the lower end of the lake is very obviously east Tennessee, the upper end of the lake has a distinctly Ozark vibe, like the upper stretch of Beaver or the James River on Table Rock. Yet the water remains green and pretty the whole way. 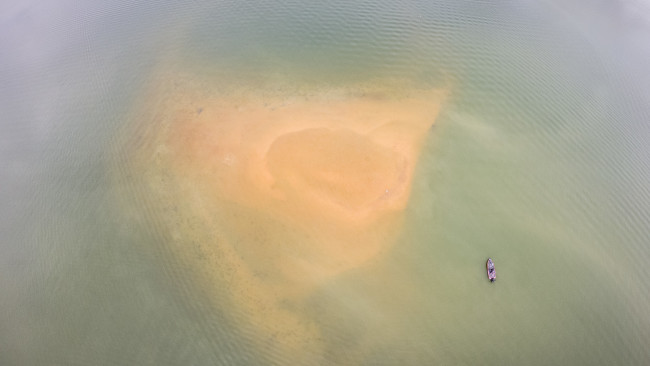 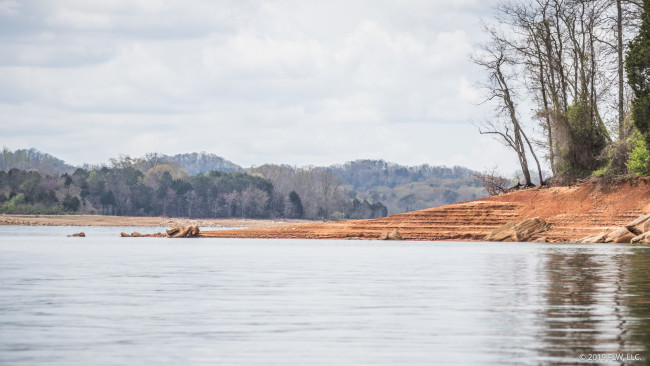 Though most of the banks in Cherokee are clay, the water is fairly clear throughout, with a few feet of visibility almost everywhere. That doesn’t mean that bedding fish are easy to see (the water is rising and slightly chalky), but it means that about any lure you want to throw can be fair game. 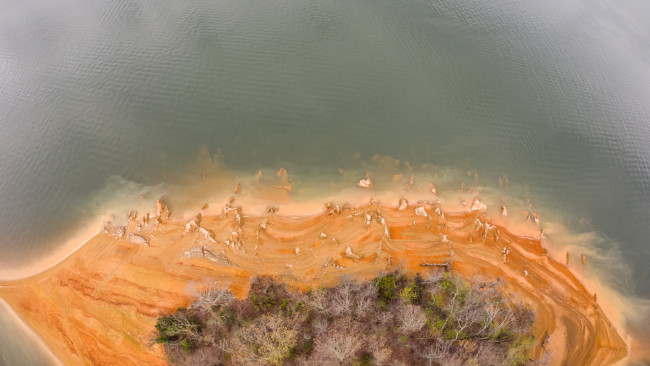 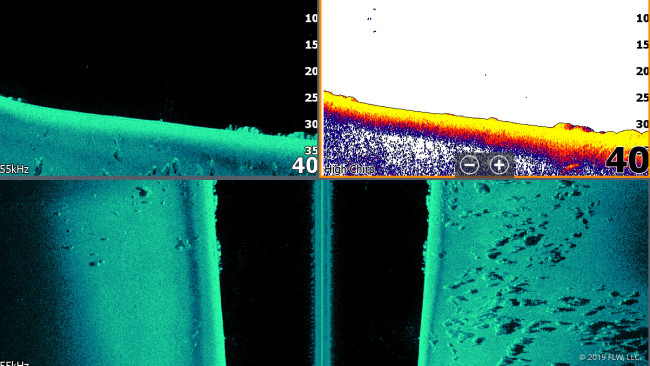 One of the salient features of Cherokee is the limestone in and around it. Sometimes it forms the whole bank, but it often sticks up in chunks out of clay, and veins of limestone extend far out into the water. It’s supposedly very good for holding feeding and spawning fish, but there are plenty of other sorts of rock in the lake, from riprap to bluffs to pea gravel. 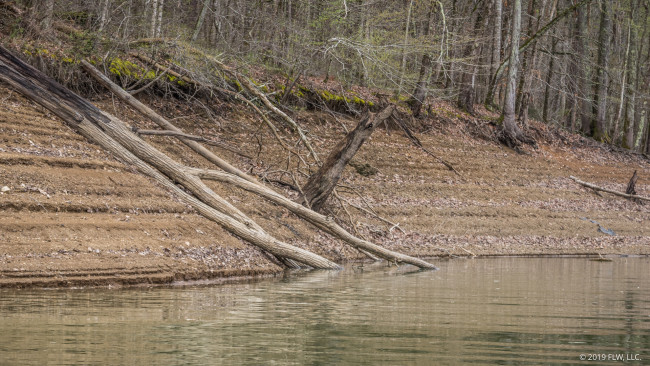 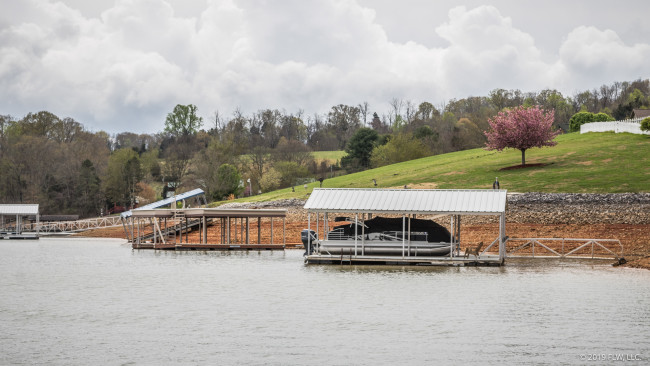 Outside of rock, the cover in the lake is mostly laydowns and docks, only some of which are in the water. Because the lake is significantly below full pool, a lot of the wood and almost all of the bushes are high and dry. Any largemouths that might prefer to call those objects home are either more concentrated than usual or looking for a new address right now. 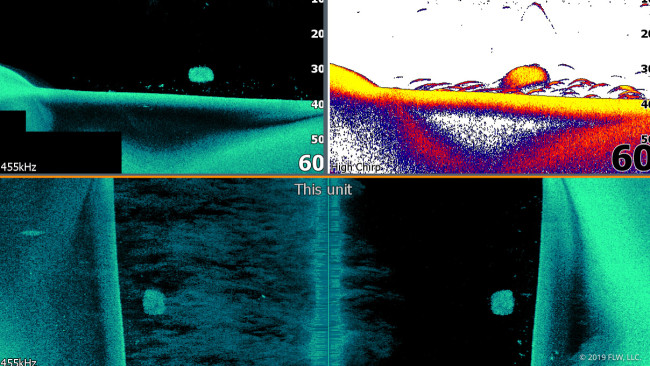 Though there are a lot of crayfish in Cherokee, alewives and shad are prominent forage as well. A lot of the bait in the lake seems to be pretty deep at the moment, and with many fish focused on the spawn or the activities around it, actually targeting bass that are roaming far off the bank isn’t likely to play. However, places where bait pulls up near shore in the morning could be key. You can see many cormorants and herons concentrated around certain little cuts and ponds, suggesting good areas to start the search for baitfish-chasing bass. 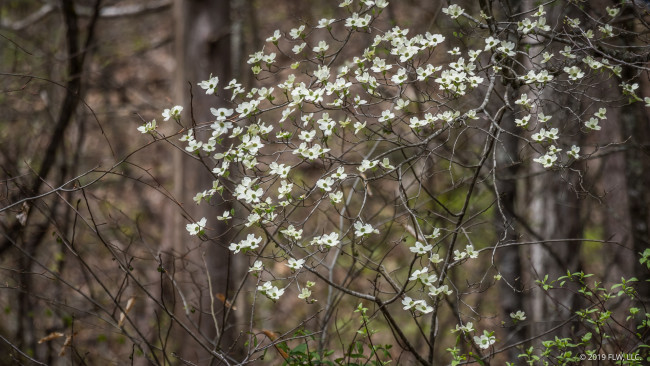 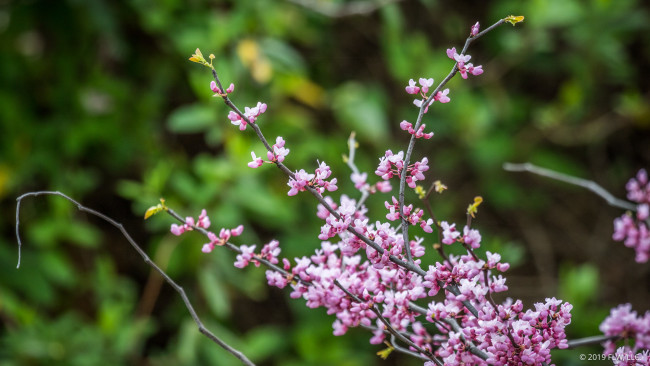 With daytime air temperatures never really getting below 60 degrees during practice, you can tell it’s spring in east Tennessee. Dogwoods and redbuds are blooming, and the hills are greening up fast and coming alive. It’s all but a guarantee that a lot of bass will get caught off the bed this week, though probably not all of them will be sight-fished. 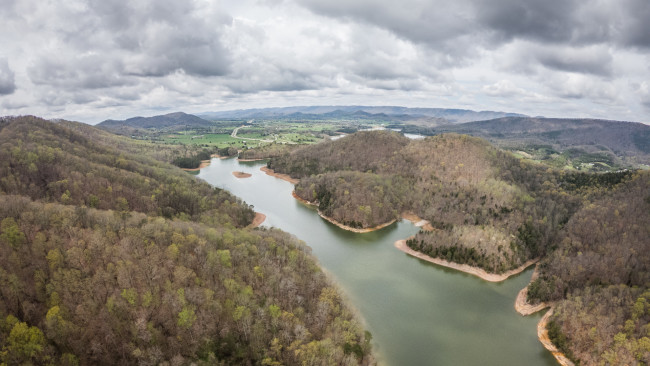 If you like great scenery and good fishing, this is going to be one to tune in for. Cherokee is truly gorgeous, and it supports a burgeoning population of bass that are in the mood to bite. Though it isn’t a huge lake by any measure, and not a household name, Cherokee is sure to produce some highlights in the week ahead.