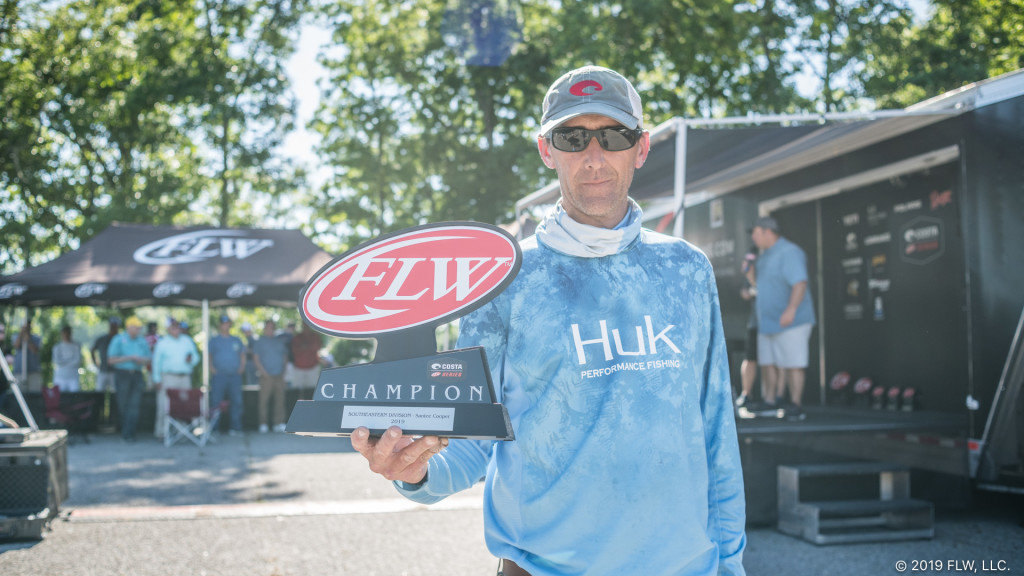 When Rodney Tapp wins, he does so in pairs.

After taking more than a dozen years away from the sport, the North Augusta, S.C., co-angler came back and really started focusing on tournaments again in 2016. That year, he won a pair of T-H Marine Bass Fishing League (BFL) tournaments in his home state from the back of the boat.

Fast forward to today, and Tapp is back in the winner’s circle again, having won the Costa FLW Series Southeastern Division event presented by Power-Pole on Santee Cooper. His two-day weight of 32 pounds, 10 ounces didn’t just blow away the field and give him the tournament win, though. It also crowned him the 2019 Costa FLW Series Southeastern Division Co-angler of the Year.

“It feels great,” Tapp says of his first win at the Costa level in his first full season.

This event was particularly tough on most co-anglers, as many pros were fishing cypress trees, not leaving much for co-anglers to toss at. That said, Tapp found a way to maximize his efforts while fishing with Lonnie O’Neal and Rick Taylor the two days. 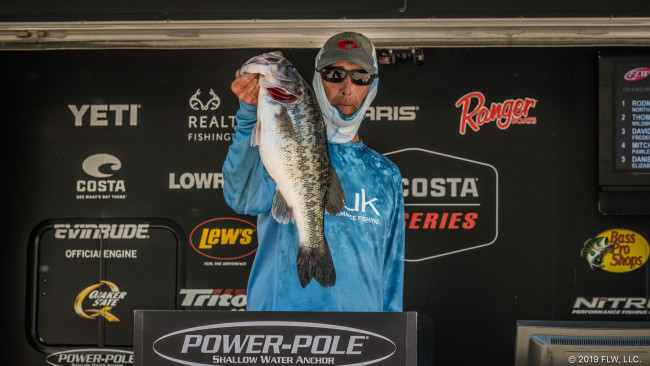 If he had an opportunity to hit targets near where the pro was fishing, he did so with a white Greenfish Tackle spinnerbait, casting it way past any trees and trying to bring it underneath the limbs.

However, his real trick was how he was using a wacky-rigged Yamamoto Senko.

“After a pro had hit a tree, as he was leaving, I’d make a cast past the tree and just start letting line out as we moved away,” Tapp says. “Then, once the pro stopped to fish the next tree, I’d pick up my line and start shaking it.”

Turns out, the dead-stick approach was quite effective, as he had a limit today before his pro had a single fish. That limit went 19-14, which was the biggest of the event and allowed him to win by more than 11 pounds.