Michigan college student found a Tennessee “gold mine” on day one 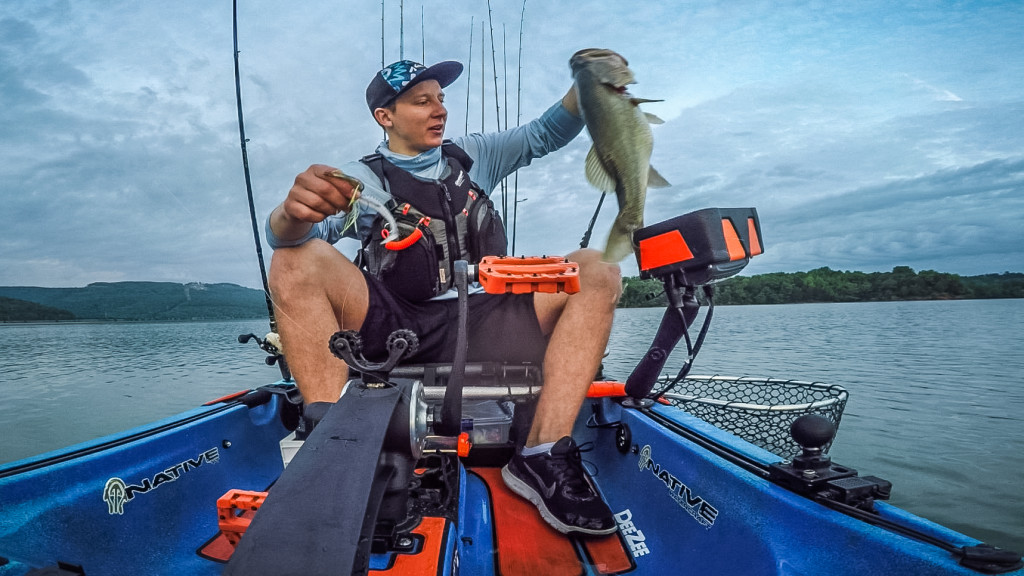 Bogdan Korostetskyi is no stranger to high-level kayak bass tournaments. A part-time college student who was borne in Ukraine and now lives in Michigan, Korostetskyi has won a couple tournaments, including a Kayak Bass Fishing (KBF) event on Lake St. Clair, and he’s been crowned Michigan Kayak Trail Angler of the Year.

However, while fishing on a college budget, Korostetskyi doesn’t typically travel very far to fish. This week, he made an exception to compete in the Dee Zee FLW/KBF Kayak Open presented by YakAttack at Nickajack Lake.

It sounds like a smart investment so far. The 23-year-old angler is leading the tournament at the halfway point. He recorded a total fish catch of 92 1/2 inches to take the top spot out of 103 anglers after day one.

“I caught a lot of fish actually,” Korostetskyi says. “I actually caught my first limit by 7:15.”

The young pro spent the first 10 minutes on a shallow flat with little to show for it, but experienced a major uptick when he relocated to the first of two primary areas. The move yielded a limit that included a quality 18-incher. His final spot, however, turned out to be the real juice.

“When I was pre-fishing, I didn’t know how good it was going to be,” he says. “I didn’t want to beat it up too much. But it turned out to be very good. I went to it and started catching them, and then the storm rolled in, and the bite just shut off for an hour maybe.

“I had to adjust my presentation. I was using the same bait, but I just worked it a little differently. That got me a few bites. At the end of the day, around 1 o’clock, I lost an upgrade. I would’ve had another inch. The fish jump a lot here, and I couldn’t keep it down it.”

Korostetskyi says he caught close to 15 keeper largemouth bass that were at least 12 inches long (the tournament minimum). His biggest measured 20.25 inches and came after a bout of thunderstorms swept through east Tennessee.

The main spot he’s fishing, where he finished the day, requires very precise casts, though the leader reports that he was able to catch his fish with a ChatterBait.

“I got down here and started just beating bank [in practice],” he recalls. “I caught fish on wood; skinny ones, but they were decent 15-inchers. I felt like everybody was going to do it, and I needed to find something people wouldn’t have time to find. I stumbled upon maybe a gold mine. We’re going to find out tomorrow. It’s very close to what I would look for in Michigan. I feel right at home, even though this lake is out of my comfort zone.”

On Sunday, Korostetskyi doesn’t plan to change up much, except he’s going to launch closer to his best area. The anglers are allowed to launch their kayaks at any public launch on the lake. They just can’t begin fishing until the official start time.

He says that by starting closer, he can fully mine the potential of the spot, and his other go-to place from day one becomes a handy backup just in case.

It’s a solid plan that might earn Korostetskyi the honor of becoming the first-ever winner of an FLW/KBF joint event. 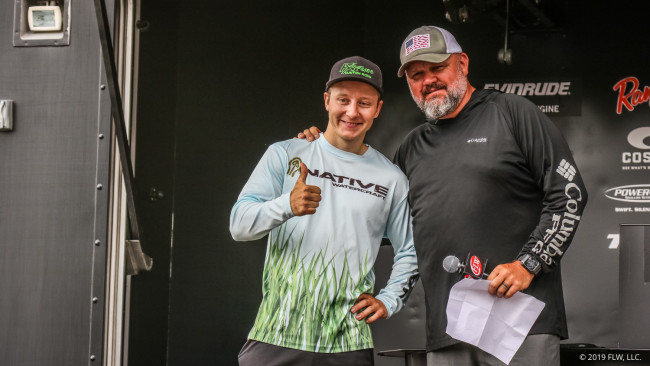