Three years ago, Justin Hevey was on the fast track to nowhere 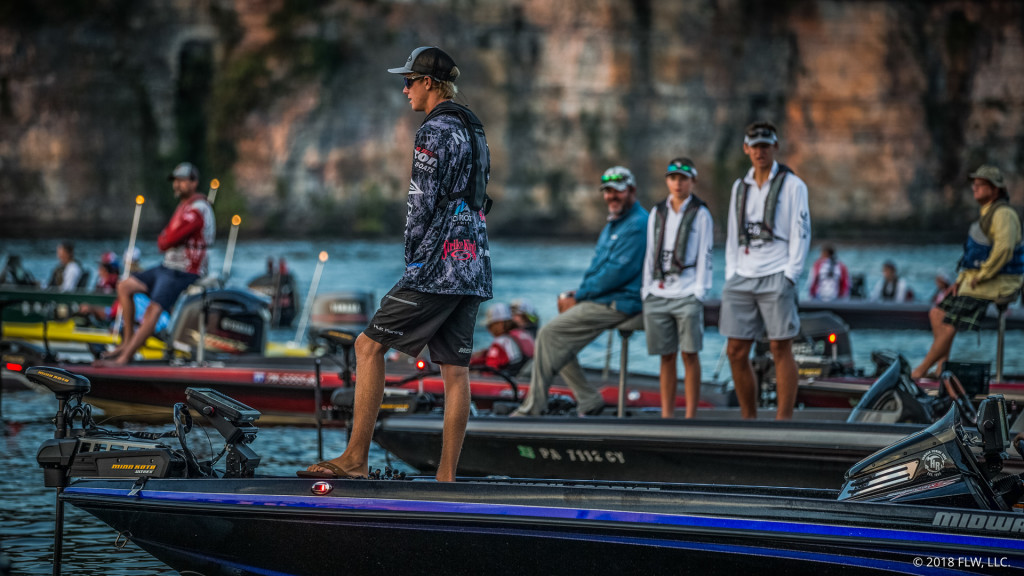 Three years ago, Justin Hevey was on the fast track to nowhere.

He had just completed what he referred to as a “pretty dismal freshman year,” and he was about to enter his sophomore classes at Okeechobee High School. The prospects of finishing school were bleak. A high school diploma seemed miles away.

Fortunately for Justin, the winds of change stirred along the shores of Lake Okeechobee, and a little well-timed fate intervened when a local law enforcement officer and a few like-minded parents decided to start a fishing team at the school.

It became a turning point in Justin’s life. Joining the Okeechobee High School Fishing Club that year was the difference between quitting school and eventually graduating this spring with his senior class.

“I had pretty much checked out, and quitting school was without a doubt where I was heading,” Justin says. “Then the opportunity to become part of the inaugural fishing team at our school happened, and all of a sudden I had a reason to go to school.” 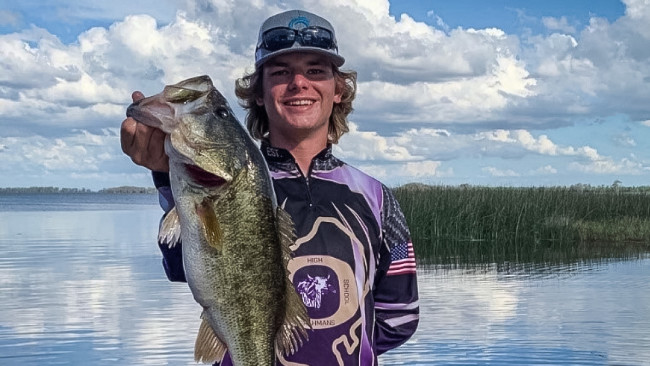 Justin’s story is not a new one; it’s been repeated hundreds of times across the country each year thanks to the growth in popularity of high school fishing programs.

The Student Angler Federation (SAF) and its High School Fishing movement began more than a decade ago as a way to grow the sport of bass fishing and encourage young people to participate in outdoor activities. It has ended up doing so much more, like filling the void for a lot of students who aren’t a fit for traditional high school sports and group activities.

In Justin’s case, the situation at home was less than ideal, and he found himself on his own more times than not. Fortunately, fishing is a family-oriented sport, and his “fishing family” came to the rescue.

“I’m not really sure where I would be without our team,” Justin says. “Having to make eligibility each week gave me a reason to go to school and actually study. Now I’m just a couple of months short of graduating, and I absolutely have to give the credit to our high school team.”

Team “mom” “Kimberly Wojcieszak also has seen the difference fishing has made at the school of 1,200 students in south Florida.

“We started our first year with 14 students, and in just our third year we are at 36 team members and still growing,” she says. “And, as you can see in Justin’s case, it has been the difference maker in his life.”

Principal Dylan Tedders is another big supporter of High School Fishing. He is impressed by the way the program has brought school pride to Okeechobee High School.

“The program has given many of our students a sense of purpose and a great deal of pride in representing not only the school, but the OHS fishing team,” he says. “If this program helped just one student like Justin, then it is most certainly a win for us, and we believe that our program will continually grow each year.

“It takes a little effort to get a club started, but I think that every school in the country that has any access to water should consider adding a team to their program.” 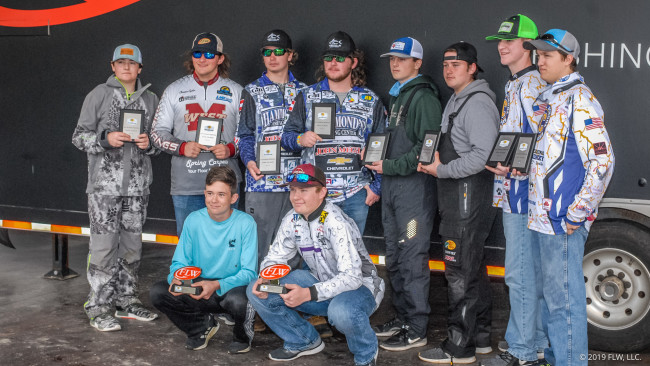 Mark Gintert, the executive director of the Future Fisherman Foundation and the former The Bass Federation national youth director, has seen many more success stories through High School Fishing.

“When we first started our High School Fishing program, we coined the phrase ‘Promoting Education Through Fishing,’” he says. “Justin is a great example of the power of this program.”

Some say the sport is “just fishing,” or that the national high school program has no impact beyond those who already fish. But that’s not the way Gintert sees it.

He points to the fact that it’s not unusual to see 100-plus boats – each with an adult volunteer and two high school anglers – on lakes, rivers and reservoirs across the country on every weekend in the heart of the fishing season. Ten years ago those types of events never happened. And many of those anglers are new to the sport. The impact is immense.

How big? It’s estimated that around 45,000 students are participating in high school clubs, circuits and regional trails across the nation. That equates to approximately 2,500 high school teams or clubs. Add to that more than 22,500 boat captains, more than 2,000 team coaches and another 3,000 adult volunteers to those respective teams. Tens of thousands of students and adults participate every season.

They’re generating a substantial economic impact, too. A recent survey showed that the average high school angler has more than $600 in tackle and equipment. That would put the tackle sales to this group at approximately $26 million.

Some might look at that figure as a major obstacle to participation, but Gintert says that entry into the sport is relatively easy for students, and that most gradually acquire and upgrade equipment over their careers.

“There are also programs like the Future Fisherman Foundation’s Tackle for Educators and a grant program called the Lew’s High School Fishing Program that help clubs and organizations with equipment for students who can’t afford it,” he adds.

For Justin Hevey, just as his academic life has improved, so has his fishing ability. Recently, he and his team partner, John Pearce, won a major regional event. Justin feels that he has become a very versatile angler with the ability to fish any type of water, but admits that catching a 9-pound largemouth on a frog was one of the highlights of his young career.

As for life after the Okeechobee High School team, Justin is looking at YETI FLW College Fishing opportunities or joining the U.S. Coast Guard.

Regardless of his choice, High School Fishing and this young man’s determination have paved the way to a better life.