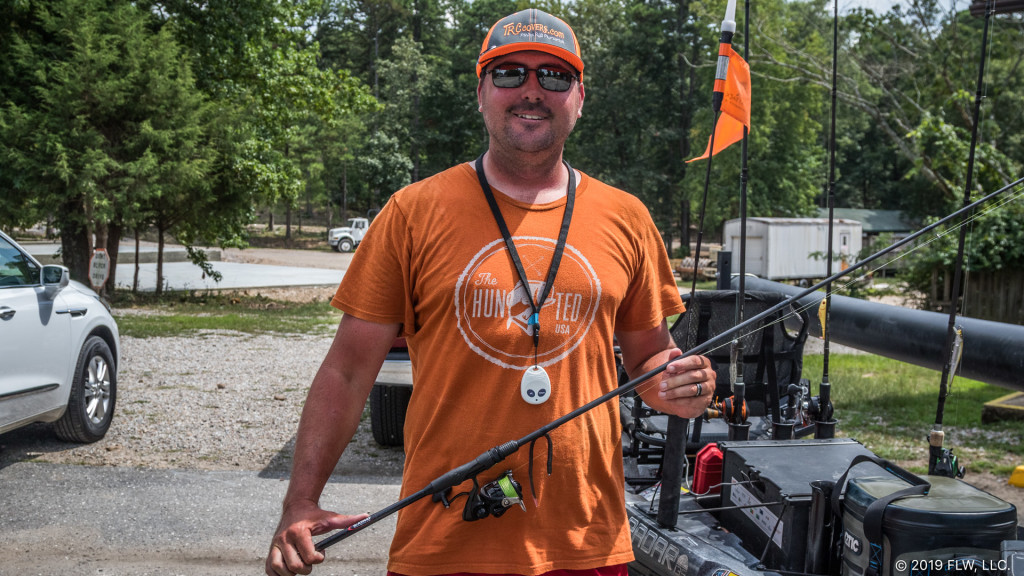 No one expects catching fish in the Dee Zee FLW/KBF Cup presented by YakAttack to come easy this week. It’s an understatement to say Arkansas in mid-summer is hot, and the fishing tends to be about as difficult as you’d want it to be, especially on Lake Ouachita.

Alan Reed knew coming into this week that finding and catching fish was going to be a difficult task, but that’s what makes a championship tournament like the Cup so special: A win has to be earned.

Reed also knows a thing or two about earning wins. He has a couple wins to his name on the Kayak Bass Fishing (KBF) Trail Series, including a victory just last week on Mark Twain Lake in Missouri. The latest win moved him into the top 10 in Angler of the Year points.

We caught up with Reed after his practice on Wednesday to get the scoop on how Ouachita is fishing and what the outlook is for the two-day event that begins Friday and runs concurrently with the FLW Cup on neighboring Lake Hamilton.

Reed, a Columbus, Ind., native, didn’t have a chance to pre-fish for the Cup prior to this week. Instead, he picked up his win on Mark Twain and then hit the road for Hot Springs a day later. His practice began on Monday, and he’s been searching for the winning fish since then.

“It is hot. The heat index right now is 109,” he says. “It’s tough. We knew coming out here based on the [FLW] Cup here last year it was going to be tough fishing. I’m just glad we have another day of practice.”

So far, Reed has done just about everything summertime anglers on Ouachita traditionally do. He’s searched offshore for brush piles and humps that might be holding fish. He’s beaten the bank with topwaters and searched points. Along with going into some creek arms, Reed also plans to search the Ouachita River on his final day of practice to see if there might be something there he hasn’t found anywhere else.

“Yesterday I was up in the creek arms and river arms,” he explains. “Today I fished more main-lake, deep humps and things like that.

“Yesterday, I went out and was hitting points. In the early morning they were coming up and hitting on things. None of those were real big fish. For us, this is a two-day event, and there’s no points involved. I’m not out here to go chase some small fish for AOY points. I’m going for the win, so I’m looking for those big fish.”

Reed hopes to find those big fish around grass, and there’s certainly some grass on the humps he was exploring on Wednesday. But the grass bite might not be the deal this weekend, simply because there isn’t quite as much grass as Reed was expecting there to be.

“Hearing from some of the locals, it sounds like with all the rain and flooding that happened earlier this year, the water came up really high after the grass started to grow up in December and January, and that killed a lot of it off,” he says. “What I have found has been really patchy.” 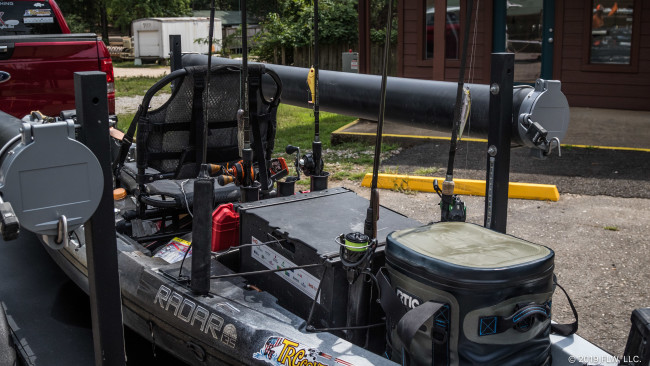 Still, it’s a good bet some of the 69 anglers in the Cup field are going to find bass in the grass, and they’re almost certainly going to find some brush piles holding quality fish. The difficulty will be finding areas with enough grass or enough brush to allow anglers to run some patterns and hit enough of that cover to put together a good bag.

“I think the biggest thing everybody’s got to worry about is you have to get a limit,” Reed explains. “We saw that last year in the [FLW] Cup. I still think that’s going to come into play. The fishing is tough. That’s going to be goal No. 1: Get a limit both days. I think that’ll do decent.”

But, as for doing better than decent, Reed expects consecutive limits in the 80-inch range to be the ticket to getting a win.

“It’s always a pretty safe bet that if you come in in the mid-80s for inches, you’re going to be pretty decent,” he adds. “That might be even stronger here this week. If you put everything together, 10 pounds a day, that’s five 2-pounders. If you came in with 80 [inches], I think you’re going to be pretty good. Back-to-back 80s; there’s a good chance that’ll win it.”

Separating from the pack is going to come down to mixing in a couple big bites each day. Firing up a school of 2-pounders only goes so far.

Weather might also impact just how good the fishing ends up being by the time the tournament starts. It’s been incredibly hot this week, but Reed points to overcast conditions Thursday and the possibility of rain Friday and Saturday as prime factors for the bite going one way or the other.

“Somebody always finds something,” he adds. “Even if they didn’t come on it in practice they stumble onto something on their side scan when they’re out there.”

Perhaps Reed is being prophetic. He still has a day of practice left, and he’s as likely as anyone else to find the key to unlocking a win on Ouachita, especially if the river turns out to be the deal this weekend.

“We have people in these events who are really good river fishermen, so maybe the river comes into play,” he posits. “I haven’t been up there myself yet. I’m not going to turn anything down, because I might stumble onto something there that’s way better than what I’ve seen so far.”