What an FLW pro is up to right now 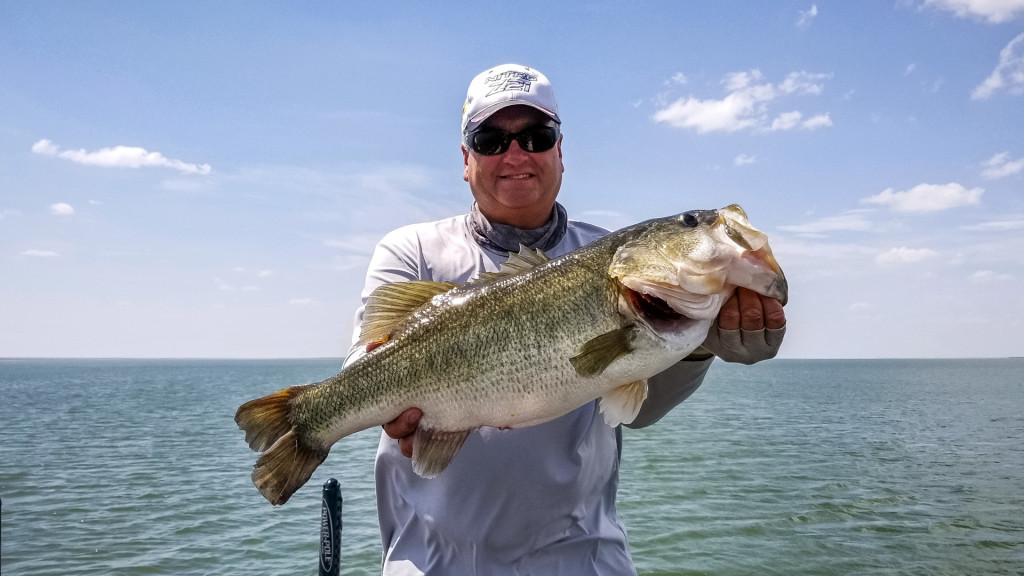 From time to time, FLW checks in with its anglers to find out what they’ve been up to, what they’re listening to, who they’re following and where they’re heading while out on the tournament trail. This week, we caught up with Texas pro Matt Reed.

What are you up to now?

I’m guiding a ton at Lake Falcon, which is what I do a lot of the time. It’s crazy good. This is the time of year that we catch most of our big ones in the heat of the summer.

Summer is really best? How good is it?

They live in the desert, so they like hot temperatures and a little wind. And it fits the way I like to fish, too. I like to fish offshore. And they group up and eat. They’re as healthy right now as they will be prespawn. They’re just round.

We’ll have a lot of 40-pound days on our best five. You can catch a 10. I guess in the last week we caught two official double-digits. There’s a lot of 8- to 9-pounders right now.

There’s nowhere like it in the country. It’s just down there by itself, so it doesn’t get as much media as other place. Falcon is just kind of a creature of its own. I can’t guide from home, so I might as well drive 400 miles and stay down there two or three weeks at a time and catch some big ones.

I go back to Falcon tomorrow. I’ve been home for a week. I’ll be there for most of the month. But then I kind of get a little fun time. Every year we have a trip to Venice, La., where four or five boats of us go down and chase big reds. I take my dad every year. My dad’s 82 and can still get after it. That’s a special trip every year that I look forward to tremendously. That’ll be late October.

I’ll do some hunting in October. I try to give myself a little recoup time in that timeframe. And early November I’ll be right down the road from you (FLW in Kentucky) hopefully. A buddy of mine has quite a bit of land up there behind the Lake Barkley Dam area, in Dycusburg, and I’m planning to make another deer hunting trip up there. In that late October, November window I try to recharge a little bit.

What are you listening to these days?

When I’m relaxing I’m going to watch some kind of outdoor hunting show on TV; bowhunting most likely. And I’m gonna watch sports.

I listen to country music, and it’s not going to be the new country. I’ve got satellite radio, and I listen to probably not some of the old, old country, but more of the ’90s and early 2000s country than I do the new.

Who are you following on social media?

I’m really not working on anything new right now. When I’m guiding I’ll have my clients throwing what I think is the best opportunity to catch a big one, and I may toy with something. That’s just always my nature. I’ll pick up a drop-shot on 8-pound line and catch bigguns on it just so I’m working on something all the time; maybe not anything brand new, just honing different techniques to keep the rust knocked off. I really enjoy catching great big fish on little bitty line. The biggest one I’ve ever caught down there on Falcon on 6-pound line was a 10.52. I catch lots of big ones on 8- to 10-pound line.

Is it ever hard to go to a tournament, knowing how good the fishing is that you’re leaving behind? It seems like you’re pretty spoiled.

I’m spoiled to the core, but I do have a knob I can twist based on whatever kind of fishing I’m doing.

And actually, my favorite kinds of tournaments to fish are not the fun ones. I was really looking forward to Hamilton (the 2019 FLW Cup) because it was tough. That’s the kind you can win. Slugfests are really tough to win.