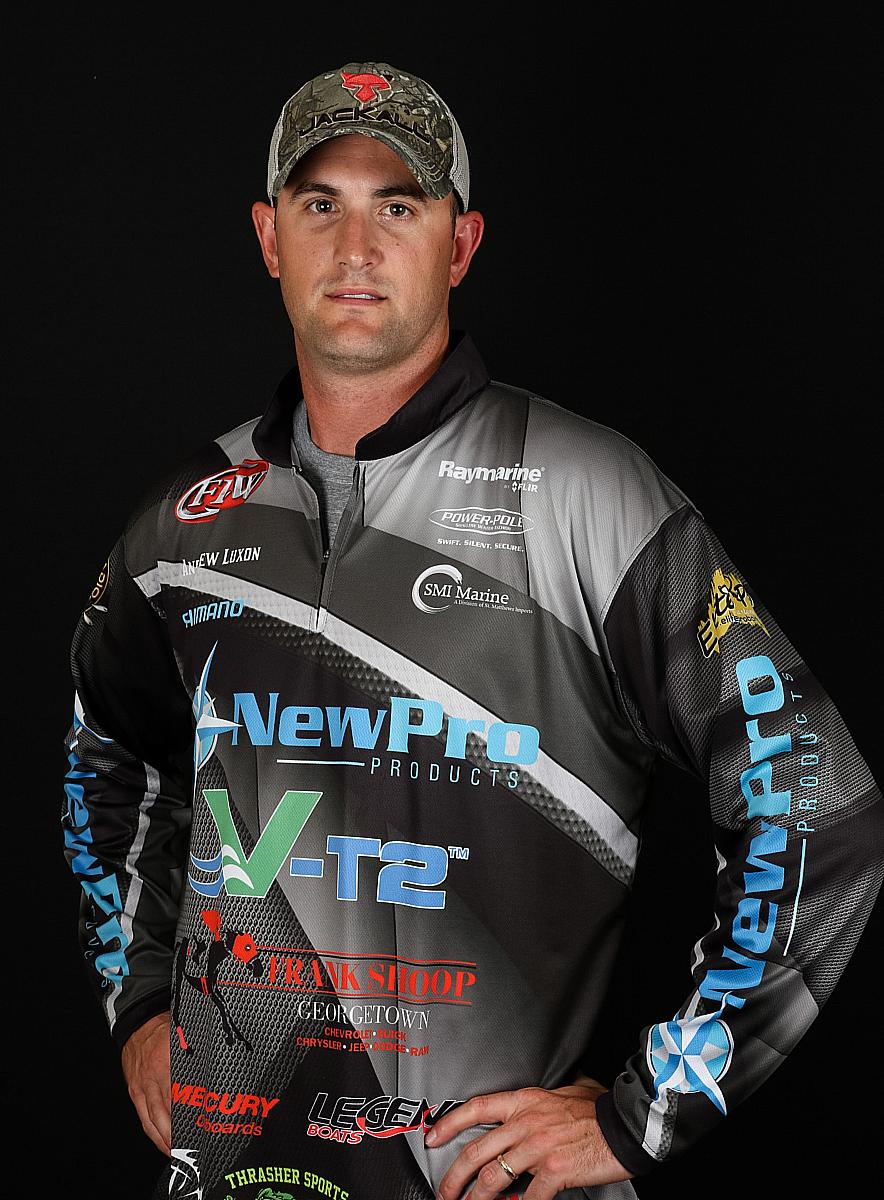 After fishing for three years as a co-angler on the FLW Tour, Andrew Luxon, decided to transition to the front of the boat in 2014 to fish as a pro. Luxon started his fishing career with FLW by fishing the FLW College Fishing Series as well as BFL and Rayovac Series. He has earned five top-10 finishes, three of which came at the Rayovac level and two at the College level. Luxon was married in the fall of 2013 and when he is not fishing, runs his own contracting company, Luxon Contracting.