WE ARE Bass Fishing

The WE ARE Bass Fishing campaign was created by Major League Fishing (MLF) to promote and share the experience of bass fishing with the world. At MLF, we believe bass fishing is more than just tournaments – it’s getting outdoors with family and friends, finding the perfect spot, selecting the right gear, dialing in on the bite, feeling the joy of setting the hook and seeing the smiles on the faces of those around us. Whether competing in a tournament or dangling your feet off the dock at sunset, bass fishing is about getting outdoors and doing what you love. It doesn’t matter how or where you catch the bass – it’s the experience of the rod shaking and the heart racing that we are all after.

Major League Fishing is the world’s largest tournament-fishing organization and premiere outdoor entertainment brand. We utilize our tournament fishing platform to share the passion of bass fishing with our fans. Our goal is to entertain, engage, educate and steward for the sport of bass fishing – no matter the format. Check out the content below for a quick peek at who WE ARE, then take a minute to tell us who you are and how you participate in this great sport by sharing your personal bests or favorite outdoor photos on social media with the hashtag #WEAREbassfishing.

Major League Fishing is home to the Bass Pro Tour, the world’s top bass fishing league, which entertains millions of fans across our top-rated MLFNOW! live stream and television networks like CBS, Discovery Channel, Outdoor Channel and the Sportsman Channel.

Whether you’re a parent looking for a new activity for your kids, or a seasoned tournament angler, Major League Fishing has tons of engaging content across digital, social and print channels that teach anglers, young and old, how to hone their skills.

The MLF Bass Pro Tour is the highest level of competitive fishing in the world. A total of 80 anglers compete across seven Stages, plus a mid-season all-star event called Heavy Hitters. The season culminates with REDCREST, the Bass Pro Tour championship. Bass Pro Tour events are broadcast live via the MLFNOW! live stream and repackaged for television broadcast on CBS, Discovery Channel, Outdoor Channel and the Sportsman Channel. All events on the Bass Pro Tour feature the catch, weigh, immediate-release format.

The General Tire Team Series showcases the superstars from the Bass Pro Tour competing as teams across four events for hundreds of thousands of dollars in cash payouts. Each episode features nine MLF anglers competing as three, three-man teams. The anglers on each team wear wireless earpieces, which provide constant communication with their teammates.
Each season features three qualifying events, where teams compete for a spot in the General Tire Team Series Championship. Episodes air on Outdoor Channel and are also available on-demand at MyOutdoorTV.com. 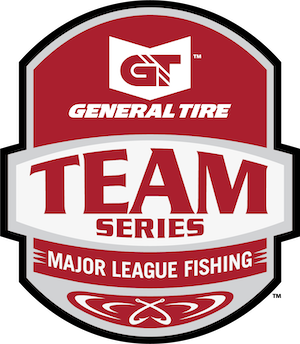 The Tackle Warehouse Invitationals are highlighted by six events with a total season purse of more than $3.9 million. The Invitationals showcase 150 anglers in each event competing for a top prize of up to $115,000 and an invitation to compete in REDCREST, the Bass Pro Tour championship. The Invitationals are broadcast live on the MLFNOW! live stream and the winner is determined by the highest cumulative weight from all three days. 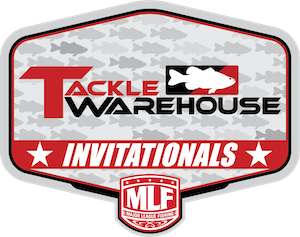 The Toyota Series is MLF’s AAA-level circuit, which offers the biggest payouts for the lowest entry fees on any national tournament trail. The Toyota Series offers regional anglers a chance to compete close to home for incredible awards and advancement to the nationally-televised Toyota Series Championship where pros fish for $235,000. Eighteen regular-season tournaments are held in six different divisions around the country. The Toyota Series is the pathway to the Tackle Warehouse Invitationals and ultimately the Bass Pro Tour. 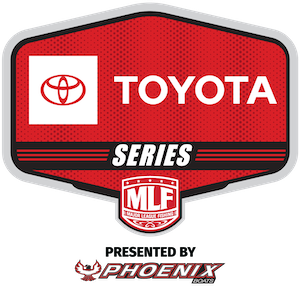 The MLF Phoenix Bass Fishing League presented by T-H Marine is for the weekend angler, featuring one-day tournaments in 24 divisions across the country that provide advanced competition and lucrative payouts. Each division features four, one-day qualifying tournaments that pay as much as $13,000 to the winning boater and $3,000 to the winning co-angler, plus a two-day super tournament offering top awards of $16,000 and $4,500, respectively. Only in the Bass Fishing League can you fish a one-day tournament close to home with advancement opportunities to nine no-entry-fee championships, including the prestigious All-American and Toyota Series Championship.

MLF Abu Garcia College Fishing presented by YETI allows student athletes at colleges, universities and community colleges the opportunity to compete against their peers, earn prizes and gain valuable knowledge and experience competing on the same waters as some of the best professional anglers in the sport today, at little to no expense to the students. Teams are made up of two anglers, who represent their school and compete in tournaments for cash and prizes. Prize money is awarded to the top five teams in each event, while teams also compete for valuable points that advance them to the Abu Garcia College Fishing National Championship. Both members of the National Champion team, along with the runners-up, advance to compete in the Toyota Series Championship, where pros compete for a shot at winning as much as $235,000.

The MLF High School Fishing presented by Favorite Fishing was launched to promote education and the love of the outdoors through fishing. It offers students at more than 23,000 high schools across the United States and Canada the opportunity to compete against their peers in State Championship and High School Fishing Open bass tournaments for the chance to earn prizes, including college scholarships. Similar to any other after-school club, High School Fishing anglers hold regular meetings, elect officers, and have coaches or parent advisers. The program is designed to get students in schools across the country excited about fishing. Each tournament is held on a Saturday following an Abu Garcia College Fishing presented by YETI tournament, so students and parents can network with prospective college teams and coaches during college weigh-ins. The top 10% of teams in each tournament advance to the High School Fishing National Championship, where both members of the winning team receive a $5,000 scholarship to a school of their choice. 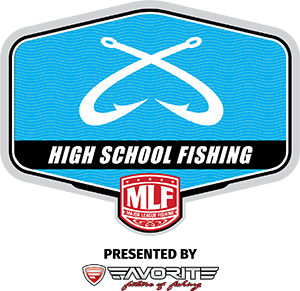 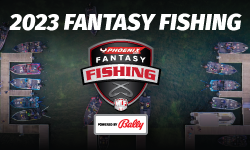 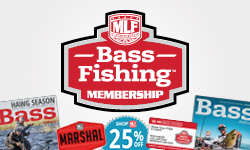 Your Keys to Becoming a Better Angler 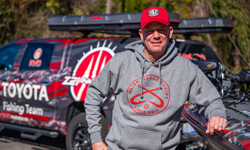