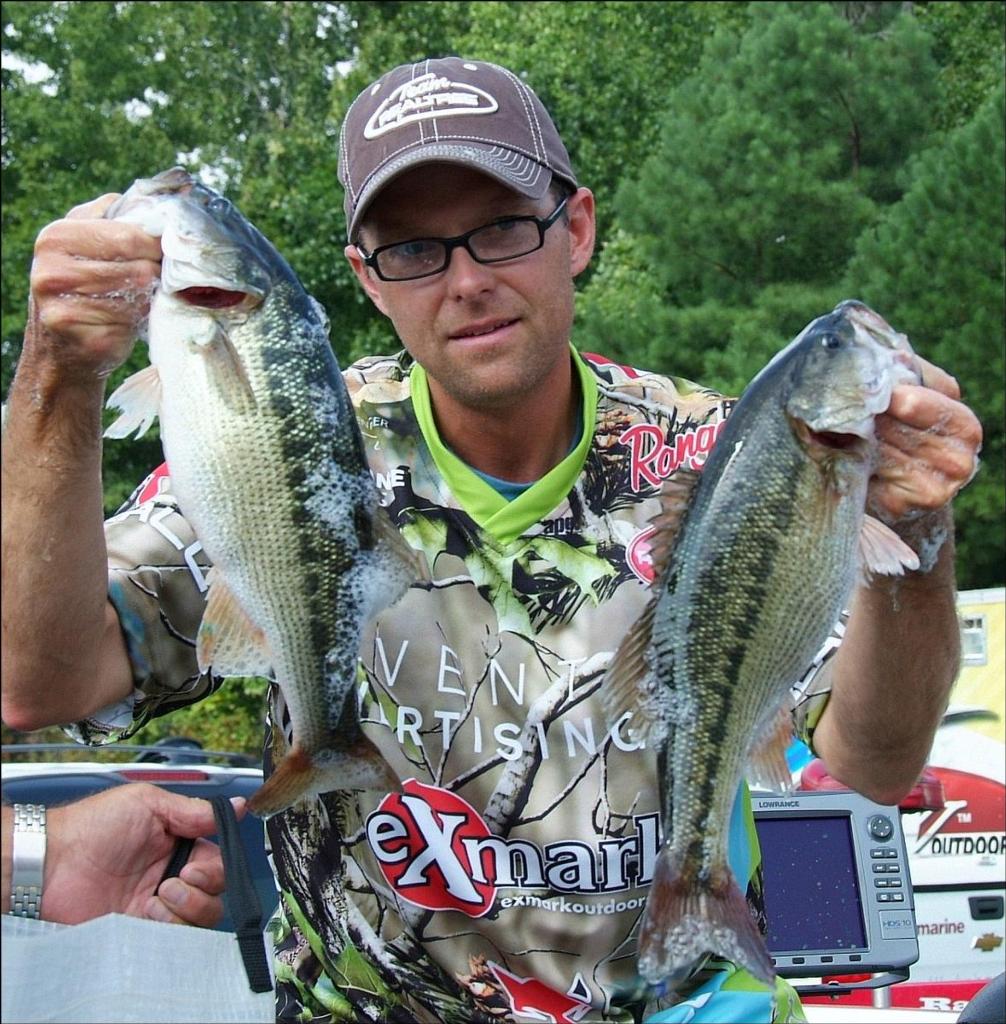 (Editor’s note: Starting immediately, FLW Tour pro Jason Meninger has agreed to make regular blog contributions on the topic of the business side of bass fishing approximately once a month on FLWOutdoors.com.)

So, you want to be a fishing TV star like Jimmy Houston, Hank Parker or Mark Zona? Sounds like a dream life being a Hollywood fishing celebrity, right? Well, not so fast. There is a ton of work – and cost – associated with producing a television show. (I’ll get in to that a little later.) The good news, however, is that it’s easier than ever to produce and monetize quality video content that could help you become one of those fishing celebrities you grew up watching on the tube. The only difference is that, instead of gaining stardom on ESPN, NBC Sports or the Outdoor Channel, it will more than likely be on the Internet. In today’s YouTube era, where all it takes is a phone and an Internet connection to show the world your latest catch and fishing adventure, capturing interesting content and having a detailed understanding of how to optimize and distribute it are critical to building and maintaining viewership.

In this month’s blog, I’ll provide insight into content distribution and monetization that will hopefully help aspiring TV fishing celebrities, videographers, and full-time touring pros find a home for your unique and entertaining video content. It’s important to understand that you can produce the coolest video or Webisode in the world, but it’s not going to do you a whole lot of good and you’ll certainly never be able to monetize it if no one views it. Simply putting a video on YouTube won’t guarantee viewership. You must have a both a paid and organic distribution strategy that will put your content in front of anglers on the Internet.

One of my company’s clients and FLW sponsor, Z-Man Fishing Products, was interested in either producing or being a sponsor of a fishing TV show utilizing their talented pro staffers – Luke Clausen, David Walker and Stephen Browning – to help them market their fish-catching, tournament-winning Original ChatterBait and ElaZtech soft baits. After extensive research into Nielsen show ratings (the primary source of TV audience measurement data) with the various broadcast networks that run outdoor programming, it was determined that, with a few exceptions, the audience numbers for fishing programming were not as significant as one would imagine. (This is probably because most fishermen spend their weekends on the water, not in front of a TV set.) However, research did reveal that, every day, millions of anglers visit their favorite outdoor websites and social media channels to get a digital fishing fix.

Though not always the case, most of the outdoor shows you watch on Saturdays and Sundays are what we in the industry call network time buys, in which a show producer negotiates a deal with either a third party or the TV network directly to air its content. So, if you want to produce a show, you have to not only cover all of your production costs to shoot, edit and create your content, but you’ll also need to pay for the air time. Most networks want a minimum of 13 weeks of original programming, and some expect 26 weeks. Depending on how good of a time slot you can negotiate, you can spend $10 to $20k per airing. Factor in your production costs for one episode which, depending on the size of the production team assembled and associated travel particulars, will be a minimum of $10 to $20k per episode and you can expect a minimum investment of $260,000 to produce and air a show on TV. This daunting price tag is why most companies opt to be part of existing shows through sponsorships and 30-second spot advertising. Though generally beneficial, this approach has its limitations, namely competing with other companies to get your message out and limited control or influence over a show’s editorial content.

Through our agency’s experience in optimizing and distributing web video content for our clients, we knew that the best path for Z-Man would be to produce and deliver a new weekly reality fishing show through the Internet, as we could deliver a large audience much more cost effectively than through a traditional TV distribution strategy. Probably the biggest advantage to digital content distribution is the ability to track viewership and audience engagement in real time. We know how many people watch, how long they watch, and if they respond to a specific call to action, all of which just aren’t possible in the TV world currently.

Savvy content creators are jumping on the digital distribution bandwagon; FLW, which has a successful TV network partnership with NBC, has started to experiment with Internet-exclusive content through it’s Circuit Breaker reality Web series. They are poised to produce another season, supporting the fact that they must have found an audience and advertisers to support their investment. I know we will be seeing more of this from individual content creators and large publishers alike in the years ahead, as it’s simply easier to target a specific audience and then measure content effectiveness with the tools now available to digital publishers.

Starting this week, Internet viewers can watch the premiere of Project Z, a competition mini-series featuring professional anglers using Z-Man products. Inspired by shows like Bravo’s Top Chef, History Channel’s Swamp People and CBS’s The Amazing Race, Project Z chronicles three accomplished and seasoned anglers – former Forrest Wood Cup and Bassmaster Classic winner, Luke Clausen, along with David Walker and Stephen Browning – participating in three unsuspected challenges that will put their decision-making and angling skills to the test. The main focus of the series is the process by which each competitor goes about completing the challenges. Offering valuable tips for anglers, the stars break down their decision-making on why, how, and where they are fishing with the Z-Man baits each has selected. Personalities of each pro will be highlighted through interactions with one another, both on and off the water. Throughout the series the Project Z body of water, Alabama’s Lake Guntersville, will emerge as an additional character as the anglers determine the best approach to interact with it in their pursuit.

So, don’t let the price tag of producing a TV show scare you off. Thanks to the internet, your ION camera and some editing software, it’s possible to create your own ongoing web series. You can even monetize your content through video sharing platforms like FishFlics.com that enable premium content partners to serve up pre-roll and ads around custom content through a revenue share arrangement. The FishFlics platform also allows you to create a user channel where you can upload your content simultaneously to YouTube, Vimeo, and other video sharing sites to gain maximum exposure for your videos across the web.

Hope to see your fishing show on the web soon. Until next time, good luck on the water and God bless!

To keep in touch with all of Jason Meninger’s latest exploits, make sure to visit the following websites and social media platforms: