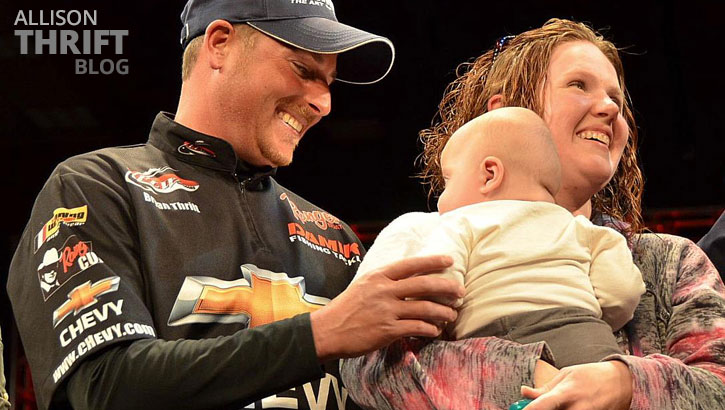 Editor’s Note: The writer’s opinions and observations expressed here are her own, and do not necessarily reflect or represent the views, policies or positions of FLW.

My name is Allison Thrift, and I’m the wife of Walmart FLW Tour pro Bryan Thrift. I’m excited to be writing this blog for FLW, and going forward I hope you enjoy our stories from the road – and of life off the road as well. For now, I wanted to share with you the story of how Bryan and I got together, and my first reaction to all the craziness that is the world of professional fishing.

When Bryan and I met, in 2003, I was 19, and he was 23. At the time, I was really into bowling. Every Friday night our local bowling alley had black-light bowling, and considering that there wasn’t much else to do in our small hometown, I went there just about every Friday night. The bowling alley also had karaoke, which I attempted a few times (and I’m SO thankful that video phones didn’t exist then).

I was friends with one of the guys, Craig, who worked the door, and one Friday night he asked me if I would be willing to meet one of his buddies that worked with him at his day job – it was Bryan. Craig explained that the guy was very sweet and wanted to meet a good girl, but that he also loved fishing. To me, he sounded great. I had grown up fishing with a cane pole and a bucket of worms at my great uncle’s pond, so I thought I was good to go with this guy named Bryan. I told Craig that I would love to meet his friend, to which he responded, “No, I mean he REALLY loves to fish,” as if to stress that Bryan was more than just a casual fisherman.

I again assured Craig that I was fine with that and that I would be willing to meet him. “You don’t get it! I mean, he REALLY LOVES to fish!” Craig exclaimed. 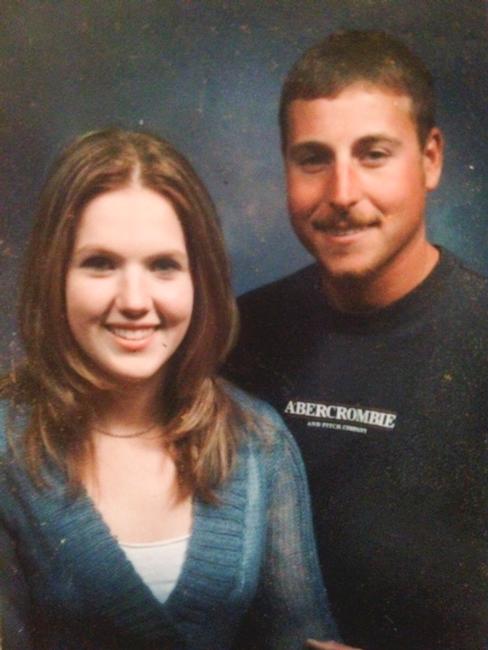 Bryan and I talked on the phone for a few days before we finally decided to get together on St Patrick’s Day for a blind date at – where else – the bowling alley. I decided to get a little tan on my pale skin to impress him and ended up as red as a lobster. No worries though, I thought, because red doesn’t show up in black light. I put on my cutest outfit and a pair of boots to match, and headed off for our rendezvous. When we met for the first time, I was not only untouchable because of my sunburn, but a good 4 inches taller than Bryan because of my boots. But again, no worries. Once the bowling shoes were on, we were the same height (He still doesn’t like for me to wear boots around him).

We hit it off immediately and even ended up tying in one of our games. That had to be a sign, right? After a few days, we decided to make it official and call ourselves boyfriend/girlfriend. It was then that I first began to realize just how much he loved his fishing.

Funny, I specifically remember that just a few months before Bryan and I met, I heard that Brad Paisley song, “I’m Gonna Miss Her,” and even asked aloud to myself, “Who in the world would choose FISHING over his wife or girlfriend?”

I like to think God has a sense of humor because it wasn’t long after that when I met Bryan. At the time, he was fishing every local tournament he could find, as well as the BFL tourneys. I was amazed at how much time he spent not only fishing, but also preparing to fish. Many of our evenings hanging out together were spent with me holding a spool of fishing line on a pencil while he re-spooled his reels. Romance at its finest, indeed.

However, I also confess that I admired the passion and commitment he had for the sport he loved. That passion and commitment are part of who he was and who he still is, and those traits rolled over into our relationship. Even though the majority of his time was spent fishing, I came to realize that he loved me and that he was the only one for me.

He explained that his ultimate goal was to become a professional bass fisherman. My first thought was, “What? That job exists?”

It was then that he introduced me to FLW. Over the next few years, he worked his way up the ranks, so to speak, from small local tournaments, to larger regional tournaments, to being a co-angler in the Rayovac FLW Series tournaments, and eventually to being a Rayovac boater. We would keep up with all the weigh-ins, and I began to learn the names of the big players in the sport. I prayed that one day Bryan would achieve his dream and that his name would be among those big players. 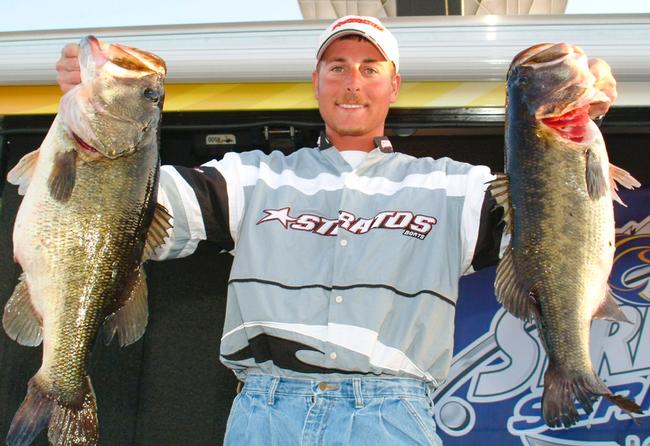 I was at the Rayovac FLW Series tournament on Lake Okeechobee in 2006 when he won as a pro in the series for the first time. I could hardly contain my excitement. All the hard work, the time and the commitment had paid off. That win was just the push Bryan needed to give the Walmart FLW Tour a try as a pro beginning the following year. That’s when this whirlwind that has become our life really began. And I couldn’t be happier to be a part of it.

In the next few installments of this blog, I’ll share with you what it was like for Bryan in his first years as a pro, and our first years as a married couple (Yes, we were actually able to find a weekend between tournaments to have a wedding.). I’ll also share with you some stories from our time on the road this season, to help you understand better what goes on behind the scenes for the families of the Walmart FLW Tour.