Getting Whipped by the Young Bucks

Analyzing the success of the Tour’s up and coming anglers 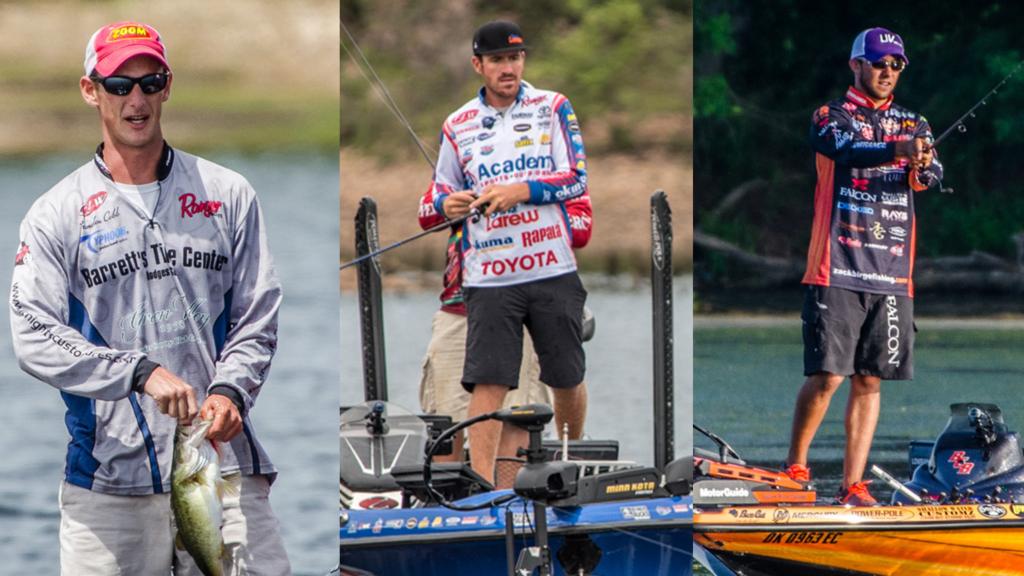 One of the mysteries of the universe I’ve contemplated and tried to explain to myself over the past 15 years or so relates to how younger anglers can compete and beat seasoned veterans on a fairly regular basis.

It really goes against all logic, but logic flew out the window again at the recent Forrest Wood Cup on Lake Ouachita. Take the example of Brandon Cobb and Dion Hibdon. Cobb, at the tender age of 25, not only qualified for the Cup (the most difficult championship in the world to qualify for, much less win), but he finished in the top five.

Hibdon, a former Forrest Wood Cup and Bassmaster Classic champion, failed to qualify for the championship, along with many other veterans with star-studded resumes.

How the heck does something like this happen? How does Dion Hibdon, arguably one of the greatest tournament competitors of all time, fail to qualify while Cobb, who has a tiny fraction of the knowledge Hibdon possesses regarding seasonal patterns, fish movement, conditional changes and other subtle details, out-fish him?

Obvious thinking would conclude that a fisherman with Cobb’s limited experience could never compete against the likes of Hibdon, with all his know-how. After all, Hibdon has been a professional angler longer than Cobb has been on this planet.

And this phenomenon is not just limited to this example. I see it all the time on every level of competition. After thinking about it hard, I’ve concluded that Albert Einstein was right: Imagination is more important than knowledge.

Let me repeat that for everyone to remember: IMAGINATION IS MORE IMPORTANT THAN KNOWLEDGE. I would also add creativity to Einstein’s premise.

Yes, there are other factors that cause the best among us to sometimes falter. People get busy with families and other aspects of their lives as they get older. They get set in approaches of fishing that worked well in the past, but – for some reason – aren’t as appreciated by bass as they once were. Financial distractions take a toll on enthusiasm and focus too, and much more besides. Our focus wavers.

Another huge factor than can’t be denied is that many of the younger anglers are just “plugged in” better. There are shortcuts to knowledge nowadays that older pros didn’t have in their formative years. Internet and social media platforms have accelerated the learning process at light speed, as compared to the slow process of learning that veterans went through back in the last century.

The younger pros also tend to network with groups of friends who are equally plugged in with the latest techniques and lures, even before they are available to the general public. Then, too, they adapt quickly to new tools such as modern fishing electronics – and can afford the asking cost of this expensive technology. And most importantly, they have a youthful exuberance that’s often lacking in us older guys who have years of experience in hard knocks and the unpredictable but inevitable on-the-water injustices that tend to make us more cautious and less experimental in our approaches.

While this youth movement seems to be the trend, there still are older anglers that break the mold and seem to be able to adapt to whatever the fish and circumstances require.

Larry Nixon, in his mid-60s, is still a dominant gun on the Walmart FLW Tour, and he shows that age can be an asset rather than a limitation. I love the fact that Nixon acknowledges his age, but instead of fighting it, has adapted his fishing methods to suit his age, and he’s a threat to win each and every event he fishes.

Finally, the reality is that the next generation is always better than the previous. The Brandon Cobbs and other talented newcomers on the Walmart FLW Tour, the Rayovac FLW Series and the Walmart Bass Fishing League are just better than me and many pros were when we were at that age.

And when Cobb and his contemporaries are in their 60s, another generation of young anglers will be better than they were at the same age. That’s just an unalterable fact of life.

Ultimately, the great thing about tournament fishing is that it doesn’t really matter how old you are. Where else can you compete at a professional level at 70 years old?

Which makes it the greatest sport on Earth.