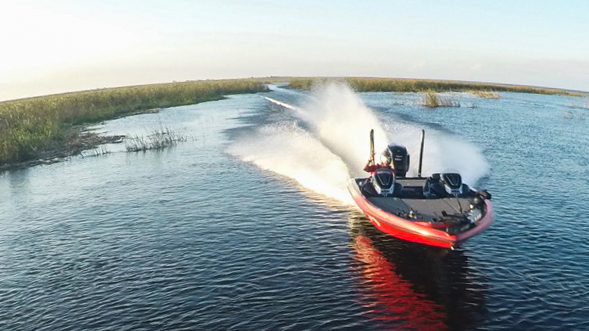 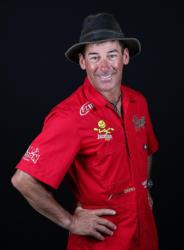 These next couple of weeks are going to be busy for the 170 pros that fish the Walmart FLW Tour, myself included, as we prepare for stop No. 2 at Lake Hartwell.

As I make final arrangements to head to South Carolina, I’m spending some time recalling the important lessons that I learned in my rookie debut at Lake Okeechobee.

To be honest, I felt a bit overwhelmed at the opener. Okeechobee is a big lake, and I hadn’t fished there prior to last fall.

I used the FLW website, as well as other sources, to review information about prior winning patterns and decided that Brett Hite’s pattern from 2014 would be a great one for me to focus on to eliminate some of the challenge of having so much area to learn. When he won, he fished a small area in Harney Pond and learned it well.

I sought to do the same. In practice, I learned the grass lines in the community pools and had such a great first two days that I really thought I had something going. My smallest fish in two days weighed more than 2 pounds. My biggest was around 7, but I was catching 4- to 5-pounders several times each day.

On the off day before the tournament and for the first two days of competition the winds changed and muddied up Harney Pond. I didn’t have a Plan B (I really wanted to pick a strategy and run with it), even though people said I needed one.

On day one, I had only five bites and caught four fish for 7 pounds. It was game time, and I was getting crushed!

On day two, I stuck with my plan again until about noon and only had two fish for 4 pounds, yet the winds were terrible and the water even dirtier. Plan B was formed with only three hours left. I moved behind the reeds and found clear water and hoped the bass would find their way in there.

Never being back in those trails, it took me 20 minutes to find my way in and another 15 to find some good-looking territory. It paid off, however, with a 5-pounder, a 3-pounder and a 2-pounder in a small area all on different lures. I was flipping a Strike King Rage Craw and swimming a Naked Rage Blade or Strike King swim jig in the lily pads.

It took me another 15 minutes to find my way out of there, and a full-speed run barely got me to the check-in on time.

With a 12-pound, 14-ounce second-day bag, I finished my Okeechobee debut in 69th place, moving up from well over 100th after the first day. Yet I was nowhere near making the top-20 cut.

1. Every fish counts. On day one I had a fish – my fifth – up to the boat but waited for the net instead of swinging it in. That fish turned and got off, and 2 pounds just swam away. At the time, losing a 2-pounder didn’t seem like a big deal. After the tournament was over it proved to be a big deal.

2. Take care of your fish. I catch and immediately release in my kayaking world, so I don’t have much experience using a livewell. A dead fish cost me a 4-ounce penalty. These first two mistakes were worth more than 20 places in the standings and $10,000 in prize money. They will also potentially cost me in the Rookie of the Year race this season.

3. Have a Plan B. Even if you don’t intend to use a Plan B, have one, and spend at least a small amount of time learning it. Plan A might not work on tournament day.

4. Plan on being 15 minutes early to the check-in point. I almost learned this lesson the hard way, and I really can’t afford to be late, EVER.

6. Have two rods ready with your workhorse lure. A single backlash or other issue is always possible during a long day of fishing, and switching rods is much faster than dealing with it.

How Okeechobee prepared me for Hartwell 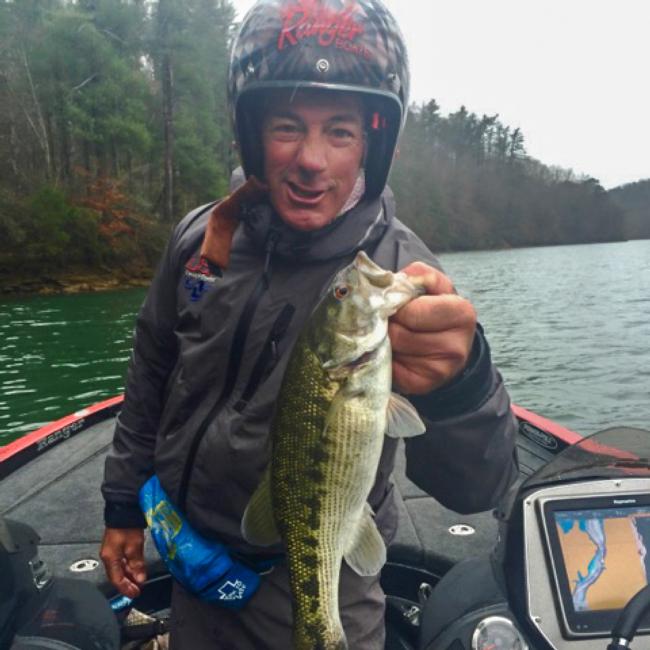 Fishing Lake Hartwell will be a different game entirely compared to Okeechobee. In fact, I feel like this is my first tournament all over again. Hartwell is a mountain Lake with deep water, blueback herring, spotted bass, inflowing rivers and more – far from south Florida fishing.

I just finished pre-fishing this lake for the first time, and I wasn’t too hot. I caught one fish the first day, zero on day two and three on the final day.

When Casey Ashley won the Tour event at Hartwell two years ago, he did it in a dominating fashion. I’ve studied as much online information as I could find about his winning strategy and learned that he was primarily fishing deep brush. In an effort to duplicate his success, I spent my pre-practice focusing on finding deep brush, ditches and other structure that would hold herring and bass.

With that said, Ashley is a local, and he KNEW what brush was holding fish through his own personal experience on the lake and the experience of friends of his who are also locals.

I’m still trying to figure out how to gain such knowledge, but haven’t found a way. I’m not allowed, under FLW rules, to ask for waypoints or other information from any fishermen other than fellow Tour pros who will be competing there. I have some good friends on Tour already, but to ask them specific questions really isn’t fair to them.

This is my biggest current dilemma because pre-fishing in midwinter, before the fish start really feeding or moving up to the shallows, is a tough way to test your strategy.

The lake is off limits now, so I’ll only have three days of official practice before the tournament to see if my plan is a good one, and if I did a good job finding the right spot.

Thankfully, I’m running quality electronics and have learned a great deal about them. I plan to run to the spots that look right on the map and, using sonar, really see if they have what I am looking for (herring and bass) quickly and accurately. And to be clear, I didn’t even know there were herring in this lake until Scott Canterbury told me, “Find the herring, and you’ll find bass.” Once again, the lessons keep coming.

As I mentioned in a previous blog, I believe that you rarely succeed at anything unless you believe you are going to succeed. My experience pre-fishing Hartwell was three long days with only four fish and five bites. I’m still confident because I can rationalize the meager results: I was just pre-fishing and finding locations, and the fish were mostly suspended in 60 feet of water. I’ll be ready come tournament week.

There isn’t much more to say. The next thing for me is to show up in the arena and suit up against 169 of the best professional bass fishermen in the world and put my limited experience, my intense desire to perform well and my current knowledge base to the test.

I could finish below 100th place or in the top 10. This is why I compete. I want to put myself to the test every day. I believe it makes you a better person as you strive to learn and grow.

My journey is that of a first-year rookie. I can compare what I am doing to my many years as the top kayaker in the world as I move through this maze, but the maze is so different than what I’m used to that much of my knowledge doesn’t apply. Frankly, I’m in uncharted waters, but I’m loving it.

Thanks, FLW, for creating such an amazing competition venue!

Read more from Eric about making the switch from kayak to bass boat.