Fishing for a Championship 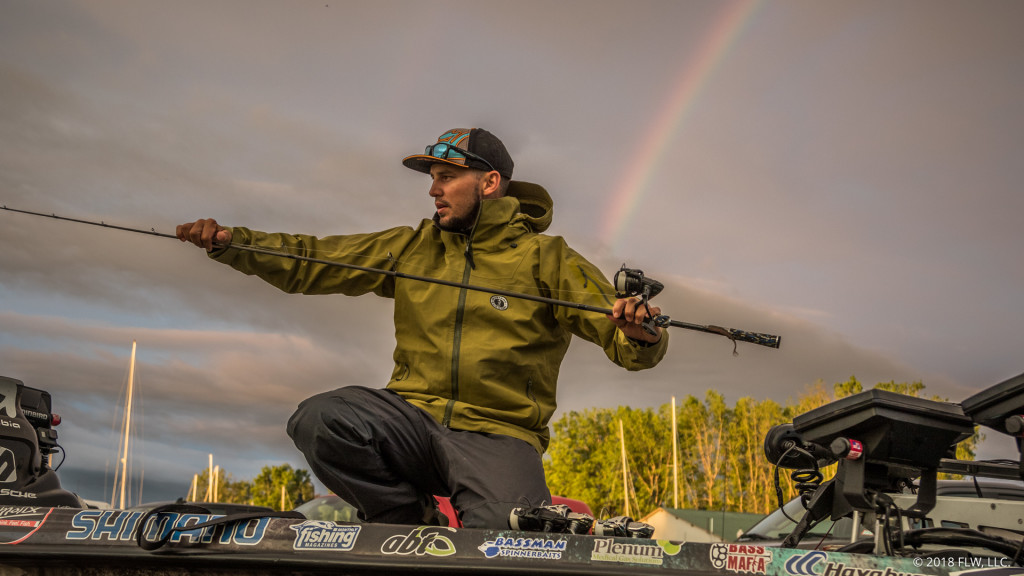 Watching the Forrest Wood Cup and the Bassmaster Classic as a kid was the source of, literally, my entire life’s motivation. I want to fish as a professional angler, and I love what I do every day, but the thought of fishing the Classic and the Forrest Wood Cup – that’s really what I want to do. I want to walk across that stage and be fishing against the top 50 guys in the world. For some guys the dream is Angler of the Year or finishing well in a Tour event or whatever, but mine has always been that big stage.

Last week at Table Rock in the Bassmaster Opens Championship I had a chance to qualify for the Classic, and this week I could qualify for the Cup. I left it all on the water at Table Rock, and I made the cut, but it didn’t work out in the end. I want to recap that experience some first and then talk about the Costa FLW Series Championship on Lake Guntersville, which kicks off on Thursday.

Because of how the points worked out for the season, I knew making the Classic through the Opens Championship was win or nothing going in.

In practice I caught some throwing a big glide bait, but not enough to get me excited. Then I figured this flipping deal out in some deep trees, and the big bait kind of took a back seat. I figured I’d throw it if I had a really big bag. On the first day something changed and it all went away, and I ended up weighing only four fish.

The next day I had a big deficit to make up, and it was pouring rain all day with no wind. I figured my only way to get in the cut would be to catch a big bag of smallmouths out of the trees or get them to bite the big bait – the glide. I fished all day, and I had four with an hour and a half to go, and I started freaking out. I was like, “What am I doing? I’ve got to win, and this isn’t even going to get me in the 12 cut.”

So, I picked the glide up, and they were biting it better than I had ever seen. I missed four fish on the first bluff wall, fish that came up and bit it. I started to get really excited. I knew all I had to do once they were biting it like that was to cross paths with the right one. I didn’t even get to the end of the original bluff wall I started on when a 6-pounder came out of a tree and ate it. I lost that fish.

I had 25 bites on the glide bait in an hour and a half, and a lot of them were big smallmouths. They just couldn’t get hooked. I had a couple of them hooked just barely, and they got off. And then I hit a riprap point on my last cast and a 4-pounder just smoked it.

I snuck in the 12 cut, and the next day the forecast was for 10 to 15 mph winds with sun all day. I thought I was going to win. I just knew it. I thought they were going to eat the glide better than they had ever eaten it, and I would catch 17 or 18 pounds. Then, 10 o’clock rolled around and I hadn’t even had one follower all morning.

It was frustrating, but that’s what you get with that bait. I was a long way off, but I weighed 13 fish and was 5 pounds off of winning that thing. If I had picked that glide bait up earlier on day two I honestly think I might have won it.

Round two at Guntersville

I’m really excited for the Costa FLW Series Championship at Guntersville. I like the way it’s setting up. If it was in the summer and offshore I wouldn’t be quite as excited, but situations in the fall when they’re starting to move shallow and it’s getting tough suit me a little bit better.

Table Rock was my seventh pretty good finish in a row, and Guntersville is special to me from my finish there in the Elites and starting on the FLW Tour there two years ago. I like fishing there a lot. I just like lakes where it’s not straight down the line. I like to be able to think I can find something that’s a little bit off the wall. Guntersville is definitely one of those places. It’s a place I can fish a bit bigger bait and look for fewer bites. And even though there are going to be a ton of boats, there are a hundred places on that lake where you could win the tournament.

I did a one-week session there a few years ago in the fall, pretty much just froggin’ grass. I’ll pick up a frog, but that’s probably the last thing I really want to find. Just because of the amount of boats and people and how well Guntersville is known for the frog bite, that technique is going to be very hard to win with. I want to look for something a little bit deeper, with a bit more of a chance of getting away from people.

Frogging is exactly like the big-bait fishing: You’re going for five or seven bites, and your ratio isn’t great if they aren’t totally on it. And it can tighten up in the tournament, with more boats in your areas and more pressure. I think for this tournament you’ve got to find a pattern you can run on outside stuff where there’s more of it and less pressure.

I pretty much always fish like I have to win, but for this one a top 10 would probably get the job done. The top angler in each division at the Costa championship makes the Cup. There are enough hammers coming out of that Northern Division, which is how I qualified, that there’s probably going to be a handful in the top 10 or top 20, so I’m definitely not looking at it like I’m just trying to beat those Northern guys. I’m looking at it like I want to be in the top 10 and fishing in that final day.

However it works out, I’m grateful for the opportunity to fish another championship. There’s nothing like it. At the start of the season you know how much you’ve got in front of you. You’ve got a huge task and a big year, and you’ve got to stay consistent and motivated that entire year. Once you get to the championship you’re there. It’s all on that one event, and nothing matters after it. The drive and the motivation are amplified.