Why You Should Reel with Both Hands 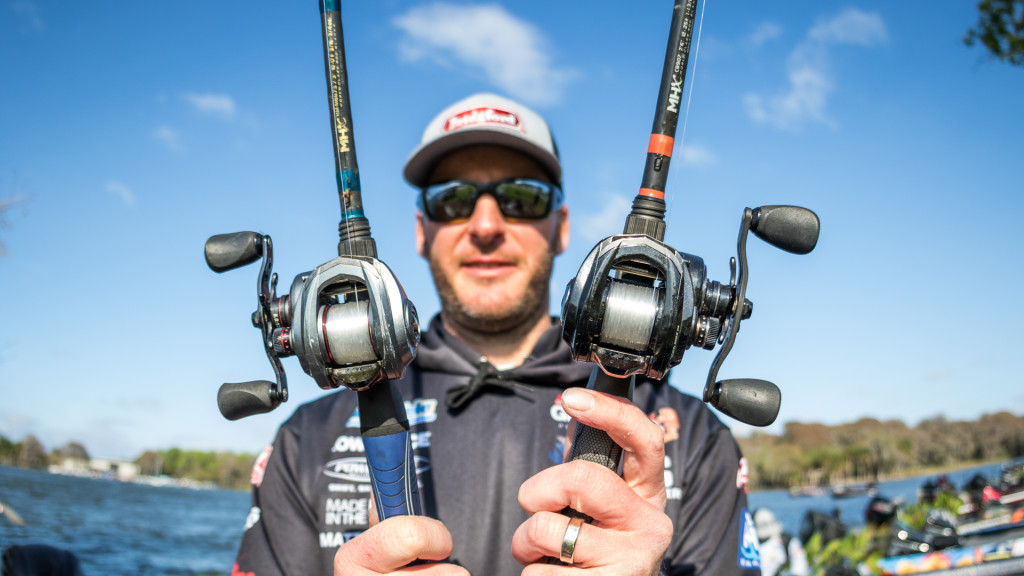 Without a doubt, during a tournament day I always get a question from my Tackle Warehouse Pro Circuit Marshal about why I have both left- and right-handed Abu Garcia baitcast reels. I get comments about the same thing from multiple social media followers if I post a picture that shows my reels. The remarks originally surprised me, but not any longer because of how frequently I see them. I’m not ambidextrous, but I use both types of reels. There are lots of reasons why, but first and foremost it’s about efficiency.

One of the techniques that I love the most is pitching. I don’t care if it’s fishing laydowns, dunking milfoil or pitching into hyacinth mats, it’s my favorite way to fish. I recognized early on that there was potential for mistakes when making a right-handed pitch and then transferring the rod and reel to my left hand so I could engage the reel with my right hand. If a fish bites on the fall I’m not in the ideal hooksetting position until I make that transfer, and sometimes those bites go undetected because of the rod and reel switch. To cure this problem, I began pitching left-handed so that I never had to transfer the reel and always had hand contact on the fishing rod. The problem was I just wasn’t quite as accurate at placing the bait exactly where it needed to be. I spent a lot of time practicing and got pretty good at left-handed pitching, but just couldn’t satisfy myself with my accuracy.

That’s when I tried a left-handed reel. I figured my spinning reels had always been left-handed, and I had never had an issue with them, so why not try?. I quickly found out that learning to reel with my offhand was way easier than trying to pitch with it. In fact, after a day or two of pitching with my right hand and reeling with my left, it felt natural. Now I get to pitch with my dominant hand, always have contact on the rod and reel, and am immediately ready to set the hook if needed. Plus, I can make rapid pitches, which, by the end of the day, can add up to a lot more casts and better odds of catching more fish. 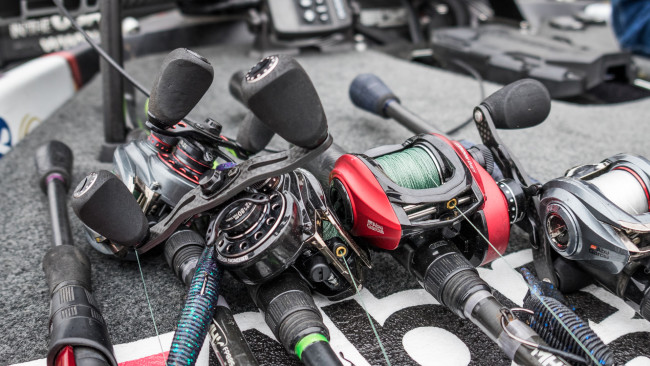 About half of my MHX rods are rigged up with either a left-handed Abu Garcia REVO AL-F or REVO Rocket, both in high-speed gear ratios, which I use almost exclusively for pitching Texas rigs and jigs. The higher gear ratio allows me to bring in more line per turn of the reel handle, which is ideal when making lots of quick pitches and when setting the hook.

The remainder of my rods are rigged with various right-handed Abu Garcia reels in different gear ratios for casting baits such as crankbaits, swimbaits and topwaters. There is no specific advantage to still using right-handed reels for those techniques, but I do think in the long run it will be better from a health standpoint to split up the repetitive motion of casting and reeling between my two arms and hands, which I think will help reduce muscle fatigue and degeneration.

I encourage all of you to learn to reel with your non-dominant hand. I think if you give it a little bit of time you’ll begin to see the advantages. The best part is you don’t have to be on the water. You can practice reeling while sitting on the couch watching FLW Live. It’s that easy!