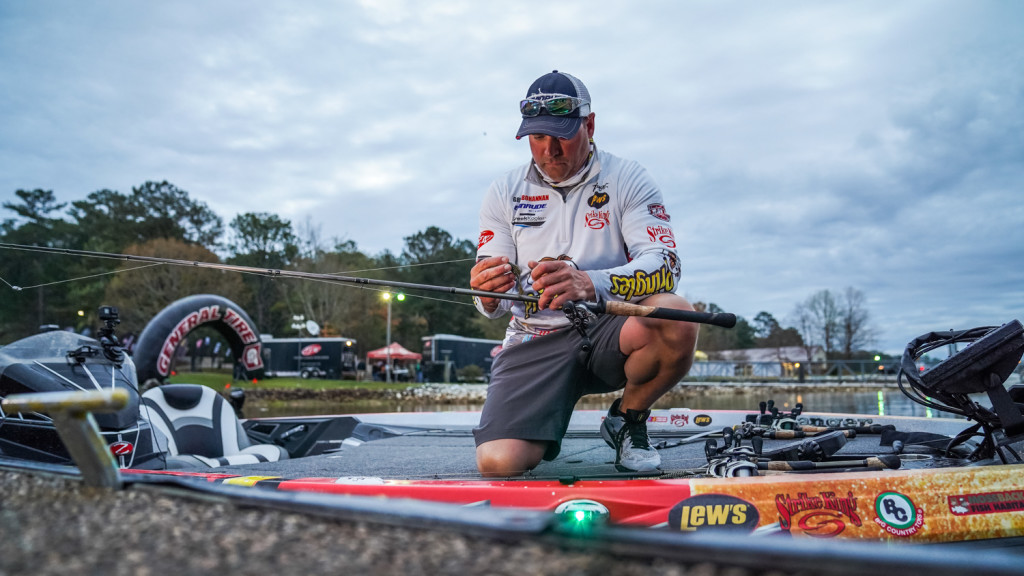 A good friend once told me that one of the hardest things in life is losing a parent. Well, after the last few weeks, I will absolutely agree. On March 5, one week before I was planning on leaving for the third stop of the Tackle Warehouse Pro Circuit at Lake Martin, I lost my dad, Kenny. It was truly one of the hardest things I have ever been through. I lost the man who had always been behind me, from Little League baseball to high school football to college baseball and football and then to fishing. He was always there, encouraging, pushing and critiquing.

Even though my brothers and I were extremely sad when Dad passed, we had to feel blessed and fortunate to have had him behind us for so many years. He taught us so many things: how to be tough, how to work hard, how to never give up. He taught us to never ever start a fight, but never back down from one. There are so many lessons he taught us that carried us through life. 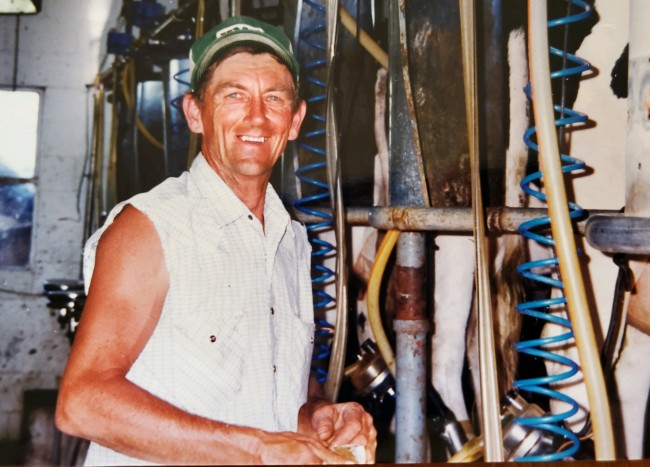 You see, Dad was a farmer. He could do anything, like a lot of farmers can. He could weld, plumb, do electrical work, fix your car, fix your tractor. He could do it all. He said, “If someone else can do it, you should be able to, too.” He also loved to help people. If someone needed something, he would jump at the opportunity to help. Dad treated everyone the same, no matter how much money someone had or their social status. He just wanted to help.

That’s why I felt strongly about speaking at Dad’s funereal. I wanted to share about his selfless life. A few days before Dad left us for Heaven, I was able to share with him that I was going to speak at his funeral. After I told him, I waited for him to say something profound. But he just looked up at me and said, “Son, just don’t talk too long.” I laughed because that was very fitting for Dad.

We had a great service. We opened with Paul Harvey’s video “So God Made a Farmer.” I would highly recommend you Google it if you’ve never heard it. It portrays the heart of a farmer very well. I also didn’t talk too long. I was able to share several funny stories about Dad, his love for Mom and us boys, and his love of sports and his competitive nature. It was a great celebration of life.

There was one other thing Dad made me promise him in the last few weeks of his life. He said, “Don’t let my situation affect your fishing.” I promised him it wouldn’t, and that was in my mind when I left for Lake Martin.

I was able to get on the road for Alabama on time and met my roommates, Bill McDonald and Cole Floyd, at the house where we were staying. When I got there, we immediately spread the map out and started discussing the lake breakdown. I had never been to Martin before, so I was eager to see a new lake. 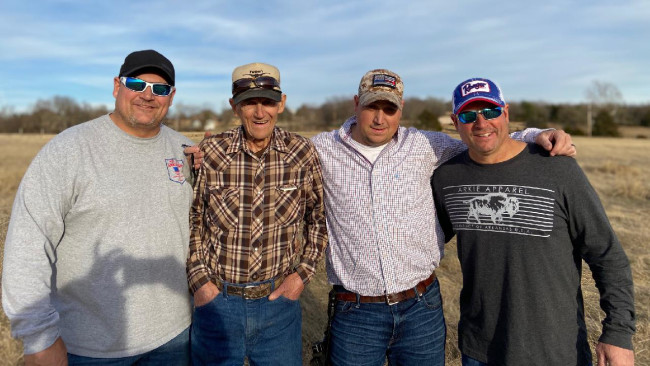 On the first morning of practice, I launched the Pringles Ranger at Wind Creek State Park following our Fishing Church at the ramp. My first thought when I got out on Martin was the lake looked very similar to my home waters of Beaver Lake. The water was stained, so I started on some rocky banks with a Strike King 1.5. I immediately started catching numbers, but no size. I moved toward the lower end on day two of practice and found several shoals and flat points, which is exactly where big spotted bass like to spawn. I caught several of the right kind in the 2- to 3-pound range. I knew pretty fast that this was where I would fish the event.

My plan every day of competition was to Carolina rig a Strike King Rage Bug, catch 10 to 11 pounds and then go largemouth fishing in the back ends of the creeks. It worked pretty well. I opened in 48th place with 10-14. On day two, I had 12-14 and made the top-30 cut in 26th. I was fortunate enough on day three to catch three spotted bass in the 3-pound range that resulted in a 13-1 stringer, which moved me up to eighth place.

When I went out there on day four, I had a lesson from Dad in my mind. One of his biggest pet peeves in life was watching baseball players take a third strike. He’d say, “If you take the pitch and don’t swing, you never give yourself a chance.”

Four pounds back of the lead, my game plan was to catch at least 11 pounds and then spend at least four hours trying to catch a big largemouth. I felt like that is what I needed to win.

So I picked up a Strike King buzzbait and a Lew’s flipping stick and went largemouth fishing the rest of the day. I did have one big largemouth hit my buzzbait, but it never hooked up. I ended up in sixth place overall, but I was happy because I did what Dad had always taught me to do.

Dad, I went down swinging.

In hindsight, maybe if I would have fished for spotted bass all day every day I could have won the event, but at the time, I did what I felt I needed to do to have a chance to win. I swung, but I missed, and that’s OK.

It was a good event. I earned a top-10 finish, moved to 10th overall in points, and, more importantly, I kept my promise to Dad and didn’t let losing him affect my fishing.