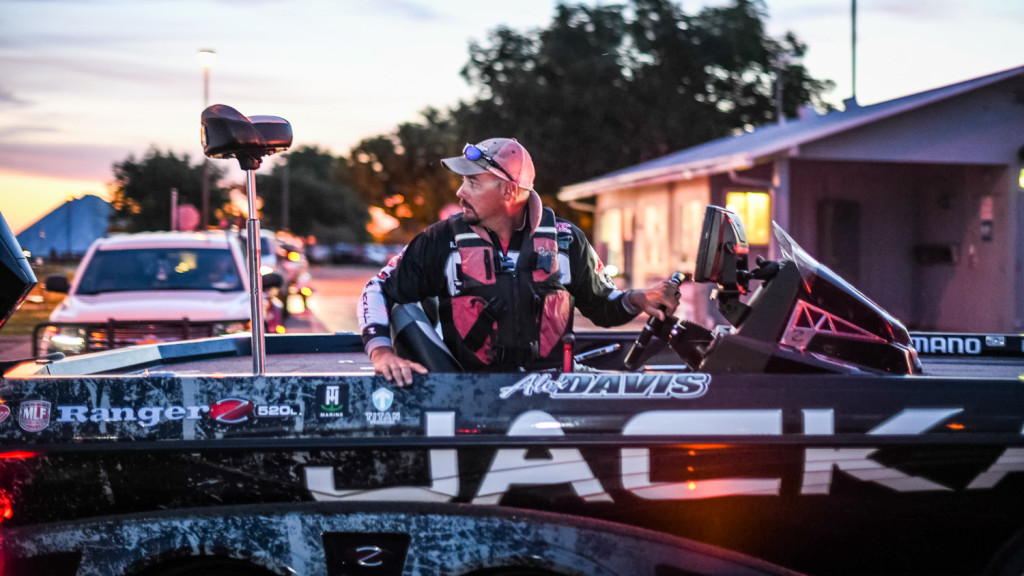 Alex Davis Photo by Charles Waldorf. Angler: Alex Davis.
How making the right call at Erie got me to the TITLE
August 20, 2020 • Alex Davis • Angler Columns

Coming into the final Tackle Warehouse Pro Circuit Super Tournament event on Lake Erie there were so many things riding on it. Obviously, it was a chance to make a paycheck, but more importantly it was the last chance to earn enough points to qualify for the Tackle Warehouse TITLE presented by Toyota.

Under normal circumstances, trying to qualify for the championship and get paid at an event is stressful enough. Last week was different. We had so much water to fish, but what it really came down to was either fishing a stingy Lake Erie or running 98 miles away to St. Clair, which was the opposite of stingy. I’m all for going to where the fishing was better, but the only thing stopping me was 98 miles of some of the roughest water I’ve ever seen. So, I had two choices. Either stay in Erie and catch 11 pounds of guaranteed largemouths or go after 15 to 20 pounds of St. Clair smallmouth. I knew that I needed a good finish to get paid and make the TITLE and that St. Clair the tempting choice.

The first morning I was mentally preparing myself to drive to St. Clair. Ten miles into the trip I pulled the plug and ducked into a bay to catch largemouths. I regretted my decision until about 10 minutes in to fishing I had 10 pounds. Then I culled and culled and culled and culled some more. I wound up having almost 13 pounds and was in 75th place after day one. On day two I once again had a choice. Make the run and try to move way up the standings or do what I did the first day. I chose the latter and seven casts into my day was culling. I had 12 pounds in the first 15 minutes and knew I made the right choice because the TITLE berth was wrapped up with that type of limit. I ended the tournament in 58th place and moved to 30th in points. It was a sigh of relief is all I can say. My goal going into the season was to make the championship, and I did that. 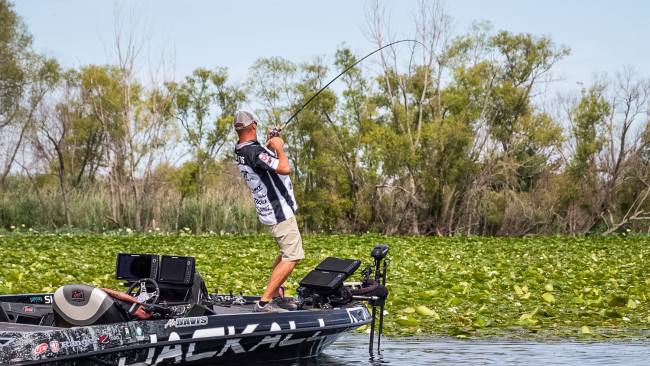 When you make any championship it means you had a good season. You didn’t get lucky or have one good tournament. I finished the season with two top 10s and cashed four checks. But most importantly I put myself in position to win the BIG one. Only one snag, though – the format is changing. FLW is adopting Major League Fishing rules for the TITLE. With these changes comes a mentality change. I’ve fished my entire career to catch the five biggest fish. Now, it’s catch all you can catch.

While the format change will take some adjusting, the good thing about this is that I’ve been training for a while to get good at catching all the fish I can because I guide for a living. My job is to put clients on fish. Not necessarily all 6-pounders, but fish. To say I’m excited is an understatement. It’s a new challenge that no angler in FLW has seen. I can’t wait to hear the SCORETRACKER update and release my fish as I catch them. The only thing that concerns me are the fish landing violations. I’m used to a net or just boat flipping ‘em, but if that’s the worst thing that happens next week then all is good.

This time next week a whole year of work will be rewarded, and I can’t wait. Every FLW angler works for this moment and it makes all the hours on the water, blood, sweat and time away from home all worth it. Hopefully the next blogs title is “The Right Decision.”