ALTON JONES: I Learned Some Valuable Lessons at Smith Lake 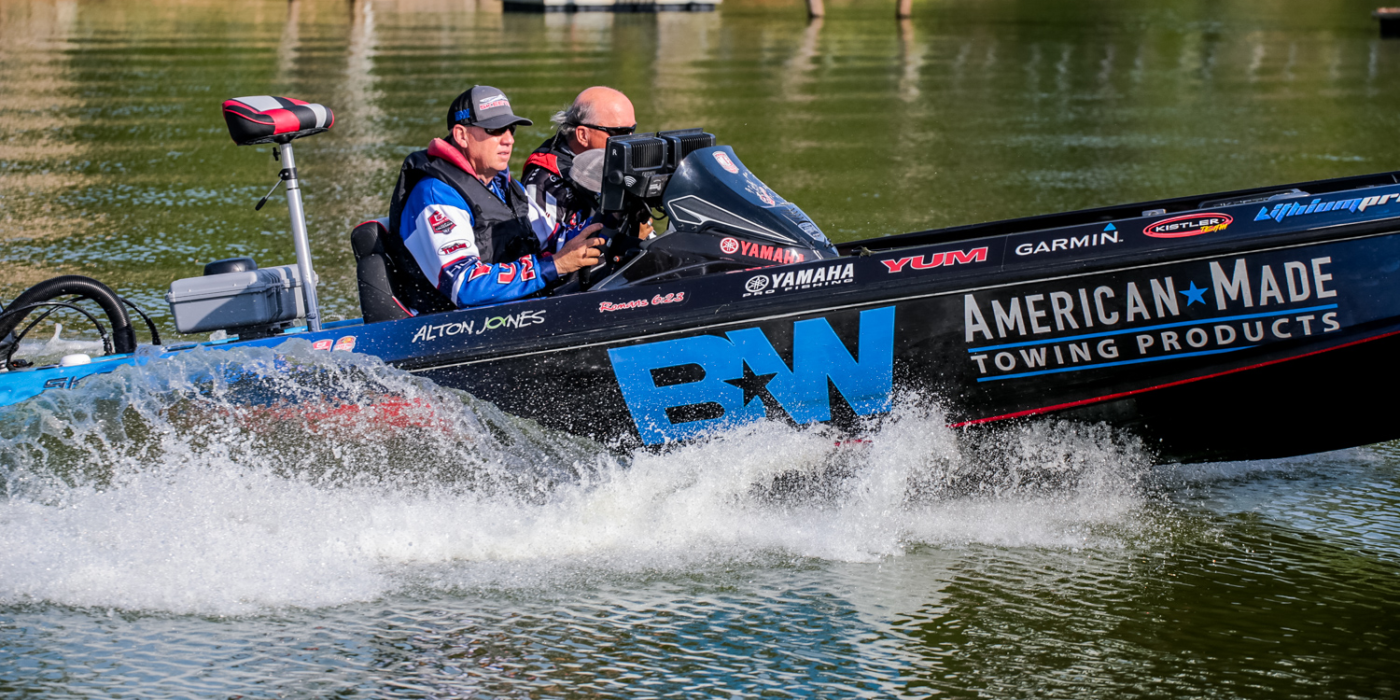 Alton Jones learned a few things at the Phoenix Boats Stage Five Presented by Mercury on Smith Lake that he thinks will benefit him when fishing for spotted bass. Photo by Phoenix Moore

There’s always been last-minute drama in football, baseball, and basketball, and now there is with bass fishing, thanks to the MLF Bass Pro Tour format. Seriously, real buzzer-beater moments and fans can watch it all unfold on the MLF NOW! live stream.

I had somewhat of a buzzer-beater moment myself at the Smith Lake event. During the final period of the Elimination Round, I was sitting in 25th and needed to make it into the Top 20 to move on to the Knockout Round. I ended up catching enough fish to move up to 16th that day. The intensity and drama are certainly present in the sport, and now available for all of the fans to see as they happen.

Speaking of Smith Lake, I learned something valuable there. I don’t fish for a lot of spotted bass in Texas, so I needed to learn to set the hook properly when fishing a shaky head and my favorite Yum Finesse Worm.

During the Knockout Round, I lost 20 bass. That is how you end up not winning or moving to the Championship Round.

The spots clamp down so hard on the bait and their mouths are really hard. So, I’d instinctively set the hook like I always do, but that bait doesn’t move in the spot’s mouth, so the hook never penetrates. As soon as they jump or open their mouths, out came my worm.

So, my takeaway is that I need to go with a heavier rod, and whenever I get a bite from a spot, reel down tight and use a really hard hookset.

Even after 29 years of learning, as a professional, I still need to be very intentional about every hookset I make with spots from now on. It’s funny, but even with all of that instinct and experience, I was setting incorrectly a lot of the time.

It was a challenge, but I look forward to the next event where spotted bass are the focus. You never quit learning in this sport. You never get comfortable or plateau. There is always a next level.

As the Season Continues…

Overall, I’ve had a solid year. I’ve made five out of five cuts for the money, but the stress is real. If you catch you get paid, if you don’t, you don’t. I’ve been fortunate for getting a lot of airtime on the MLF NOW! live stream this year, but that’s primarily due to my hovering around that cutline.

SCORETRACKER® is great, but stressful as well if you let it get to you. You can try to ignore it and stick to your game plan, or let the pressure get to you and go for a Hail Mary and change techniques. The best option for me is to grind it out with what you’re doing if you’re close to the cutline.

The stress comes from the knowledge of knowing exactly what you need to catch to survive until the next round. It’s more of a mental game than ever before.