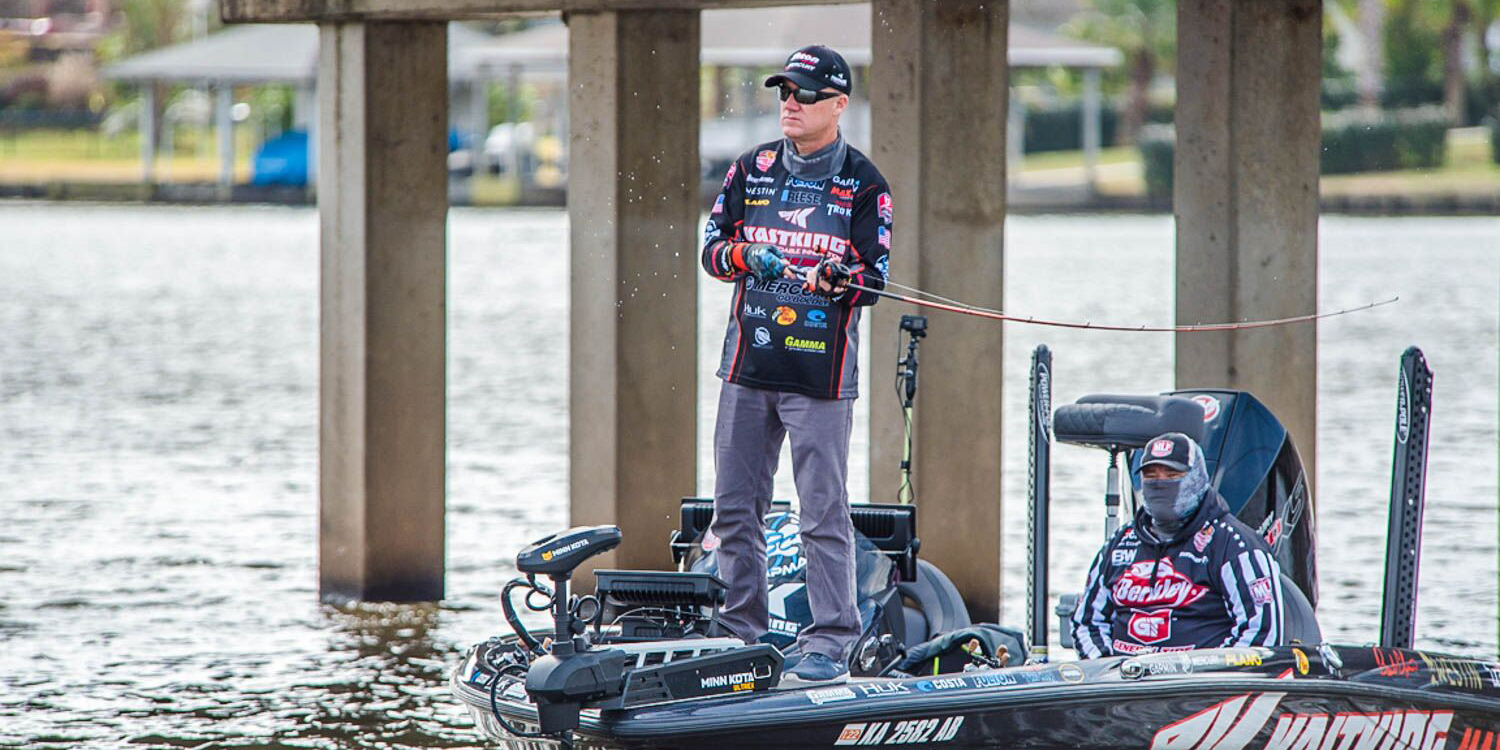 Brent Chapman breaks down how MLF events are a lot like NFL or NBA games. Photo by Garrick Dixon

One thing I’ve learned during my first season on the Bass Pro Tour is that even though we’re fishing, it’s a lot like a football or basketball game. If you don’t figure out in the first couple of hours that it’s going to be a high-scoring and fast-paced game like in the NBA, it could be a grind-it-out type of day like in the NFL.

What I mean when I say that is that you aren’t going to win a football game by just kicking field goals.

Sure, you’ll need those three points every now and then and you’ll take them when you can get them, but touchdowns are what win you games. Here at MLF, those 1- and 2-pounders are a lot like field goals, but those 4-, 5-, and 6-pounders feel like touchdowns when you can get them in the boat. Just like a football team, you can go from dead in the water and behind by double-digits to right back in the game thanks to a couple of touchdowns.

Sometimes an event can become more like an NBA game, where the scoreboard is lighting up and you just have to keep getting points on the board to keep up. We saw that kind of situation on Table Rock Lake during Stages Six and Seven, where those 1-pounders were a lot like two points in a basketball game. We were seeing SCORETRACKER® blow up with all of those fish, but the person who was able to catch those 2- and 3-pounders (like three-pointers) stood the best chance to win.

You just have to hope in a situation like that you don’t fall too far behind. If you end your Shotgun Round 20 to 30 pounds below the Elimination Line, that’s like going into halftime down 30. It’s a deficit that can be made up, of course, but you’ll also need to be at your best and hope some other people aren’t at their best to be able to catch up.

Mike Tyson has a famous quote that says “Everybody has a plan until they get punched in the mouth.” The also rings true during an MLF event.

You can be so confident heading to a fishery that you have fished a hundred times before and still get smoked. Your game plan doesn’t always matter because there are so many different variables that can pop up throughout the day. Whether it be a change in the weather, your pattern petering out, or another guy figuring out something that you hadn’t even thought about.

No matter what, it’s all about staying confident in yourself and your abilities during competition.

It’s so hard to show up to a lake with the limited practice we have and try to dissect a body of water in less than two days. But at the same time, that’s why we love MLF. I’m fishing against the best guys in the world and to see what these guys can do and figure out in such a short amount of time is amazing. I can’t wait for next season, where hopefully it won’t matter if it’s a football or basketball type of game, I’ll be in it to win it until the end.