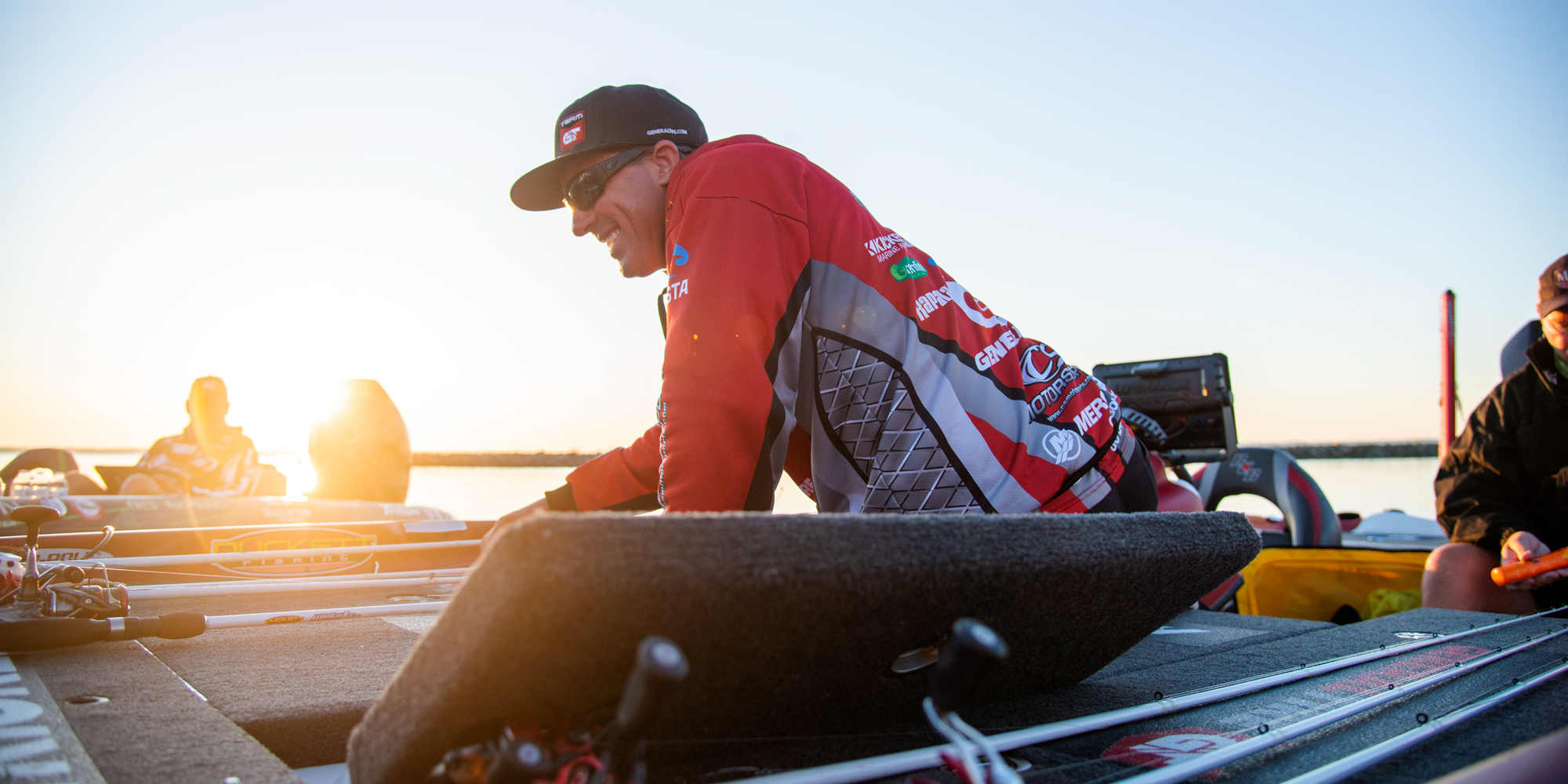 Britt Myers lists a couple of lessons he learned during his first year fishing the MLF format. Photo by Garrick Dixon

This offseason, I’m back home in South Carolina and spending some quality time with my son. It’s nice to be able to get to fish with him and get some practice in before next season comes around. While it’s relaxing and fun, I’m really focusing on trying to hone-in my skills and techniques that hurt me last year.

One of the baits that I struggled with in 2019 is a Ned rig. I fished it for the first time last year, and I lost so many fish on it. As goofy and as simple as that bait seems, I just could not figure it out.

The last day of Stage Eight, I missed four fish on one point while fishing a Ned rig. I ended up missing the cut by one fish and I lost the fish that would have gotten me in during the last minute. Little things like that sound like nothing, but that’s the difference between qualifying for the Championship Round and having a shot to win an MLF event.

When you have a year like I had, there’s a lot of things you want to improve on and get better at. But sometimes, the things you need to get better at aren’t a specific technique or fishing a particular bait, you can only improve it with experience. That’s what I ran into very early in the year.

Learning to Live with SCORETRACKER®

I was completely brand new to MLF and I never competed in an MLF event before we got to Stage One in Kissimmee, Florida. When I got out on the water, I was not prepared for the intensity of SCORETRACKER®. It was insane. I didn’t really feel like I was competitive with the rest of the field until the middle of the season because of how flustered I was by SCORETRACKER®.

I remember when we were at Lake Conroe for Stage Two. It was such a tough event for me and I had one area left to fish with about two hours to go in the day. I pulled up to my final spot and I fished that area for a while. As I’m getting to the end of it, I get a SCORETRACKER® update from my official. He told me that Mike Iaconelli, Gerald Swindle and GregHackney were all on my tail and coming for me and I was on the Elimination Line.

I got so nervous that I couldn’t even cast right. I couldn’t even skip my bait underneath docks and I grew up fishing boat docks my entire life. I had never experienced that kind of pressure before.

I learned throughout the year to not let SCORETRACKER® send me into a tailspin like it did the first couple of events. I found out how to use it to my advantage to understand how and when I needed to make a move. I wasn’t able to make a Knockout Round this season, but I felt like I improved with every event that went by.

Something else I learned is that you don’t need to fish a bunch of smaller baits just to keep up with the guys who are catching them. When I look back on the season as a whole, a lot of guys did well throwing frogs, vibrating jigs, and squarebills. The guy who wins is not always throwing a little worm, catching 100 fish. Most of the guys aren’t fishing any differently than they have their whole life, they’re just used to catching this many fish and they’re just that good at what they do.

I’ll take these lessons learned and I’ll come back in 2020 ready to compete.