BRYAN THRIFT: So Far So Good in my First Year on the Bass Pro Tour 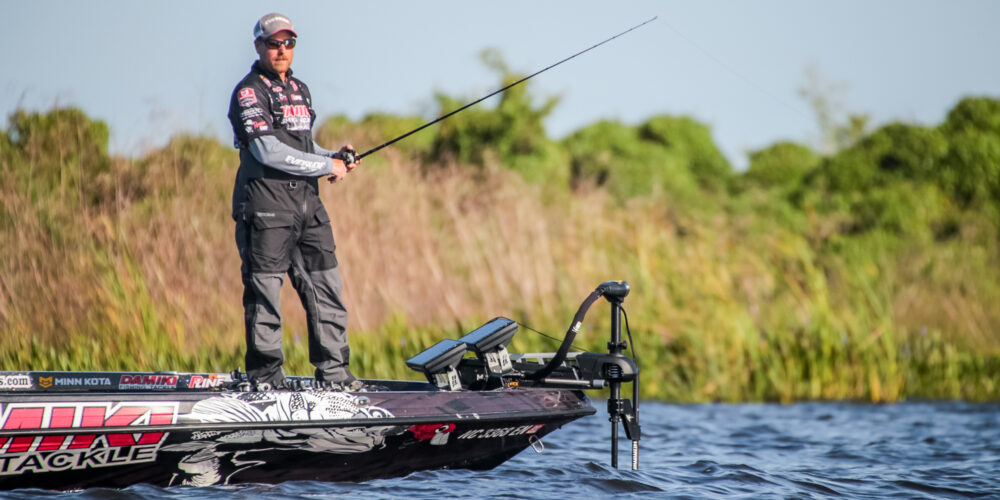 I have to admit, I’m really enjoying fishing the MLF Bass Pro Tour. When I accepted the invite to fish this circuit, of course I had some expectations, but they weren’t different than any other year I fished as a pro.

I intended to make a living and cash checks, and I hoped I hadn’t forgotten how to fish in a tournament after being off for so long.

The biggest thing on my mind about the switch was simply adjusting to a new format. But we’ve fished under a variable weight limit this season where every fish 2 pounds and over counts, and I was really excited about that rule. Fishing for only quality fish lessened the learning curve a lot, being more similar to the fish I’ve always targeted. Let’s face it, a 2-pounder can be hard to catch on a lot of fisheries at different times of the year.

There was no need to change up how I was fishing, but I had to figure out how to practice.

Since practice is less than what it was previously for me, with just two days, I had to break down each lake ahead of time. There’s no time to get lazy in practice, you can’t waste any time. Previously in practice, I could get no bites for 30 or 40 minutes, and I may have stayed longer to get one bite. Now, I get out fast and go to find active fish.

I still fish about how I always have, but SCORETRACKER® has made a big difference. The Lake Toho event was a good example. On the second day, I knew I had enough to make the Knockout Round, so I backed off and went to look for other areas. There was no second-guessing about my decision because of SCORETRACKER® – I knew what the “score” was.

I like SCORETRACKER® because you always know where you’re at in the standings. You know if the fish are on and you’re just doing the wrong thing, or are in the wrong area. I hated bringing fish in at a five-fish-limit tournament, thinking everybody had a tough time only to find at weigh-in that fish were biting all over the place.

I feel right at home fishing with this group of anglers on the Bass Pro Tour. I’ve fished against most of these guys here and there throughout my career, and it’s been fun to get back to see people I haven’t seen in a while. It was very welcoming coming here ever since I showed up in Eufaula for the first event of the season.

I’m happy with the way I’ve fished so far this season. I’ve made good decisions and things have gone pretty well. All the events have been great, but if I had to pick a favorite, it’s Lake Eufaula because it’s my favorite lake in the country and I feel right at home there.

The good thing about it is that I should have enough points to make REDCREST, even if I don’t have a good event. Still, I can’t wait to fish up there and see what I can do.