CASEY ASHLEY: I Guess I Have to Admit, I’m a ‘Seasoned Veteran’ Now 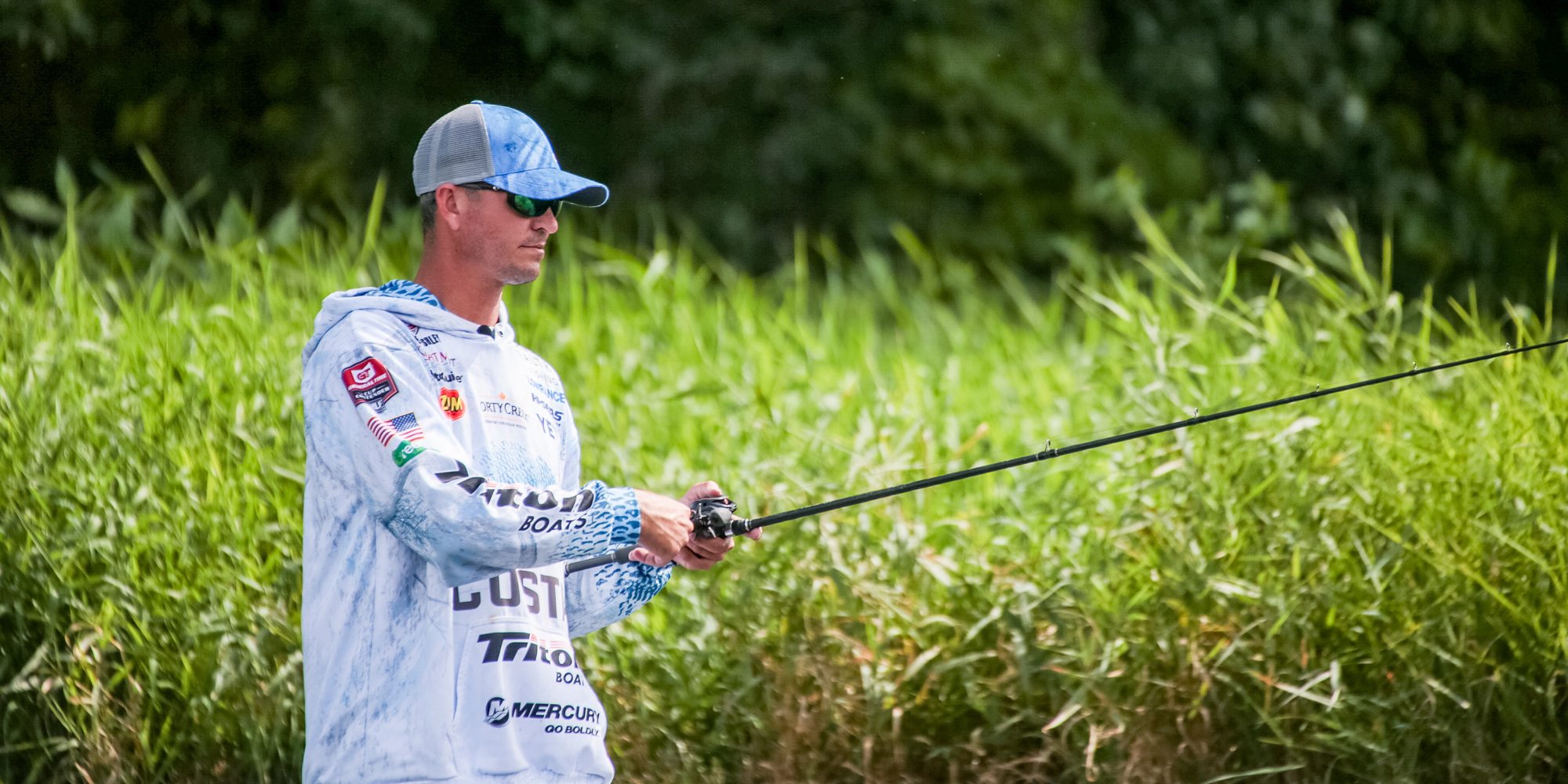 Casey Ashley can count himself a "seasoned veteran" after 15 years on tour. Phoenix Moore

Seasoned veterans: those are the anglers or athletes who have been around a long time, and put in years of work at their sport. You know, the older guys.

Funny thing is, I guess I could be considered a seasoned veteran by some now. I’m only 35, but I’ll be entering my 15th year as a tournament angler next year on the second season of the MLF Bass Pro Tour. Oh, how time flies when you’re working hard to live your dream.

‘All I Wanted to do Was Fish’

For me, my dream started as a little kid. Both my momma and dad like to fish a lot, and I always wanted to fish as much as possible. My momma loves crappie fishing, my dad hates it, so he would always fish for bass. On one particular trip, my dad handed me a rod with a Zebco 33 spincast reel on it. He set up a Carolina rig for me to use and try to catch a bass.

I caught one going down the bank, and that lit a fire in me that still burns to this day.

All I wanted to do was fish for a living. I played other sports in school, but my butt was out there fishing at first light every Saturday morning, no matter what time I got in that night.

When I turned 18, I started to fish BFLs, then Everstart tournaments, and then B.A.S.S. Opens. I fished everything I could. Then, when I was 22, I qualified for the Bassmaster Elite Series. I made it.

I had won a boat in an Open event, so I had that covered, but I had to figure out how the heck I was going to be able to pay to live out my dream. I also had never driven further than four hours from my home and had never flown on a plane.

The first event of my first tour-level season in 2007 was on Lake Amistad in Texas. I finished 88th in that tournament and wondered what I had gotten myself into. Then, it was back-to-back California events.

I ended up flying home at that time because I couldn’t afford to stay in California the entire time. I had a solid event on the California Delta, then finished 13th at Clear Lake. Then, back east, I finished in the Top 10 at Clarks Hill Reservoir and then won on Smith Mountain Lake. That win set me up for the rest of the season and the next year.

In my first year as a pro, I won an event and made the Classic. I was the young gun on tour and thought that the money would start pouring in from sponsors.

Well, it doesn’t work that way. I picked up a few and fortunately, to this day, I’m still with them.

Making it all Work

My son Troy was born in 2013 and my world of responsibility changed forever. The following year, in 2014, I won an FLW Tour event on Lake Hartwell in South Carolina, and then in 2015, I won the Bassmaster Classic also on Hartwell.

The new sponsors still didn’t pour in, but it was easier to get the opportunity to set up meetings. At least I was somewhat known then. Before winning the Classic, meetings were like blind dates, and those sponsors didn’t know me from Adam’s cat.

Now, I’m reluctant to seek out new sponsors. I want to provide my best self for the ones I work with and am fortunate to be able to have been with most of them since the beginning. I can no longer sacrifice all of my time, since when I’m home, I want to be with my son, Troy, and my wife, McKenzie. Before you have a family, life sure is different, but now I give as much time as possible to my family.

So, now comes my seasoned veteran decision: The end of 2018 and the announcement of the MLF Bass Pro Tour. Honestly, it was a pretty rough time. I was torn.

I talked on the phone more during that time period than my entire life up to that point. I asked all of my sponsors and they all said they were good either way I chose. Seriously, I wish one would’ve preferred one over the other at the time because you just don’t know what will happen, especially with a startup. I kind of felt like I was in limbo.

But I had fished some MLF Selects and knew the people who were in the leadership positions. The Bass Pro Tour was a shock when I heard about it, but my decision to fish it was the best decision for my career.

Fishing the Bass Pro Tour has made me a better professional angler. With the format, you have to be on 100 percent of the time. If you’re only on 99 percent of the time, you won’t make a cut. In the old format, you could box five fish and know you had a decent weight, then put on some silly big bait and try for one huge bite. Pretty much just coast through your day.

Now, you have to catch everything you can. It really makes you a better angler. I love it.

Moving forward, I am so confident in this organization. The leadership is tirelessly working on behalf of all involved, working with anglers and sponsors, and really listening to the pros. Knowing they are working as hard at making the Bass Pro Tour great as we are at fishing the events and being pros, that inspires confidence, and working together is going to benefit everyone.

I don’t see myself as a veteran pro. In my mind, I’m still a kid, but I’m entering my 15th year as a pro and, well, my aching back reminds me that I guess I have to admit, I’m a veteran pro.