DAVID WALKER: I’m ‘All In’ for A Very Full 2021 Tournament Schedule 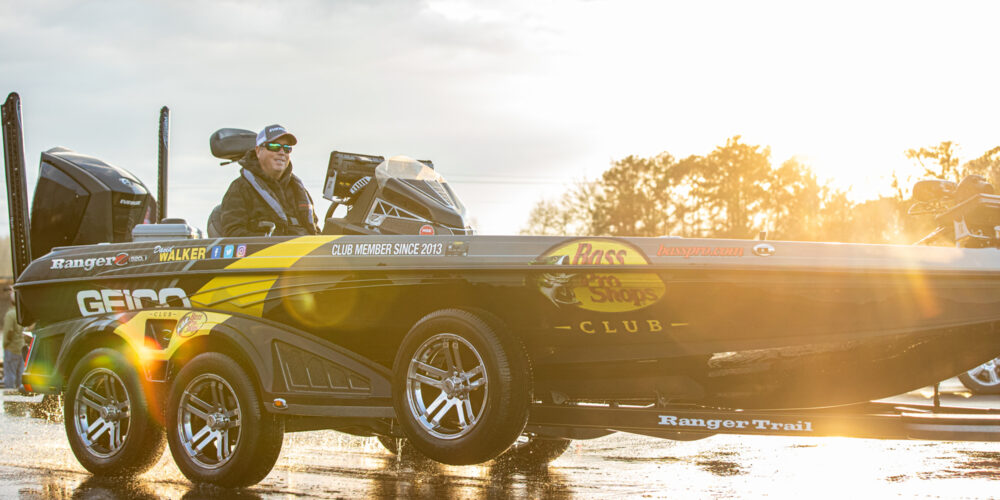 A new fishing season is quickly approaching and thanks to the Bass Pro Tour and Pro Circuit dates not conflicting in 2021, we as professional anglers now have the opportunity to fish both tours next season. When that option became available, there was a lot of discussion among the Bass Pro Tour pros as to whether to fish both circuits.

That was the year I chose to quit my job as a punch press operator and become a full-time professional tournament angler. The idea back then was to fish as many tournaments as possible in a year, and that’s still my goal today.

I’m a professional tournament angler – that’s what I do. I don’t have another job. With that, the more events I fish, the better. Fishing against the best in the business week after week creates a unique environment where learning is accelerated and good decision making becomes automatic.

Back to the Two-Tour Era

Those were some of my best years in the sport. It seemed the more I fished, the better I did, especially when tournaments lined up in a row for several weeks at a time. Going from one event to the next and to the next forced me into a fishing groove where I didn’t have time to think or analyze the next tournament. I just got there, jumped in the boat and started fishing. It forced me to fish from my gut and trust my instincts more.

When I got on a roll where things clicked and I was making good decisions, I could make that groove last three or four consecutive tournaments. So instead of doing well in one event and then sitting at home for two weeks like a caged tiger waiting for the next event, I could strike while the iron was hot.

Some of the most impressive money-making streaks among pros occurred in those years when two-tour pros would get red hot and clear $100,000 to $300,000 in winnings in a month.

Sadly, those two-tour days came to an end somewhere in about 2005 or 2006 due to corporate sponsor conflicts and scheduling conflicts between the leagues. I stayed with the FLW Tour, which was just six events a year and in 2007, they added four more “FLW Series” big money events in the fall, giving us 10 events a year for a while.

That came to an end in 2010, and that was the last time I fished that many big-money events in a single season.

Fishing both circuits next year gives me a total of 13 big-payout events in a season. If I qualify for both championships and Heavy Hitters, that could possibly take it to 16 events. Then there’s the possibility of making a few MLF Cup events, which pushes the possible number to 18 to 20 – that would be a record number of big tournaments for me in a single season, which I would certainly like to accomplish.

I realize two tours isn’t everyone’s cup of tea. We have some pros on the Bass Pro Tour who’ve never fished a two-tour season before because they’ve never had the opportunity to do so. They’ve learned to make a living with six to nine events a year. Some have parlayed their tournament fishing with other fishing income streams like guiding, TV shows or running YouTube channels.

As for me, I fish professional bass tournaments and I’m looking forward to fishing as many national events as I can next year – I’m all in.