EDWIN EVERS: In Search of Numbers 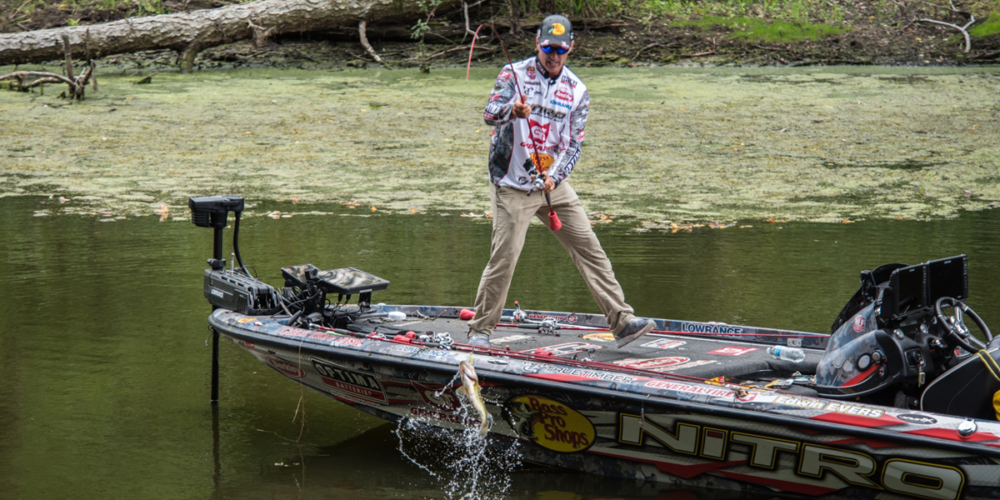 As you probably know, one of the biggest differences between the Major League Fishing format and conventional bass tournaments with a five-bass limit is that every scorable fish counts with MLF and the Bass Pro Tour. That means I have to focus on numbers of bass instead of just a few (hopefully) larger ones.

That affects my fishing in a lot of ways — including some that might not be obvious.

If you have a different definition, that’s fine. I just want you to understand what I mean when talking about power and finesse.

When I’m fishing an MLF or Bass Pro Tour event, I take a power approach. I have to. I can’t afford to start with slow-moving baits, hoping I’m in the right area and that the fish are feeding. I need to cover water, to trigger bites by fishing aggressively, and I can’t afford to fall too far behind the other anglers in the field or I’ll be eliminated. SCORETRACKER® adds to the pressure, keeping me apprised of every catch and pushing me to fish harder.

Some folks might think a finesse approach, with smaller baits and lighter lines, would be best in an every-fish-counts format, but that’s not been my experience. I still have to balance power and finesse in this format. I just do it a little differently than I would in a conventional tournament.

For example, if I’m fishing an area and I think that flipping a jig would be the best way for me to catch some quality fish, I’m going to reach for my flipping outfit and go to work. If I’m right in my assessment, I’ll catch three or four quality bass fairly quickly.

But instead of taking that information and trying to apply it to similar places around the lake — classic pattern fishing — I’m going to double back on the water I just fished and try to capitalize on that area which I know holds fish rather than fire up the outboard and go looking for another area.

But this time around, I’ll put away the jig and fish a wacky worm or something else to give the fish a different look. And if there’s not another boat nearby, I’ll try to let that area rest for a little while. After things calm down, I can often go back and catch more fish in an area I just worked through. The time spent fishing an area I know is productive is better than time spent running around looking for fish.

Applying to Your Own Fishing

Of course, everything I just mentioned will work for you, too. When you find an area that holds bass, it’s extremely unlikely that you’ve caught all of them in your first pass. You should be confident that there are still some fish left behind and that a different bait and technique will help you catch them.

Just beware of boat traffic. If there are other boats in the area, you might not be able to let it rest before going back with another approach. Maybe you’ll have to turn the boat around and go the other direction immediately. But if you can let it rest and go back to your starting point, that’s generally going to help you catch more fish. And more fish is more fun.

Next time, I want to tell you about some of the ways I learn from my competition on the Bass Pro Tour. I think it’ll help you, too.

Remember, in life, every fish counts.