EDWIN EVERS: REDCREST 2021, How Grand It Will Be 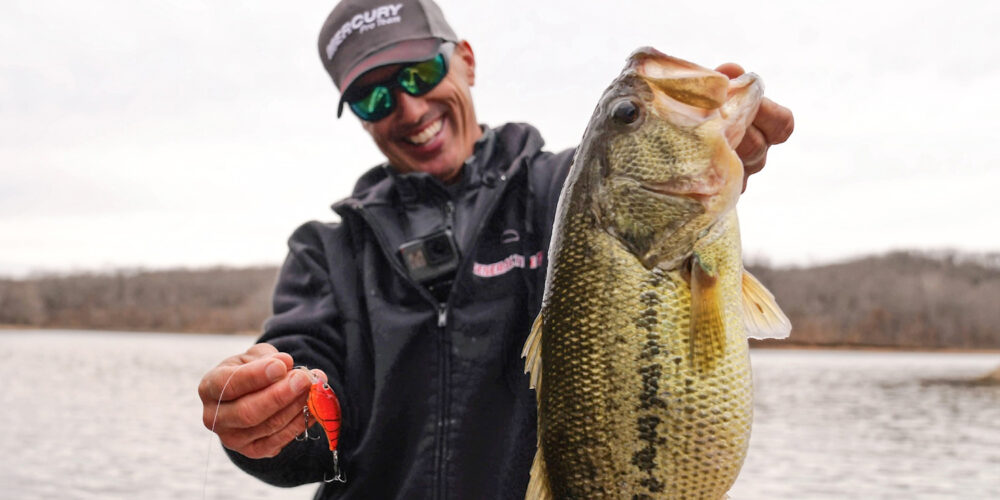 If you follow MLF and the Bass Pro Tour, you may know that I was fortunate enough to win the inaugural REDCREST championship last year. And if you’ve followed my career, you probably know that I’m from Oklahoma, that Grand is my home lake and that I won the 2016 Bassmaster Classic there. So if you think I’m looking forward to defending my REDCREST title on my home waters, you’d be absolutely right!

It’s great to have a big tournament on a lake you know well and feel good about, but there’s no guarantee that I’ll even do well … much less win. In fact, I still have my work cut out for me just to qualify for the championship!

But apart from what a tournament on Grand means to me, I’m really excited about what it will mean to my home state and the City of Tulsa. Just like your community, Tulsa has struggled through the pandemic. The city and its businesses have lost tens of millions of dollars — maybe more — and could really use this good news.

In addition to the tournament, Tulsa will host the MLF Outdoor Sports show. It’s a consumer event, and lots of top manufacturers and retailers will be there to show off the latest and greatest gear that they’ve come up with — stuff they’re probably working on right now! It should be a great event, and I’m looking forward to seeing the show — after I fish the tournament, of course!

And since the tournament ends the day before the final day of the Outdoor Sports show, all the anglers will be there to meet the fans. That’s perfect!

As glad as I am that REDCREST will be on Grand Lake and hosted by the City of Tulsa, you might be surprised to know that I’d just as soon be fishing some other body of water that no one in the tournament knows very well. Fishing near home adds a lot of pressure to a local angler and can even put a local at a disadvantage in some ways.

The first time I ever fished a major championship on Grand was 2013, and I barely made the cut to finish in the top half. I had all sorts of pressures and distractions that you just don’t have when you’re 500 miles from home. I was so concerned about family and friends who came to that tournament that my performance suffered.

The good news is that I learned a lot from that experience, and when the championship came back — three years later — I was ready.

My wife, Tuesday, took a lot of pressure off me by handling all the family and friend responsibilities so I could focus exclusively on fishing, and I managed to win…though it wasn’t easy. On the first day, I didn’t catch a limit, and I needed the next two days to dig out of that hole.

As for the disadvantages of fishing your home waters, the biggest is probably what we call “fishing history.” You launch your boat knowing 100 great spots and instead of zoning in and fishing one at a time, you make a few casts and start thinking about the other 99 spots and wondering if you should be fishing one of them instead. Pretty soon the day’s over, you’ve fished 20 spots badly and you’re out of contention.

I was a victim of “fishing history” in 2013, and it’s an easy trap to fall into. I think it may be one of those problems that you can’t avoid until it’s burned you at least once. Fortunately, I’ve experienced that and know what to watch for. Now I try to go into each event on familiar waters without any preconceived notions.

Embracing the Positives of Pressure

Those are the negatives of pressure, but there are positives, too.

For one thing, pressure makes me work harder and focus more. REDCREST 2021 has already started for me on that level. When I heard the announcement, I started to think about the patterns, locations and baits that might come into play next February. I’ll focus on other events between now and then, but I won’t really stop thinking about REDCREST 2021 until it’s in the books.

The funny thing about pressure — at least for me — is that it has changed through the stages of my career. Early on I felt pressure because I needed to do well to stay in the game, to qualify for a championship or to keep a sponsor. Now that I’m more established and have had some success, that kind of pressure is mostly gone. Instead, I manufacture my own pressure.

For me, creating the kind of pressure that elevates my performance actually comes pretty easy. I think such a thing is either in you or it’s not. You can either motivate yourself or you can’t. You can either get up for the big games, feed off the excitement and drama and find your “A” game…or you can’t.

I love pressure and competition because it brings out the very best in me. It’s what I love about tournament fishing.

And I bet you feel the same way.