GARY KLEIN: From Past to Future, Fish Care is the Cornerstone of our Sport 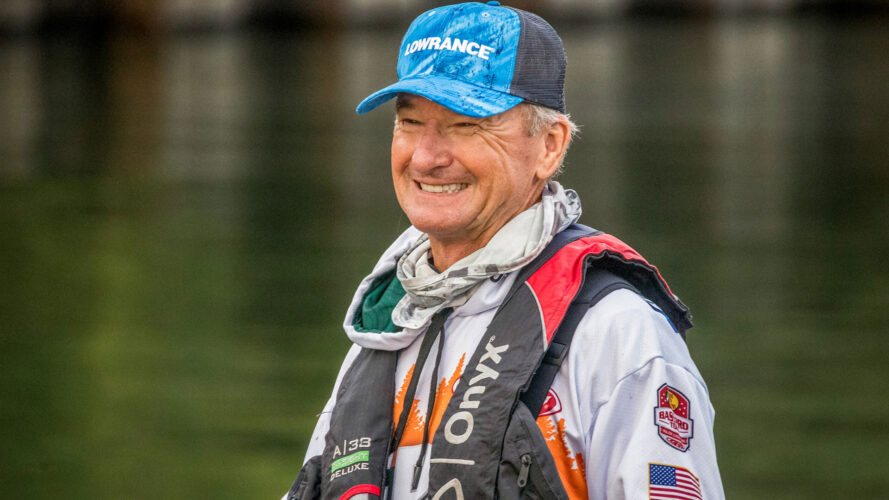 My passion for fishing is hard to explain, especially to anyone who hasn’t shared a similar experience. Like most teenagers growing up in Northern California, I spent a significant amount of my time hunting, fishing, and camping.  I thoroughly enjoyed all outdoor activities.

During the summer of 1973, while working a summer job at Bidwell Canyon Marina on Lake Oroville, I was introduced to my first-ever bass fishing competition. Although it was just a local fishing tournament, to me, it was a life-changing event. It was the beginning of my long-lived angling career. I am humbled and honored to have been inducted in 2018 into the Bass Fishing Hall of Fame, and to have the opportunity to be a part of the evolution of our sport over the past 48 years.

Evolving From the Beginning

Competitive bass fishing tournaments were made popular by Ray Scott in the mid-1960s, when he created the Bass Anglers Sportsman Society. In those early events, the daily limit of bass per angler was 15. Boat livewells had not been invented yet, so every bass brought to the scale was dead or dying. This situation tremendously increased the amount of mortality on the population of trophy-sized bass at these events.

Ray Scott was smart enough to recognize that the future of bass tournaments would not be successful if the anglers continued to kill their catch during competition.

In 1972, Mr. Scott started working with boat builders such as Forrest Wood to figure out how to incorporate a livewell system into bass boat designs so the Bass Anglers Sportsmen Society could promote live release during their tournaments. The successful addition of the livewell system significantly decreased the mortality rate of fish across our country and popularized the term “catch and release”.

In 1979 when I started competing in B.A.S.S. events, an angler’s daily bass limit was seven. In the early ’90s, following state regulation changes, this was reduced further to five.

Early in my competitive angling career, I recognized that the sport’s impact on fisheries would be in the hands of the anglers and the organizations, and without proper management, it wouldn’t last. Even with the most advanced livewell systems and fish-care additives being used, specific issues still needed to be addressed.

In the mid-1990s I saw the spread of the Largemouth Bass Virus and quickly learned that infected fish transported in a livewell could spread the virus to other fish. During this time, I also witnessed the introduction and spread of numerous invasive species from one waterbody to another across the country.

In 2006, Texas Parks and Wildlife Division (TPWD) reached out to several professional anglers who represented the Professional Anglers Association (PAA) for help in creating a tournament format that would be the benchmark for the first national bass fishing tournament held on a TPWD trophy lake. Thus, the Texas Toyota Bass Classic was born in 2007 on Lake Fork.

I’m proud to have had such an integral role in the innovative creation of the catch, weigh, release format. The TTBC continues to be TPWD’s premiere stand-alone tournament.

Then in 2009, Boyd Duckett, myself, and a small group of individuals started a conversation about how to advance competitive angling beyond what were currently the standards. The result was the creation of the MLF catch, weigh, immediate-release format, which revolutionized the modern bass tournament. Because of the emphasis on fish care, we knew this was the future of our sport!

Fast forward to 2021 and the birth of the Major League Fishing Fisheries Management Division (FMD). This is a project that I feel sets the stage for MLF and our anglers to become a leading voice in critical conversations about how our fisheries are managed.

Each pillar touches on things that I’ve learned throughout my career: Educating anglers on topics like how to minimize mortality in your livewell; building and installing habitat in aging fisheries; collaborating with state fisheries biologists and researchers to better understand our fisheries.

All of the above are opportunities and challenges that I welcome!

The Fisheries Management Division has a special place in my heart because I refuse to believe the best fishing opportunities are in the past. Instead, I want to be part of the equation that ensures our future generations of anglers and lovers of the outdoors that the best is yet to come.