JACOB WHEELER: Time for a reset as 2023 season approaches 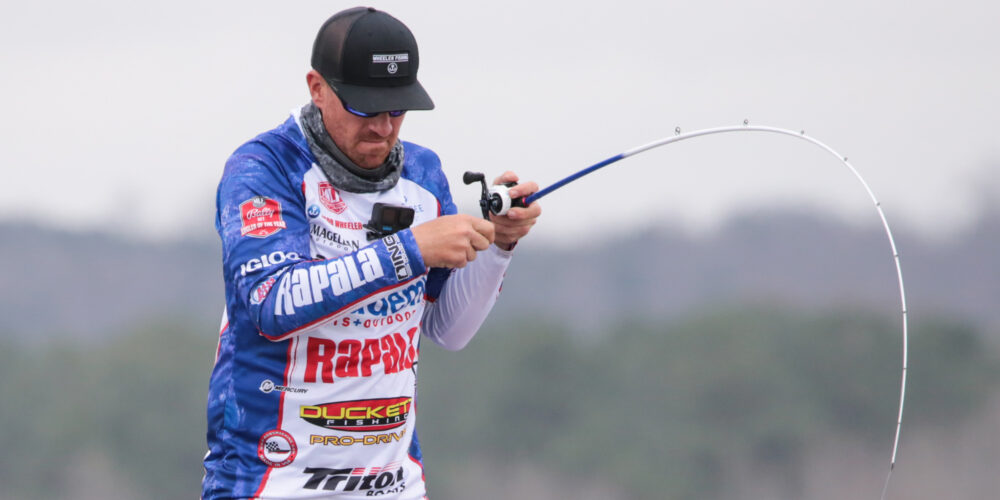 As we move toward January, it’s time to bring the 2022 season to a close and begin the 2023 season. Some people call this period of time the “off season,” but I don’t really see it that way. Due to the amount of competition in our sport these days, there really is no off season anymore. Sure, there aren’t any tournaments going on, but I’m always working on my game in some way. So right now is as close to a break between the seasons as I’ll get.

Over the holidays, I’ll be spending time with family and friends and traveling to somewhere warm for a few days for the New Year’s celebration. If anything, this time is more of a reset between seasons – a couple of weeks to hit the reset button on everything and start with a blank slate in 2023. With that, here are some of things that have been rolling through my mind as we embark on a new season.

Speaking of a blank slate, starting in 2023 I will be running a new boat; not just any new boat either, but a new boat from a brand-new boat company named iKon. I’m in a very unique position to be working closely with iKon in building my own custom bass boat. Just like some might build a custom home exactly to their liking, I’ve been busy designing a tournament bass fishing boat to my specs.

The project is still in the works, so I can’t say a whole lot about it just yet, but it’s certainly been something I have been working on and I am looking forward to rolling this new craft out in 2023.

As most fans know by now, MLF changed the Bass Pro Tour scoring format from every (scorable) fish counts to a five-fish limit for 2023. It’s still catch, weigh and immediate release, but only our five heaviest bass will count in competition days.

While this is certainly the headliner change getting all the attention right now, I’m more intrigued with some of the smaller format changes that no one is really talking about. For instance, the last two days of the BPT events will now be cumulative weight. Instead of zeroing weights out after the Knockout Round and starting from zero in the Championship Round, an angler’s Knockout Round weight will carry over into the Championship Round and the combined weight of those two days will determine the winner.

Going to five fish is certainly a big change, but that final two days of cumulative weight is an interesting twist that I’ve been rolling over in my head from a strategic standpoint.

I’ve also been studying a couple other interesting nuances in two regular-season events that have me thinking hard as well. The BPT event in Tennessee will be a blended event between two lakes: Cherokee and Douglas. The Qualifying Rounds will be held on Douglas and the Knockout and Championship Rounds will be held on Cherokee, so practice strategy will be huge in that event. Do you spend more practice time on Cherokee finding winning fish? Or do you spend more time on Douglas finding the fish to make sure you get to Cherokee?

Guntersville in mid-May will be a brain teaser, too. Normally we go to Guntersville early or late, when everything is either more pre-spawn to spawn or totally post-spawn. But mid-May will offer so many options, it’ll be a bit overwhelming. There will be some fish out, some still hanging around beds, some on bluegill beds, some shad spawn might still be going on – there are literally so many opportunities going off at that time, trying to pick one or two of the best deals to commit to could be a challenge. It’s easy to get way too spread out in events like that.

With the Bass Pro Tour going to a five-fish format, I’ve already heard some people say that a five-fish game will diminish the role of forward-facing sonar. Their reason being, guys who fish the bank for fewer (but bigger) loners will now dominate, especially since there are only 40 guys fishing per day and the bank will be wide open. It’s an interesting prediction, but as I’m turning it over in my head right now, I’m not buying into it.

I’ll dig into this a little more in a few weeks in a blog, but if there’s one thing that forward-facing sonar has taught me, it’s that everything we assumed about bass behavior that came from books, magazines and videos from years past is mostly false. Other than actually spawning – which we could already see – bass simply do not behave in all these certain ways at certain times like we have “learned” over the years.

Literally, every single day that I study fish on a forward-facing sonar, I learn something new about them that I never knew. What’s truly mindboggling is how much we actually don’t know about bass. That’s why so many young anglers are coming in and crushing in the sport these days. Their heads are not full of a bunch of bass behavior myths. Their minds are clean slates learning what bass really do. But we’ll dive into more of that later this season as well.

Hitting the reset button each year also means looking at my overall goals for the season and tweaking them for what I want to accomplish. The last two years, winning Angler of the Year was my primary goal, and I accomplished that. During the last two years, I have been more motivated to win regular season events that counted towards AOY than I was to win REDCREST or Heavy Hitters.

That’s not an excuse. Trust me, I fished just as hard in those events, but I didn’t prep for them quite as well as I could have. Also, this year MLF is taking away the automatic bid to the Championship Rounds, and I liked that option for piling up points in the AOY race. With that, I think I’m developing sort of an itch for a REDCREST trophy, so Lake Norman has been on my mind a lot.

Weights from the two previous days – the Knockout Rounds – will carry over again, so the final day’s winning weight will be based on three days of accumulated weight. I like the strategy involved in this format, so I think I’ll be putting in some time at Norman soon!

Right now, I’m headed to hit the reset button and wishing all of you safe holidays.