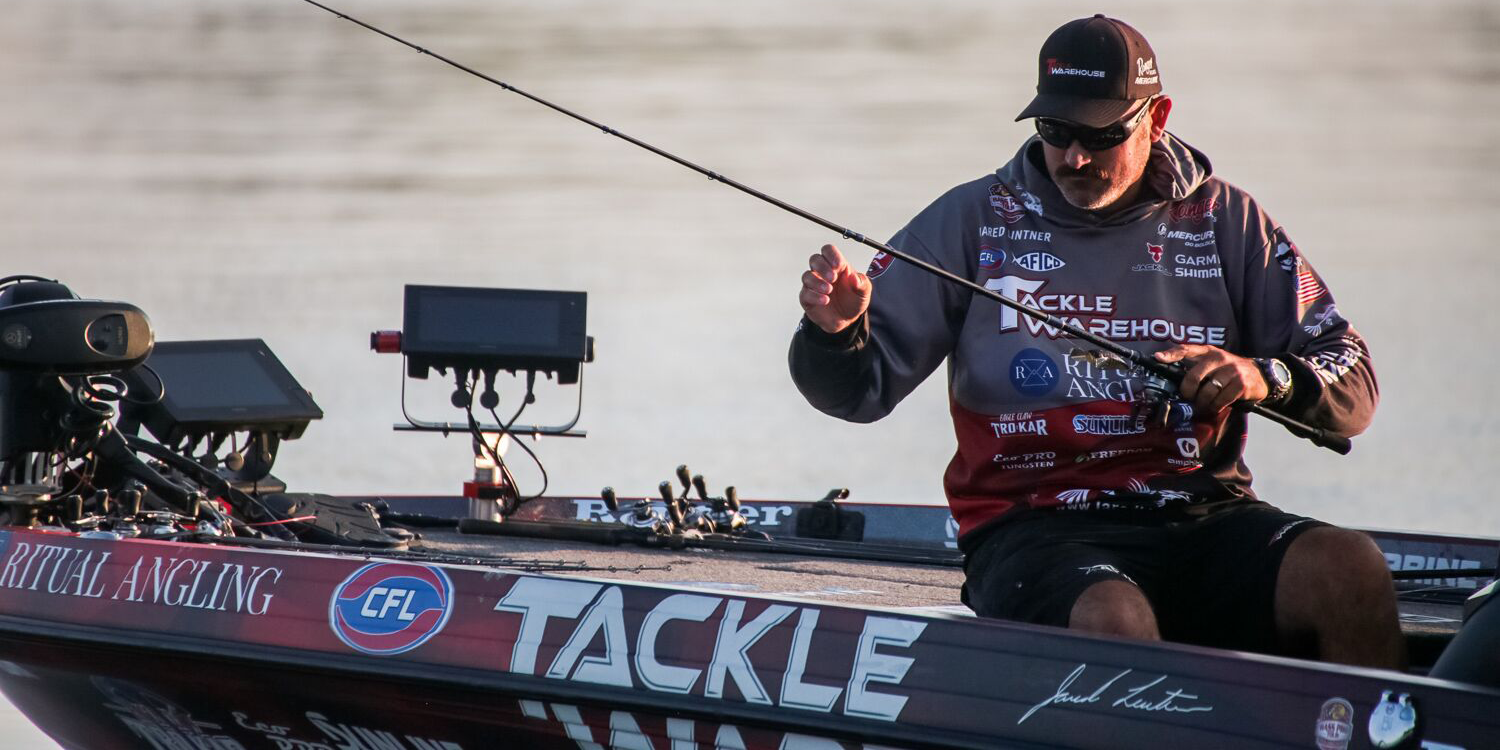 I just got done fishing the WON BASS U.S. Open on Lake Mead for the second time in my career and I came home with a 36th-place finish. We got lucky with the weather because even though we were in the desert just outside of Las Vegas, it wasn’t too hot. We had a howling wind gusting at about 35 mph on our practice day, but once the tournament got started, there was no wind to be found. It turned out that we really needed any sort of wind because the fishing out there was really tough.

When I fish out in the desert, there are really two schools of thought: you can either finesse fish or you can throw big reaction baits. When you finesse fish out there, it’s really about a drop-shot, a Ned rig or a shaky head. You hope to run up on a school of bass and get them in the boat pretty quickly. Since the water is so clear, you can see down to like 25 feet. It’s a great technique to use, but I chose to go the opposite route and fish for reaction bites.

The problem with fishing for reaction bites on Lake Mead is that you have to commit to it and the fish have to be committed to your bait. The fish in the lake were just not that active this year as compared to years past. This was the kind of tournament where you hoped to get seven bites all day. It’s really tough out there mentally when 10 a.m. hits and you only have one bite all morning. You have to be confident and comfortable in what you’re doing. It’s no different when I’m fishing a Bass Pro Tour event.

Struggling for a Bite

There were times when I was sitting out there wondering, “Is there even a fish in this lake?” Obviously, there were, but that’s how it can feel sometimes. It’s kind of like picking your poison. I’ve seen the U.S. Open won on a drop-shot, but I’ve also seen it won throwing a topwater. It’s all about who can figure out what the fish want. There were also about 250 boats out there so I’m sure those fish got tons of pressure. To stay mentally focused in that tournament was really challenging.

Growing up out west, I had a lot of experience fishing tournaments on smaller lakes. Even though there were only about 30 or 40 boats per tournament, those fish in the smaller lakes can feel a lot of pressure. I think fishing those kinds of tournaments prepared me for the U.S. Open and knowing that not every event is like an MLF event. That’s what makes MLF so unique, I think. To go out there and to get 30 or 40 bites in half a day of fishing is such an impressive feat and we see the guys on this tour do it time and time again. To even do what we do against the quality of competition we go up against every event is just crazy to me.

While I’m not completely happy with my finish, one of my old fishing buddies ended up winning the U.S. Open, so I can’t be too mad. Right now, I have one more MLF Cup event to fish before the offseason really begins in earnest for me. Once I get through this cup, it’s time for a little rest and relaxation (finally).