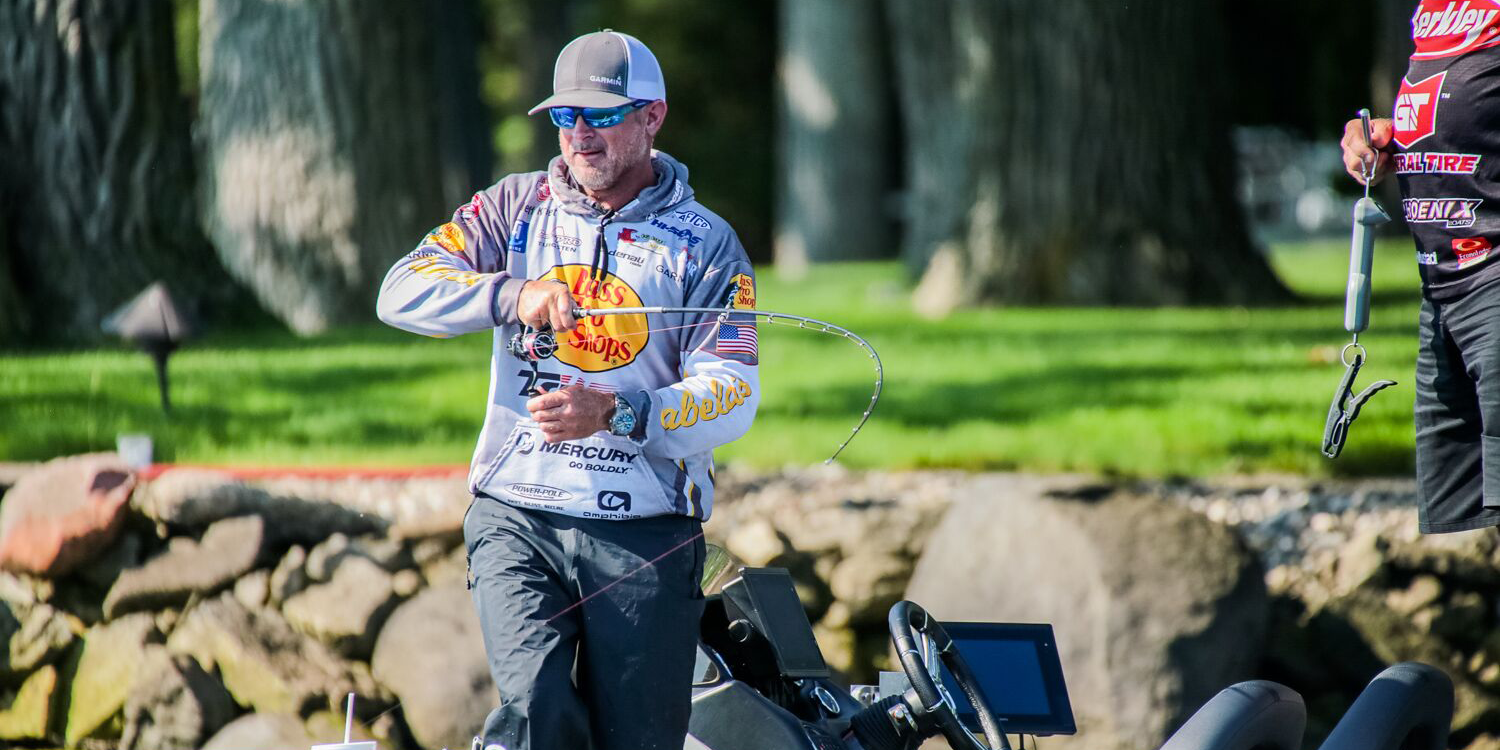 MLF pro Jeff Kriet has spent much of his offseason recovering from neck surgery. Photo by Phoenix Moore

It was a tough year for me. I’m pretty disappointed I didn’t make a Cup event and I only cut three checks all year long. I had plenty of chances to capitalize on good starts, but I was unable to do so.

Now that the offseason is here, I’ve really had some time to think about how I could improve. Mostly because I’ve spent the last couple of months recovering from neck surgery.

My neck had been hurting for a couple of years and had been aching for the entire Bass Pro Tour season. I found out I had a pinched nerve in my neck and had been receiving epidurals to try and curb the pain. The epidurals worked for a while, but the pain continued for much of this year. My doctors and I decided that it was time to fix the problem for good and have surgery.

After Stage Eight, I had my C7 disc replaced. The recovery time for that procedure is about six weeks, and during that time I really couldn’t do anything. Six weeks may not sound like a long time, but when you’re not able to move or do anything, it felt like prison. I was starting to get depressed because I wasn’t able to move around or do anything I wanted to do because my body needed to recover.

Sitting still is not easy for any professional angler, especially for me.

Since I couldn’t go anywhere or fish, I needed to fill my time with something. Thankfully, MLF was there to kind of be my escape. I watched all the live streams from all eight stages, REDCREST, and the Cup events on Outdoor Channel. After getting to watch all of those back, I realized just how long an MLF event really is. A lot of time elapses from the start of practice to the end of the Championship Round.

I think I spent most of the season behind the fish, which is a big reason why I struggled so much. I would spend my practice time finding a pattern that could carry me for the first couple of days of competition, but by the time the Knockout Round rolled around, that pattern would run out. The guys who did well this year were always ahead of the curve and ahead of the fish and that’s what I need to improve on next year.

I just got released to start fishing again, and I’m luckily not hurting anymore. I have bumped my fishing up to a couple of days a week and I’m feeling great. I’m hoping being healthy is going to make a big difference for me next year.

While having my neck injury is not an excuse for my struggles this season, it made it extremely hard to focus on only fishing. Major League Fishing is unlike anything I’ve ever experienced in the fact that you have to constantly be focused on the task at hand. Now with no pain and a plan for next season, I’m ready to get started.

GREG HACKNEY: My Baits to Get Bites in Each Stage of the Spawn

JEFF SPRAGUE: Try Something Different with a Wakebait this Spring