JUSTIN LUCAS: Here’s What Changed for Me During the 2020 Bass Pro Tour Season 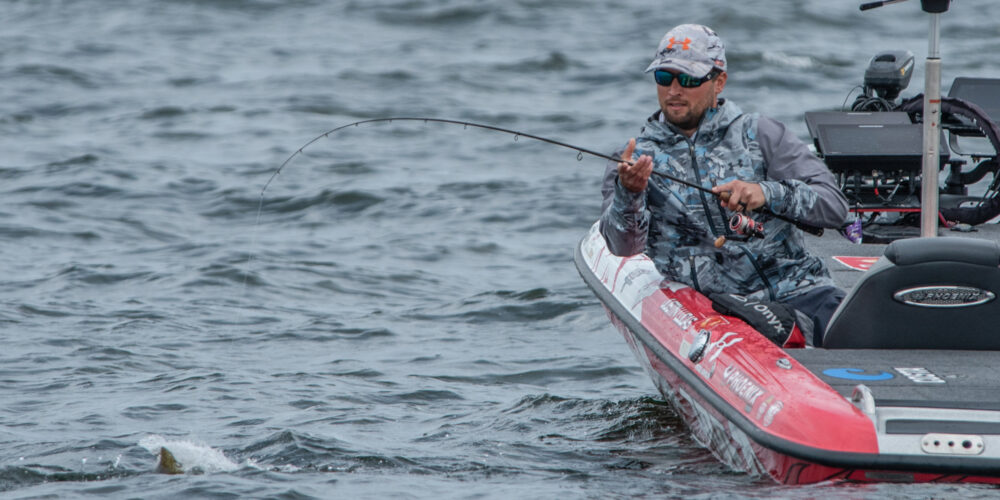 I’m not going to lie, 2019 was not easy for me fishing the MLF Bass Pro Tour. I was so emotionally involved with the new tour and what I felt needed to improve or change to make it even better.

So much of my focus last year was on what we needed to do to be better as a business. I was on the angler advisory board and was constantly attempting to have change implemented.

Well, we made some changes, like the 2-pound minimum for a scorable bass. When things started to get better, in my opinion, I left the angler advisory board and started to focus on fishing again.

My main change as a professional angler this season was how I practiced. Last year was a learning experience for me. Like I said, with my involvement with the business side, I really saw an impact during the first four events of 2019 where I didn’t cash a check. I started to change how I practiced and then cashed checks in the final four events.

I carried that over to the 2020 season. I learned to locate an area and find a larger population of scorable bass in the area. Instead of running around using one technique and attempting to run a specific pattern all of the time, I switched to fishing a larger area more thoroughly, using as many techniques necessary to catch as many scorable bass as possible.

For instance, during the Heavy Hitters event, I caught bass on Toho with a Carolina rig, Texas rig, swim jig, walking topwater, shaky head, and a swimbait. I used multiple approaches in a specific area, and it worked out well.

Of course, my win at Sturgeon Bay was different. Those northern smallmouth really like the drop-shot and I knew I could catch them using it. I knew when I got up there I was going to look on the bank for beds, but I didn’t see any – not even old ones. I knew they had already spawned, and was confident that they moved out a little way offshore.

They take their time getting out there. I felt that 12 to 16 or 18 feet could be that magic depth in the bay. I knew they’d be migrating deeper, and the wind wouldn’t move them as much as it would out in Green Bay or the main lake. It worked out well for me.

Winning at Sturgeon Bay was huge for me mentally. I hadn’t won in a while and it really lifted my confidence. I felt like I could’ve won at Heavy Hitters, too. It’s not often you get that feeling, but the last two events, I had it. Heck, one or two extra fish during the three other events, and I could’ve had an even better season. But I qualified for next year’s REDCREST and Heavy Hitters, so this was a very good year.

My Bass Pro Tour season may be over for 2020, but I have two more major events to fish: the FLW Super Tournaments on the Mississippi River and in Sandusky, Ohio. Then, it’s offseason for me and it’ll be time to chill with my family and cook on the Traeger.