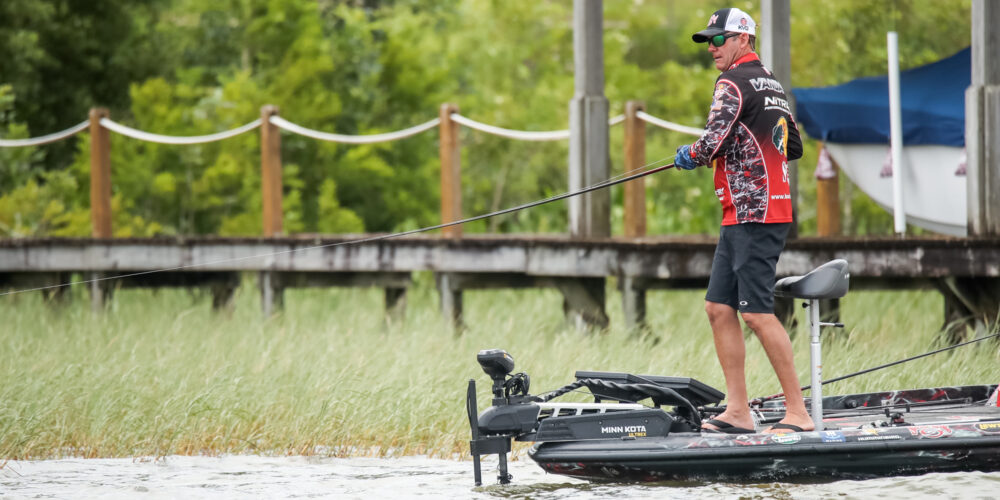 Major tournaments have always gone to Florida in January and February, but the recent Harris Chain event proved that May is a great time to fish the Sunshine State. Photo by Josh Gassmann. Angler: Kevin VanDam.
June 1, 2021 • Kevin VanDam • Angler Columns

For as far back as I can remember in my tournament career, I’ve always fished Florida in January and February. All the tours and circuits I’ve fished through the years have always made their annual stop in Florida during the cold-weather months. As tournament anglers, we’ve been programmed to believe that winter is the only time to fish in Florida.

After the recent Bass Pro Tour event on the Harris Chain, I’d like to tip my cap to Major League Fishing for finally breaking that well-worn mold of going to Florida in the winter. Since it was May, the Harris Chain was basically a “new” venue for most of us. And even though I didn’t do as well as I’d have liked, the fishing was pretty incredible.

I’ve been pleasantly surprised by how good the fishing is in Florida this time of year, but it’s no surprise to Floridians. For years, guys like Bobby Lane, Shaw Grigsby, JT Kenney and Terry Scroggins have told me that Florida bass fishing doesn’t really shine until April and May. Now I believe them!

In all fairness, though, I can’t blame tournament trails for steering clear of Florida in the warmer months. From a conservation standpoint, it’s risky to hold traditional tournaments that far south at that time of year due to putting stressed, postspawn fish in livewells in warm weather. Thankfully, the Bass Pro Tour’s catch, weigh, immediate-release format provides their pros a unique opportunity to experience this kind of fishing at a “new” time of year in Florida.

The first thing I like about Florida in May is NO cold fronts! I’ve been to Florida plenty of times in the winter when it’s bitter cold, just as cold as anywhere else in the Southeast at the time. Cold fronts mess Florida fish up worse than other strains of bass. When a hard front pushes through Florida, it craters the water temperature by 15 degrees and the week turns into a frigid grind for just a few bites. But by this time of year, all that’s over with. The weather is warm and stable and the water temperature is well up into the 70s.

I also like the fact that the spawn is pretty much over by May. When Florida bass have spawning on their mind, they get weird and fickle. They do a lot of neutral cruising and sunning, where you can see them, but they’re not very interested in eating. However, when the spawn is mostly behind them, all they’re interested in is eating. They’re hungry, their metabolism is higher – they’re essentially eating machines like we saw at Harris Chain.

By May, the different ways to catch bass in Florida become more numerous as well. Shad spawns and bream spawns are in full effect. Lake vegetation has greened up and thickened up, creating more cover and giving the fish more ambush opportunities. The lure arsenal expands to include more lure options like frogs, poppers, Sexy Dawgs and swim jigs.

Fishing places like the Harris Chain and the Kissimmee Chain in May is really like fishing a whole new lake compared to fishing them during the traditional winter months. For recreational anglers who have been convinced winter is the only time to fish Florida’s iconic bass lakes, think again. April and May are pretty good options, too.