LUKE CLAUSEN: Trying to Get Back to Winning Ways 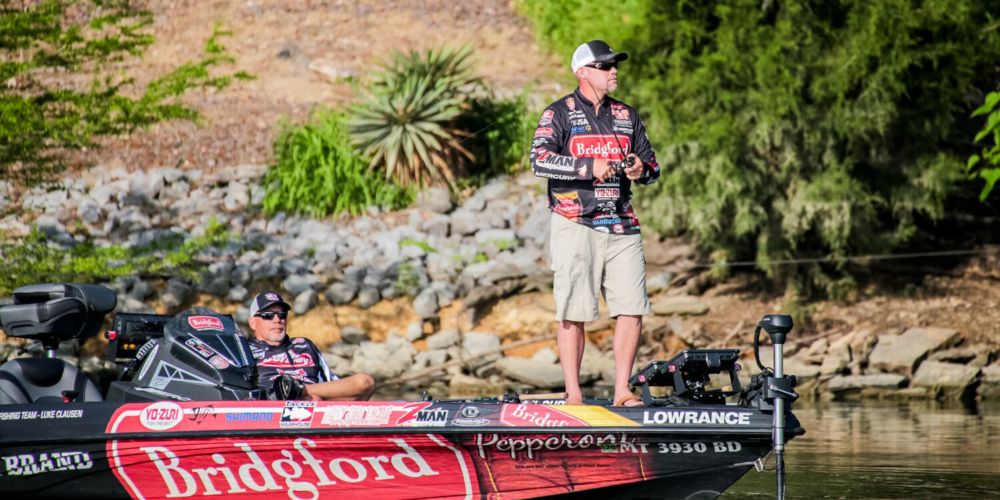 I’m going to say something that isn’t going to come as a surprise to most of you: fishing is harder than it looks.

That’s a lesson I’ve learned over the course of many years during my professional career. At first, it didn’t start out very difficult. I was able to win the FLW Cup as a rookie in 2004 at Logan Martin Lake, and the Bassmaster Classic in 2006 at Lake Tohopekaliga. That was just 18 months into being a full-time professional angler.

I couldn’t really help but think that this was a pretty easy gig. I was saying to myself, “This isn’t that hard, I can go out and win these big tournaments no problem.” I was young, and didn’t really know what I should have been doing as far as technique is concerned. I just knew I was going out there and doing what felt right at the time, and luckily cashing some bigger checks.

I came back down to Earth because it got a little more difficult after that. Since that Classic win in 2006, I’ve only notched one more win in my pro career, and that was in 2011. I’ve strung together some Top-10 finishes and even some Top 5s, but the wins have evaded me.

I guess the difference now is that I fish harder than I did when I was younger. Not that I didn’t fish hard back then, but now I just feel a little more pressure to do well and try to win.

What I’ve discovered over the past few years is that a fishing career is really about managing the ebbs and flows that you come across. I had that early success, but there have also been a few times where I’ve gone out and just gotten my butt kicked. When you’re getting your butt kicked, you feel like you need to work harder and sometimes that’s not always good. You can overthink simple things or put too much pressure on yourself and make a mistake you wouldn’t normally make.

I also think that wins are viewed differently than they used to. Back when I won the FLW Cup and the Classic, there weren’t that many tournaments, and if you won one of those big ones it was a massive deal. Now, if you win a tournament, people forget about you the next week because they’ve already moved on to watching the next one.

It’s kind of like information overload with all of the tournaments and YouTube channels. I’m glad I won my events when I did because it felt like they were celebrated and recognized for a longer period of time then.

Don’t get me wrong, I still want to win. I’m hoping that my next win comes here this season on the Bass Pro Tour. I’m going up against the most stacked field I’ve ever faced, so to get a win against these guys would be pretty amazing.

A win for me wouldn’t be about the instant gratification of winning, it’s more about gaining confidence. We saw it with Edwin this year: When you get on one of those hot streaks, your confidence can carry you a long way. I want to win not only for the trophy and the money, but really to try and kickstart it into even more wins down the road.