MARK DAVIS: The Evolution of Bassin’ for a Living 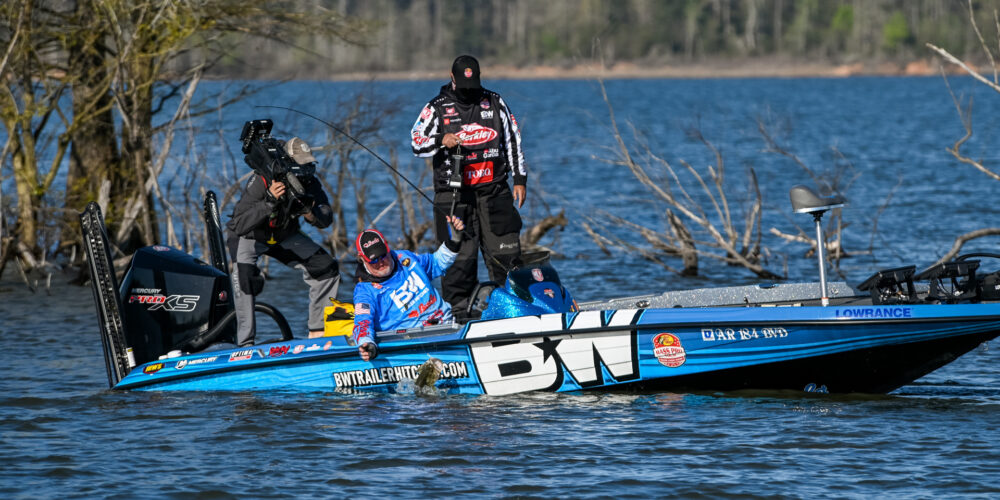 Professional bass fishing, like all professional sports, has changed.

When you think about it, it’s a relatively new sport. Since B.A.S.S. founder Ray Scott began the Casting for Cash tournaments in the late 1960s, and the first-ever Bassmaster Classic in 1971, that puts the sport at roughly 50 years old. Young in comparison to many professional sports.

So let’s take a quick look to see how the actual sport has changed.

In the beginning, the only format was a random-partner draw where a boater or professional angler were paired up together. Both anglers would have to decide whose boat they would use and whose fish they would fish for.

Not exactly the best format, but it was necessary because two anglers from the same state were never paired as partners, in case they knew one another and might cheat or break a rule. This was the way the sport policed itself, along with a set of rules enforced by the tournament director.

It’s also noteworthy to mention daily bass limits were as high as 15 bass per angler depending upon state regulations.

This format style stayed in place for roughly 20 years. When I began my professional fishing career in 1986, it was pro-on-pro draw.

And I’d like to mention some of my most memorable events were shared alongside fellow pros I’ve drawn like KVD, Jimmy Houston, Paul Elias, Guido Hibdon and Gary Klein. The cool thing about spending the day with your competition is that he sees your “A” game and you see his! Not to mention the relationships you acquire.

But this story is about the evolution and, in 1987, winds of change were coming. At the request of the professional anglers, and to allow for a more even playing field, pro-am style events were first held on Lake Okeechobee in the fall of 1987 and again in 1988.

The pro-am style event was an instant success. Professional anglers loved the format because they were able to have control of the boat and all decision-making throughout the entire day. The co-angler or amateur also loved it because he could now compete with other co-anglers who were all restricted to fishing in the back of the boat.

Daily limits were finally reduced to five fish in the early 90s.

The numbers speak for themselves. More emphasis on bigger bass, less on numbers.

I’m saying this because many anglers today have never fished for anything other than five bass .

I can remember thinking in 1995, when I won the Bassmaster Classic, “This sport is great.”

How could it get any better? The pro-am format and a five-bass daily limit was the best format we had experienced.

But we soon realized to further even the playing field, more changes were needed. Those changes came in the form of a boat official, marshal or referee.

The problem with the co-angler or amateur competing out of the back of your boat was obvious: He was fishing hard to catch bass the pro had located. Thus, catching bass that the pro could potentially catch. And some co-anglers didn’t even fish while others fished very hard, so you can see the obvious uneven playing field pro-am formats created.

I haven’t mentioned the various leagues that have shaped our sport: B.A.S.S., FLW and MLF.

I’ve had the opportunity to compete in all three. Each league has contributed immensely to the evolution of the sport. The changes I’m referring to were to always enhance the competition.

Without a doubt, the biggest change in the evolvement of pro bass fishing has been the catch, weigh, immediate-release format. Pair that with every scorable bass counts and it’s a game-changer for the sport .

Let’s take a moment to analyze the pros and cons of this newest evolvement.

What will be the next evolvement? One thing is for sure: Professional bass fishing will continue to change. It’s a great sport and no matter how much it evolves, there’s always room for further improvements.